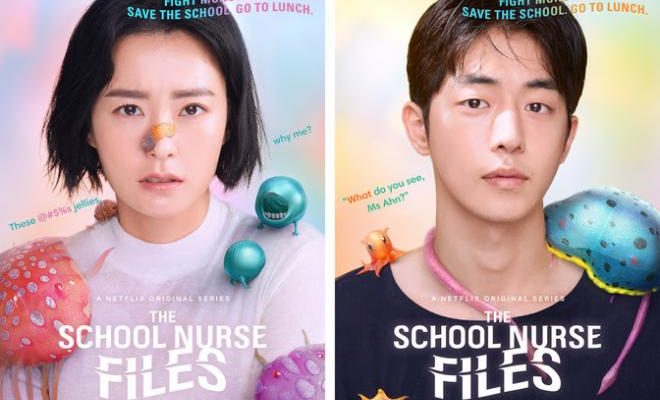 A colorful, magical yet strange world will accidentally be revealed in this latest K-drama The School Nurse Files starring Jung Yu Mi and Nam Joo Hyuk.

Jung Yu Mi and Nam Joo Hyuk, who both work in the same high school, team up to fight supernatural jellies or the invisible blobs of greed that endangers the entire school in this upcoming quirky, fantasy series. 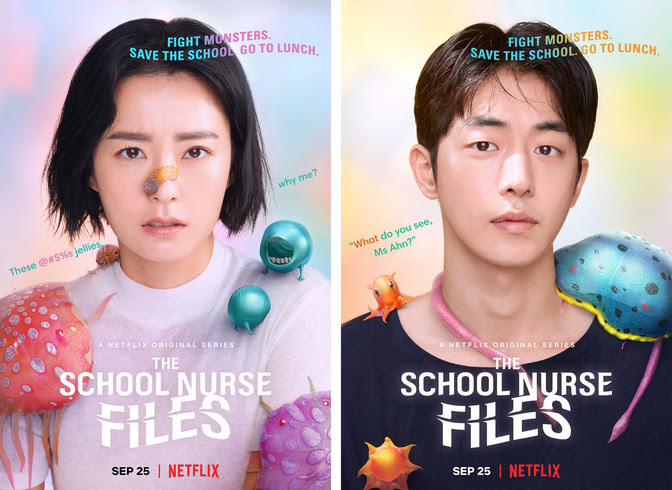 Jung Yu Mi plays Ahn Eun-young, the school nurse with supernatural abilities to see ghosts and the jelly, monster-like creatures. Invisible to others, Ahn Eun-young has been fighting off the jellies alone using the unlikely combination of a rainbow-colored toy knife and BB gun. She has accepted it as her lone fate until she discovers that Hong In-pyo can help her win the battle against the jellies.

Nam Joo Hyuk portrays Hong In-pyo, a classical Chinese teacher and the grandson of the school founder. He has accidentally unleashed the jellies out of containment putting the entire school and all the students in danger. While he is the cause of the chaotic and eccentric mess with the jellies, he is also the only one who can help Ahn Eun-young beat them.

The School Nurse Files is based on the novel School Nurse An Eunyoung by Chung Se-rang. The series, produced by Netflix, is directed by Lee Kyoung-mi of Crush and Blush and The Truth Beneath.

The School Nurse Files premieres on September 25 exclusively on Netflix.