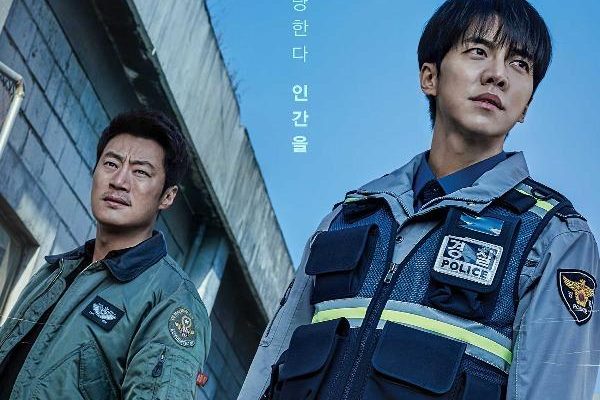 K-Drama Sneak Peek: Lee Seung Gi and Lee Hee Joon Are Up Against A Vicious Killer In tvN Drama “Mouse”

A completely disturbed individual is on the loose, leaving a trail of murders that causes great fear among the population.

Mouse is tvN’s latest foray into the crime thriller genre and it looks like it is up to the task. The teasers released shows a dark and gritty series that would definitely excite fans of the genre. The network’s latest offering boasts of a stellar cast and reliable production team. 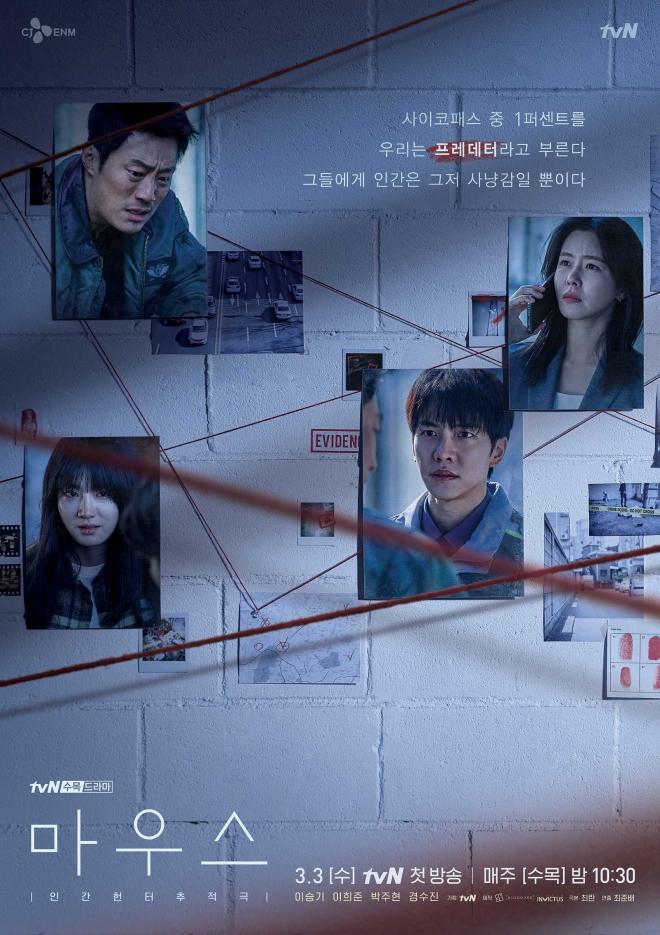 The series follows two police officers who are chasing after a ruthless serial killer who belong at the top 1% of psychopaths. Rookie Police Officer Jung Ba Reum is a reputable individual and an advocate of justice. He came face to face with the murderer and luckily survived the encounter. Meanwhile, Go Mu Chi is a tough and relentless Detective keen on avenging his parents’ deaths.

Mouse explores the concept that psychopaths are not created but rather they are “naturally born”. It challenges the possibility of knowing psychopaths before they are born through genetic testing to be performed on the fetus inside the womb. It also poses a question that if the unborn child is indeed a psychopath, should parents keep it or not?

Born with good looks and great personality, Jung Ba Reum is an upstanding individual. He was awarded the Citizen Hero Award after beating bullies when he was in high school. Ba Reum is currently a rookie officer at a local substation. Keen on helping the residents, most especially the elderlies living alone, the young man often visits them. He does the laundry, fix broken things in their houses, and even helps out in buying their groceries. However, an encounter with a psychopathic killer will forever alter his life. 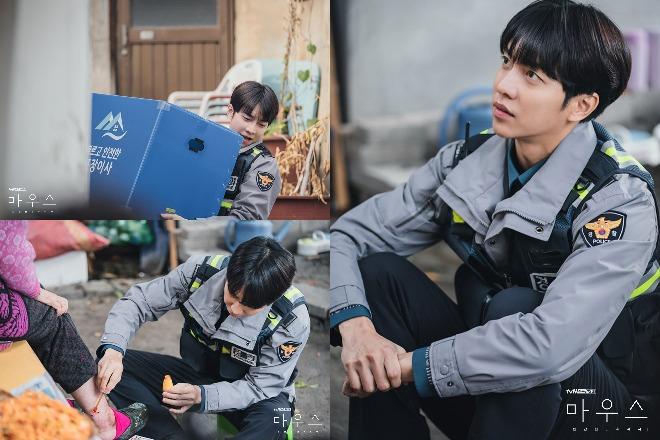 Known as the “gangster detective”, Go Mu Chi has built quite a reputation. He is hot-tempered and often confused as a criminal instead of a Police officer. He will go to great lengths and use any means necessary to arrest a criminal. As such he has the highest arrest rate in the station but refuses to get promotion. His motivation for becoming a Police officer is to avenge the deaths of his parents who were killed when he was a child. He wants to kill the murderer who is already in jail. He is willing to be a monster in order to catch the vicious killer known as the Predator. 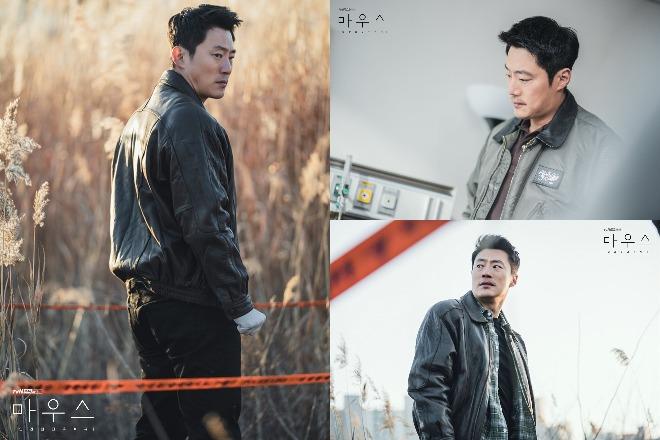 A martial arts expert and troubled high schooler who lives with her grandmother. Bong Yi often says what is on her mind and does not bother with niceties. She is tough but with nursing a deep wound in her hurt. An incident that happened ten years ago made her realize that she is the only one who can protect herself, hence, she is always on defensive mode. Her school bag contains sports gloves and training paraphernalia instead of books and school stuff. Her grandmother always urges him to marry Jung Ba Reum for she believes Bong Yi will be a lot safer if she marries a Police officer. 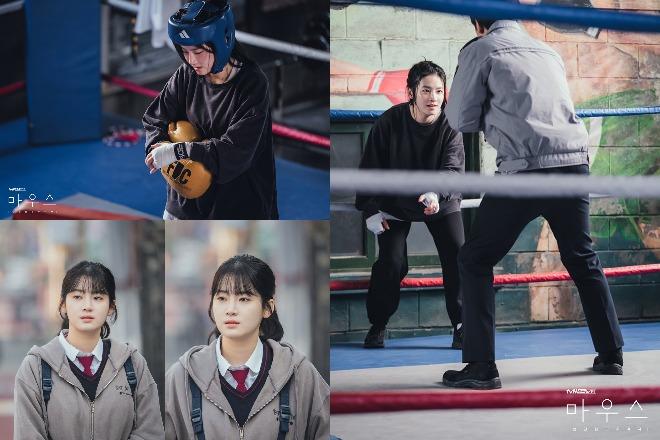 Choi Hong Joo works at OBN Broadcasting Station as a Producer for Current Affairs and Culture. She earned the moniker “Sherlock Hong Joo” for her tenacity and ability to cover stories. Hong Joo is willing to give everything to have the best coverage. She is confident and her instincts are always on point. Choi Hong Joo won several awards for Journalism including the Celestial Arts Awards which she won at a young age. She is considered as the best reporter at OBN Broadcasting station. Hong Joo often frequents the Police station to get information for her stories and the psychopathic killer has caught her radar. However, she opens a can of worms as gets closer and deeper. Within it is a harder truth that she has lived with and kept hidden for 25 years. 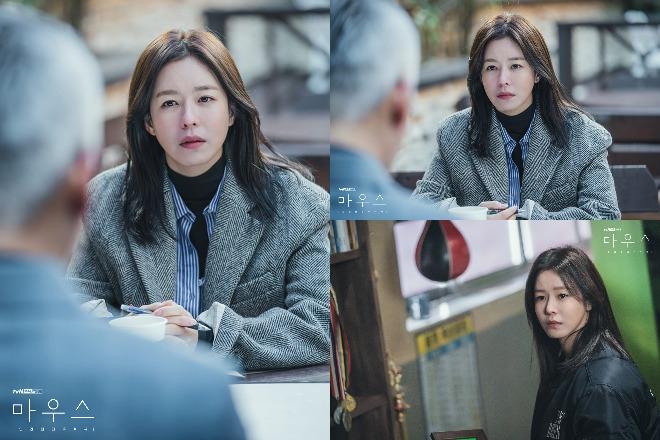 The drama will have a 19+ rating for its pilot episode. The reason being is that the production wants to create a more realistic and convincing depiction of the Predator “who is considered as the worst among psychopaths”. Ahead of its premiere, the production team reveal three watch points for viewers. 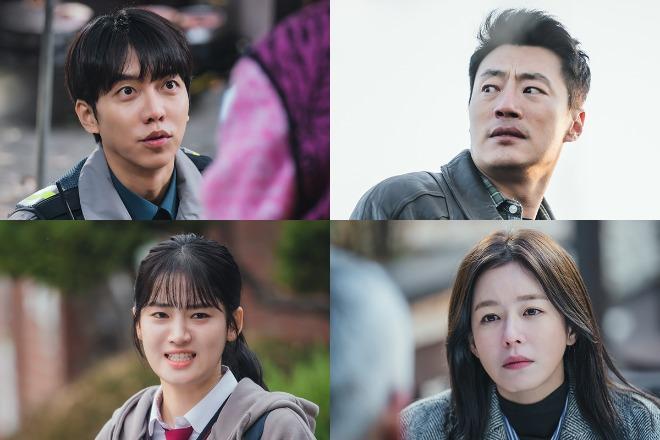 According to the staff, the audience should watch out for Director Choi Joon Bae “who was recognized for his delicate mise-en-scène and outstanding performance in the drama Come and Hug Me”. They added that apart from the cinematography, the audience can also look forward to “a detailed story which pierces the imagination with its twists and turns”. Lastly, the series features “a great cast with fantastic chemistry who brought the characters and the story to life.”

The production crew said, “Mouse, with its perfect combination of solid script, excellent direction and intense acting, will open a new horizon for tvN’s genre titles. This spring, please wait for the intense and exciting first broadcast of Mouse.”

Mouse takes on the Wednesday-Thursday timeslot previously occupied by True Beauty. It will have its first broadcast on March 3 via tvN at 10:30PM KST. It will be available for streaming on Viu and iQIYI.

Images and video from tvN