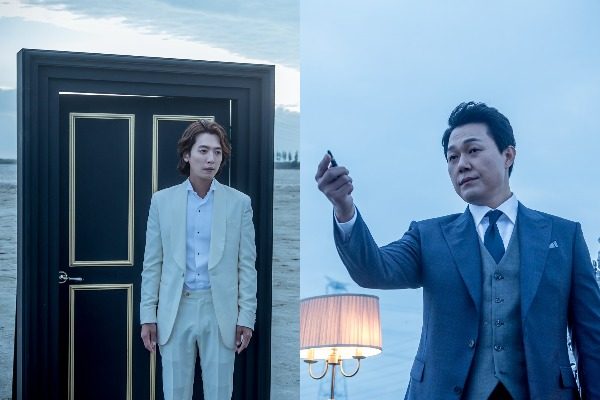 He accepted a deal for wealth and fame, but it is nearing its end so he must renegotiate the terms. That’s When the Devil Calls Your Name.

When The Devil Calls Your Name stars Jung Kyung Ho and Park Sung Woong in a drama inspired by Johann Wolfgang van Goethe’s work Faust. This is a reunion project for the lead actors who worked together in the Korean remake of the UK Series Life on Mars back in 2018. 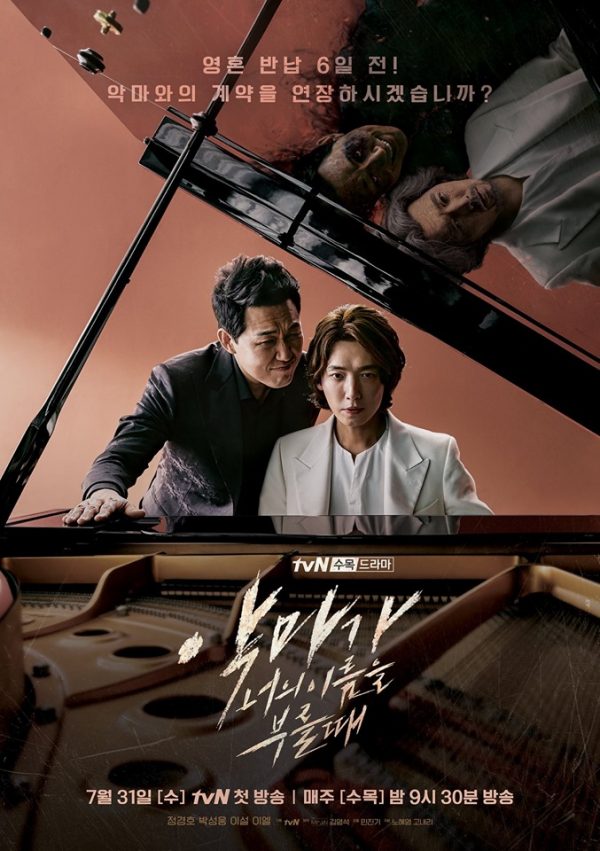 Rich and popular songwriter Ha Rib is keeping a secret. In exchange for wealth and fame, he sold his soul to the devil. The devil, who is in disguise, will be collecting his soul as their contract is about to expire. Ha Rib will try to get an extension, but the devil sets a condition.

When The Devil Calls Your Name Character Profiles

A man in his thirties, Ha Rib, has written many hit songs across all genres. Though virtually unknown ten years ago, he is now considered as the best composer of this time. His shot to fame is the result of the deal he made with the devil in exchange for youth and success. 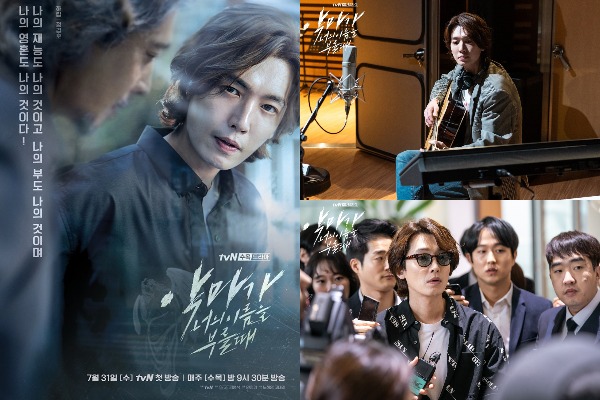 Ha Rib is actually 56-year-old Seo Dong Chun, an unknown and unsuccessful singer, who was a part of a duo active in the 70’s. As the end of the contract draws near, he enters another agreement to extend his contract. He soon finds out that in order for him to have wealth and success, a young woman has to suffer.

A top star actor who is also holding a secret. Behind his glamorous and celebrated life, Mo Tae Kang is actually possessed by the devil Ryu. Mo Tae Kang is the latest body to host Ryu, the same evil spirit who made the deal with Ha Rib. As Ha Rib wants to renegotiate his contract, he will ask him to collect something in return. 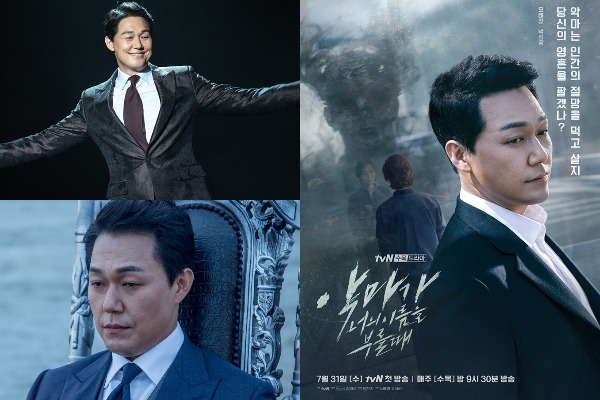 A young woman who can’t seem to catch a break. She dreams of being a singer but can’t perform in front of a crowd. Her family life is rather unfortunate, and at 18, she became a juvenile offender. Since then, she has been subjected to criticisms and prejudices, but she keeps on living. She has several part-time jobs, and though she has a string of bad lucks, she is proud to lead a normal life. 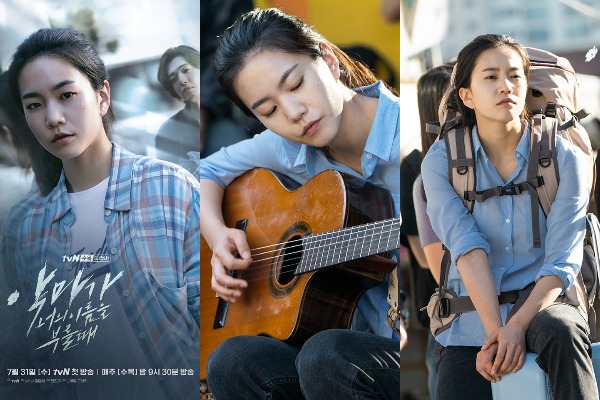 She is Ha Rib’s friend and co-worker. They met ten years ago, and she is the only person who can manage Ha Rib’s eccentricities and high-handedness. They complement each other and she is perfect, but she is in love with actor Mo Tae Kang. She does not know that the devil Ryu is in possession of his ex-boyfriend’s body. 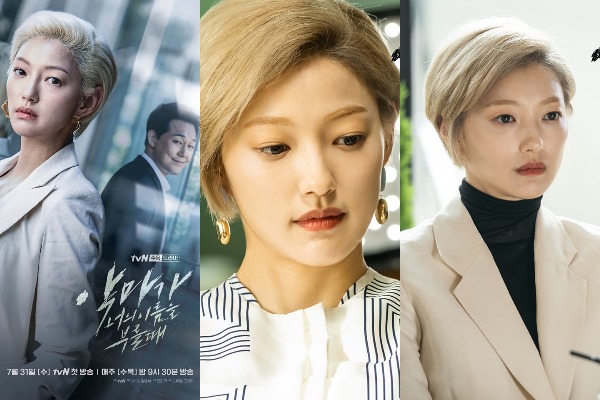 When The Devil Calls Your Name Production Team

Director Min Jin Ki and writers Noh Hye Young and Go Nae Ri lead the production crew of When The Devil Calls Your Name. The team behind this occult fantasy drama has revealed three key points that viewers need to watch out for.

First, the drama is not solely focus on the visual aspect but also on its musical theme. When The Devil Calls Your name is a mixed-genre that includes music as part of the drama’s reality. To give more authenticity to the life of a musician, the actors played the musical instruments. 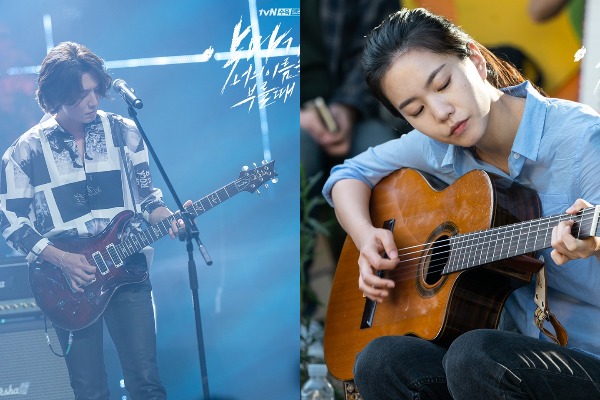 PD Min Jin Ki said, “Before the filming, the pre-recording of music has been completed. Music plays an important role and watch how it connects the narrative.”

Second point to look out for is the chemistry between the male leads and how their take on the respective characters. Jung Kyung Ho challenges himself with dual roles and Park Sung Woong plays a fascinating devil. The crew is particularly impressed with how these actors have immersed themselves into their roles. 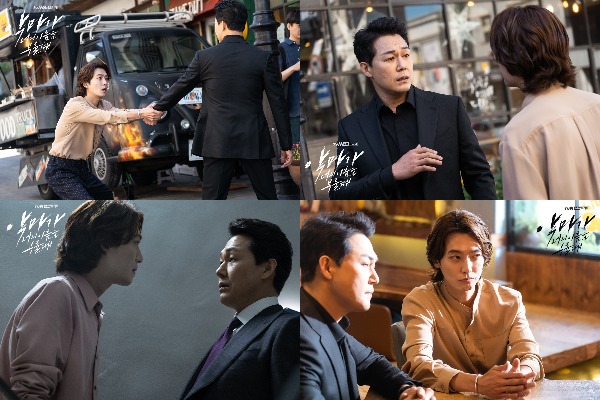 The director added, “The chemistry between the actors is the best, it created good synergy and you will see it on the drama.”

Writers Noh Hye Young and Go Nae Ri emphasized the third point as the drama’s realistic and satirical story apart from its fantasy setting. Both writers explained, “The drama starts with the selling of the soul for personal gain. It depicts a traditional human story but in a different way. We wanted to talk about people who preyed on souls in our society and those who are willing to trade.”

The writers also felt that the setting of Goethe’s Faust was a great medium to lead the exploration of bringing consciousness to such subject.

When The Devil Calls Your Name will premiere on tvN on July 31 at 9:30PM KST and tvN Asia on August 1.

Watch the teaser trailer below: