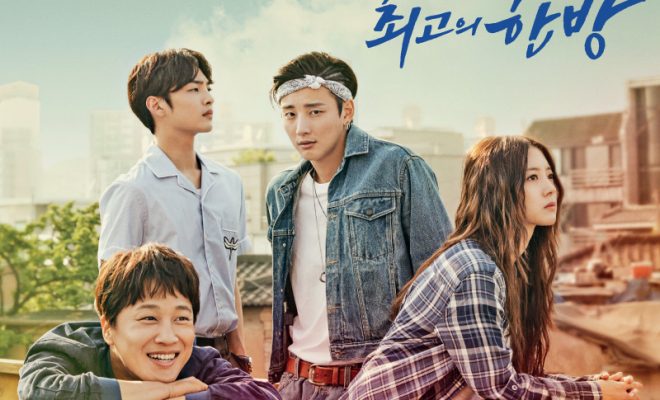 A 90’s genius idol singer gets transported 20 years after to a new world where his star power is non-existent.

I expect no less than fun for Hit The Top as it is supposed to be a hybrid drama/variety show.  But I think we would be expecting more of the drama than variety show shenanigans.  It is a sure zippy ride on its pilot week, with the variety show humor acting as a tweaking element. I got plenty of giggling moments as I watched the time traveler idol struggling to familiarize himself in the modern world. 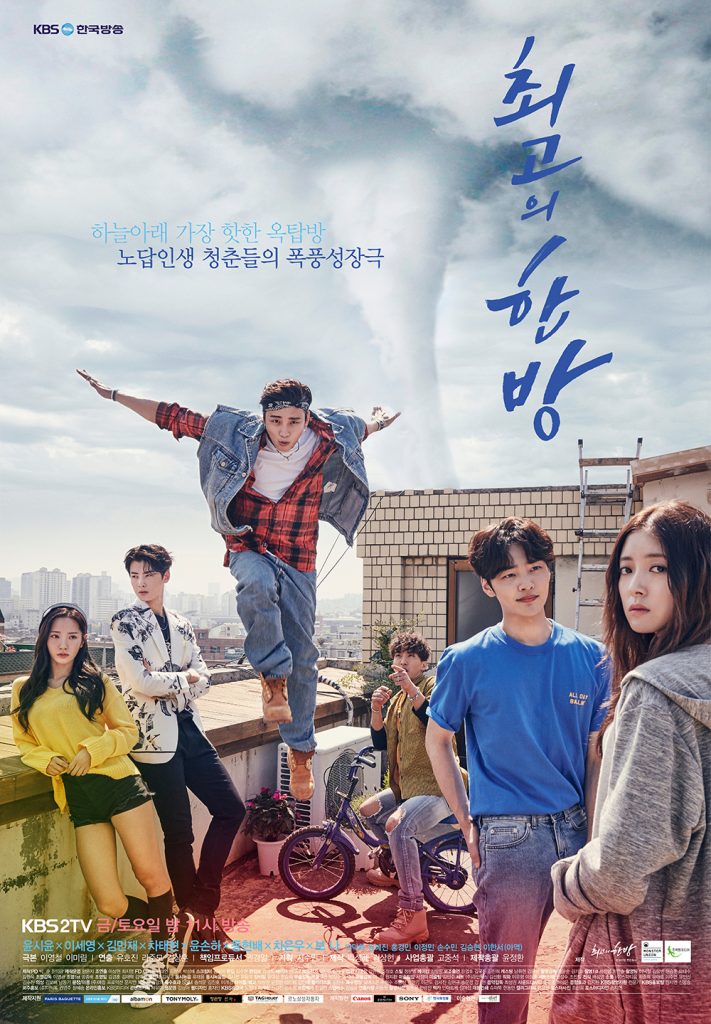 We got a blast on the cameo parade for Hit The Top thanks to Cha Tae Hyun’s star connections, and I can’t wait for some more. Like maybe Jo In Sung, Park Bo Gumand Song Joong Ki. A girl can dream you know. chuckles

PD Yoo Ho Jin from 2 Days 1 Night helms it along with Cha Tae Hyun as Yoon Shi Yoon is set to test his comic skills in leading the story.  This will be PD Yoo’s first stint for a drama, so I look forward to how he will transition since I am grateful how he has resurrected my favorite travel variety show. 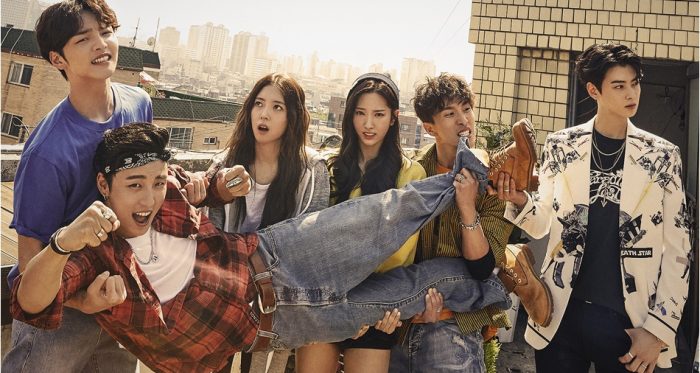 Hit The Top opens with an introduction of a weird family who goes to a family photo shoot. They deny being blood related but acknowledge Lee Ji Hoon (Kim Min Jae) as their son.

Lee Gwang Jae (Cha Tae Hyun) is a CEO of a small talent agency, World Entertainment, which used to be popular in the 90’s. Hong Bo Hee plays Ji Hoon’s mother and is a famous singer in the 90’s. Ji Hoon hides his trainee status at an entertainment agency and is helped by his friend Choi Woo Seung (Lee Se Young) in filling in his review schedules for civil service exam.

The two meet at a police station when Ji Hoon is reported groping girls’ bosoms while dancing in a night club. On the other hand, Woo Seung is apprehended for wearing a police uniform. She borrowed her roommate’s police uniform to throw in a surprise video for her boyfriend. But she accidentally learns of his infidelity with her when they arrive home, not knowing that she is hiding inside a box.

In the 90’s timeline, trendy idol Yoo Hyun Jae goes out in a stormy night for another rule breaking escapade. Hyun Jae is like G-Dragon of his era with his fashion sense and genius song writing skills. He accidentally slips and rides a wooden banner of his face as it zips down on the winding stairs. He lands on the street outside the building but a car almost crashed him, revealing Ji Hoon and company. 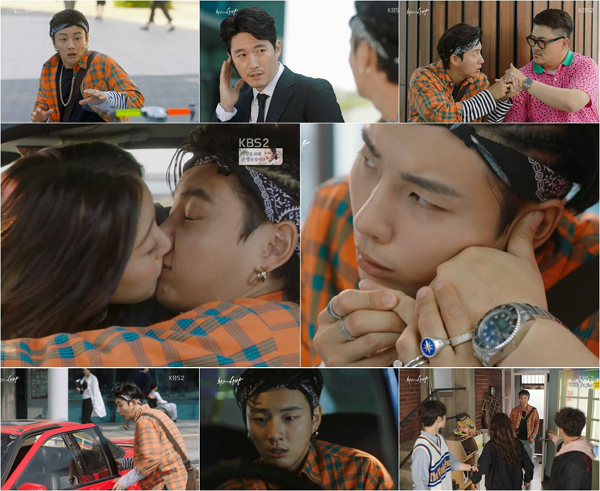 Hyun Jae wakes up in the hospital, unaware that he leapt through time until he faces a K-Pop video teaser on a big screen outside. He sets forth to find his manager Gwang Jae to help him with his predicament. He spots his old car parked outside the hospital, which already belonged to Ji Hoon’s friend – Drill (Dong Hyun Bae).

Hyun Jae inserts his key, and is successful in opening the car. He drives to look for Gwang Jae, unaware that Woo Seung is sleeping inside. She wakes up to a different man driving the car and threatens to kill him.

The car unfortunately breaks down so they are towed to a nearby service center. After fixing the car, they pull over to a rest stop.  Hyun Jae mistakenly spots a man he thought to be Gwang Jae so he chases after him but lost him on the road.  He decides to proceed to the studio, and sees Gwang Jae, Bo Hee and the old chairman talking about the upcoming foreclosure of the building.

The old chairman blames Hyun Jae for vanishing along with a big sum of money that the company earned.  Hyun Jae drives away to ponder on his current situation.  The next day, he decides to go back to the studio where angry Woo Seung is still fired up from the crazy guy who ran away with the car and her things.

Hyun Jae shows up to their presence as Woo Seung rushes to beat him.  However, she falters her step, and lands another kiss on the bewildered Hyun Jae. 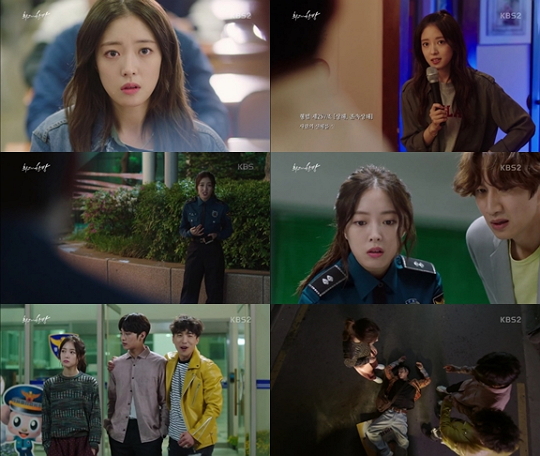 Hit The Top is promising to showcase a variety of endearing characters that viewers will like.  From the obsessed idol trainee to the mischief-making 90’s idol to the individualist Woo Seung and the optimistic CEO. Everything is so far insanely funny but strangely engaging.

The young handsome cast of Yoon Si Yoon, Kim Min Jae and Astro’s Cha Eun Woo are visually appealing as eye-candies on the screen, and it is not even what I signed up for. So if this will be the side freebies along with the cutesy cameos of celebrities, we are heading to a stress relieving ride, aren’t we? wink

Based on its initial showing, I think we are up for some life lessons along the way as we trace Hyun Jae’s journey and his mysterious time slip chronicle.

I cannot go technical on the pilot week of Hit The Top yet, but my tummy ached because of the laughing spree I had on the comedic frames which they prepared.  If they will feed me the same comic relief each week, I would gladly take it. 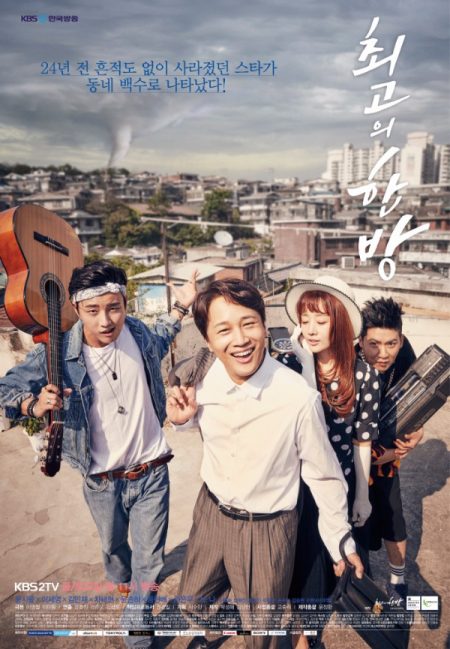 Catch Hit The Top on KBS, every Friday and Saturday at 9.30PM.