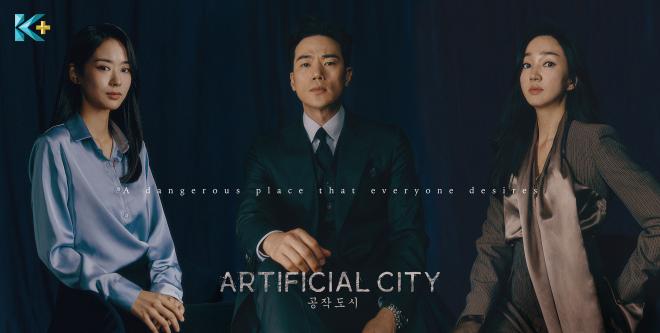 Highlighting the story of things that lose their value when greed and power come into play, the series will run for 20-episodes and will be simulcast within 24 hours from Korea on K-PLUS channel. 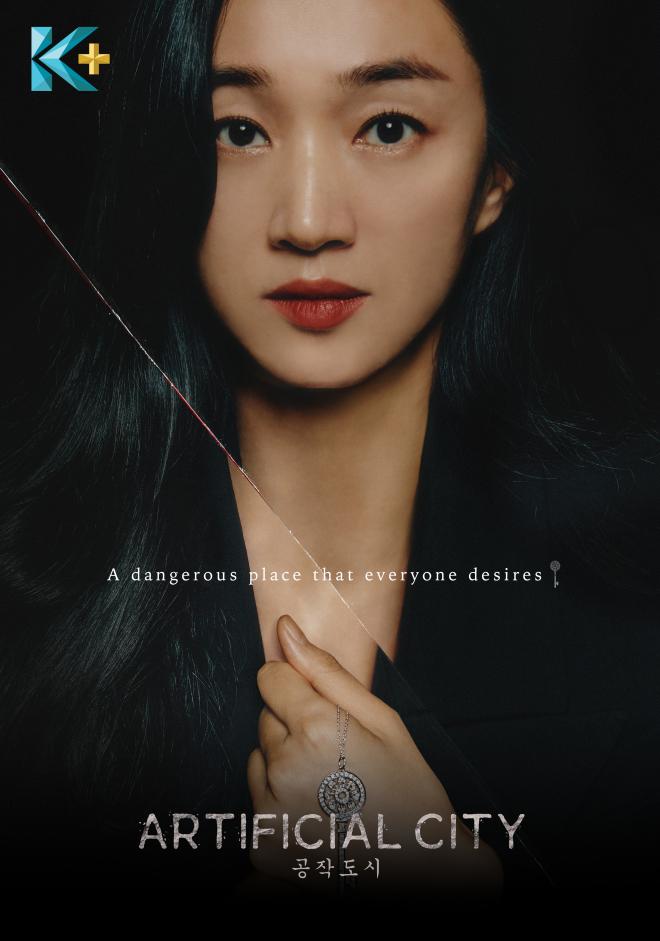 Artificial City takes place in an art museum that belongs to Sungjin Group, a major conglomerate in full control of Korea’s political and business world. Seo Han-sook (Kim Mi-sook) the influential
figure of Sungjin Group, drops Jung Jun-hyeok (Kim Kang-Woo) the illegitimate son from the ladder of power to pass succession on to her biological son.

Jung Jun-hyeok is a popular national anchor with his own fan club, he hides an inferiority complex over being labeled “the illegitimate son of Sungjin Group” for his whole life. He laughs at both ambitious people and those who pretend to have no ambition as he waits for the day when he can seize the reins of power.

Enter Yoon Jae-hee (Soo Ae), the second daughter-in-law of the family that controls Sungjin Group. She is ambitious and dreams of becoming the top class of society by making Jung Jun-hyeok the president, the most powerful position in the country.

She believes that poverty is destructive to love, she chose to throw away her long-time lover and entered into a marriage of convenience with Jung Jun-hyeok. She threatens political figures with financial ledgers and is willing to do anything if someone interferes with her plans.

Meanwhile, poor and hardworking Kim Yi-seol (Lee Yi-dam) loses her friend and grandmother to the schemes of those who have power, and finds out that all the misfortunes surrounding her are related to Jung Jun-hyeok. To reveal the truth, she enters Yoon Jae-hee’s gallery as an intern, and is caught up in the maneuvering schemes of Yoon Jae-hee and Seo Han-sook.

She is the second daughter-in-law of Sungjin family, is in charge of administrative work of Sungjin Group’s art. She abandoned her old lover and goes into a marriage of convenience with Jung
Jun-hyeok, the illegitimate son of the Group, who will help realize her ambition. She wants to be recognized by Seo Han- sook, her mother-in-law and the owner of the Group, but due to Jae-hee’s position, Han-sook does not trust her.

The illegitimate second son of Seo Han-sook from Sungjin Group. Jun-hyeok has grown up with discrimination against his older brother as an illegitimate son. He had to live as a second in command without ambition. However, his life changes when he married Yoon Jae-hee, a woman full of ambition. He enters politics with public trust by writing an article digging for corruption in his family in a
media company.

Having tasted bitterness in pure love, she conceives her first son Jun-il, and her father makes her marry a driver. She silently raises her younger brother as the head of the group. As his health deteriorates, she gets into conflicts with her daughter-in-law Jae-hee and illegitimate son Jun-hyeok to hand over the power to her first son, Jun-il.

Due to a conflict between reconstruction association members, Yi-seol lost her grandma, her only family member. She becomes pregnant by an unexpected incident, and feels guilty for sending the child to adoption because of money. Her close friend is murdered by a scheme related to Jun-hyeok. With a desire to raise her social status, she joins the art museum of Sungjin Group run by Jae-hee.

Artificial City is helmed by Director Jeon Chang-geun, whose filmography includes dramas such as The Package and Mystic Pop-Up Bar. Penning the script is Son Se-dong.

K-PLUS is the Ultimate Korean Entertainment network bringing together many exclusive and first-run titles in drama series, variety shows, and K-Pop direct from major Korean TV broadcasters to the Asian audience. It offers an irresistible entertainment platform to discover the best of Korean TV programs for all Hallyu fans. English subtitles and Bahasa Indonesia subtitles are available for all programs.

More titles will continue to be added to the program lineup in the future.