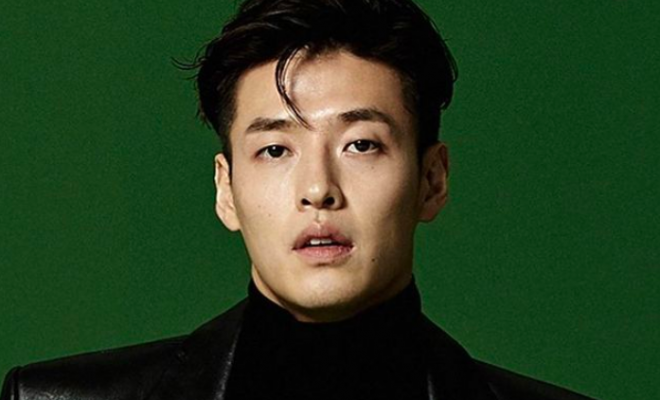 Kang Ha Neul will be returning on the small screen with his new forthcoming drama “Insider”!

Kang Ha Neul will be returning on the small screen with his new forthcoming drama “Insider”!

Insider is JTBC’s newest action-suspense drama that evolves around the story of a judicial trainee named Kim Yo Han. During his trainee days, he encounters a infiltrating case that will lead him to experience lots of struggles. The unexpected event in Yo Han’s life will immediately change his fate.

Kang Ha Neul will portray the character of Kim Yo Han, a judicial apprentice who normally projects his poker face in front of his colleagues and has a unique personality that others envy. Kim Yo Han will be trapped in one of their investigations and seems powerless to get out of the situation. Little do the others know, Yo Han will be using his current situation as an opportunity for him to survive and becomes more fierce and wise person who is ready to seek for revenge.

Insider will kick off in the second half of 2021. Director Min Yeong Hong, who also helmed Missing and Secret, will be directing the series. Moon Man Se will pen the script.

When the Camellia Blooms star Kang Ha Neul was lauded by thousands of viewers for his superb and exceptional skills in acting. It may be through stage plays of onscreen, the 30-year-old actor is able to ace every performance. Kang Ha Neul proves his versatility in the characters that he had played.

In fact, through the years of his journey in the entertainment industry, Kang Ha Neul already received various awards recognizing his strong presence in his chosen career.

His character in the noteworthy drama When the Camellia Blooms as Hwang Yong Shik gave a big impact to the viewers. He was able to give justice to his role. People loved his pure and loving character, which opened a lot of doors for him to be nominated in some of the prestigious award shows in South Korea.

Kang Ha Neul will also be appearing in the upcoming KBS historical drama River Where the Moon Rises along actors Ji Soo and Kim So Hyun.