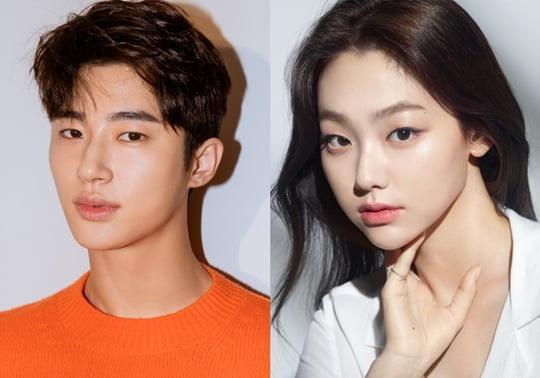 Kang Mina And Byun Woo Seok Join The Cast Of “When Flowers Bloom, I Think Of The Moon”

By Kirsten | May 5, 2021
FacebookTwitter
SubscribeGoogleWhatsappPinterestDiggRedditStumbleuponVkWeiboPocketTumblrMailMeneameOdnoklassniki

Kang Mina and Byun Woo Seok become the latest actors to join the upcoming historical drama, When Flowers Bloom, I Think Of The Moon!

Kang Mina and Byun Woo Seok join the roster of actors heading the upcoming Joseon-drama, When Flowers Bloom, I Think Of The Moon. The two actors join Yoo Seung Ho and Lee Hyeri, raising immense excitement for the drama. As such, many are pointing to the series as one of the most anticipated works for the second half of 2021.

The show will focus on the lives of its four main characters, who experience youth during the age of prohibition. They will experience love, share friendship, and grow up amidst an era of strict ruling during the Joseon Dynasty period. Producer Hwang In Hyuk will direct the drama, who previously received praise for his work during Doctor Prisoner. As such, many eagerly await his upcoming project.

Byun Woo Seok will act as Prince Lee Pyo, a prince that captivates by his rebellious nature and beauty.

The character is described as someone who has “a face that brightens the world wherever he goes”. Additionally, he will have a complex story in regards to his noble position–he was not destined to become a prince however, he ends up becoming the only current successor to the throne. Moreover, Prince Lee Pyo finds a friend in alcohol. During this prohibition era, the prince will often sneak in and out of wheat kitchens, creating trouble.

Byun Woo Seok previously impressed with his appearances in Record Of Youth, endearing viewers with his warm charm. This will be the actor’s first participation in a drama from KBS, intriguing audiences for the show.

Meanwhile, Kang Mina will play a woman named Han Aejin, a single woman born out of a prestigious family. She is a straightforward woman in Joseon society, who refuses to do anything she does not want to even if it comes to her death, and has a strong personality that causes her to chase after what she wants passionately.

Byun Woo Seok and Kang Mina worked together previously during the drama, History Of Walking Upright, piquing fans’ curiosity regarding their chemistry in this new plot.

In regards to the drama, its production team stated, “With the joining of Byun Woo Seok and Kang Mina, the casting has been completed to maximize the synergy of the four young people. All of the staff are constantly working to convey new excitement and fun to viewers.”

Meanwhile, When Flowers Bloom, I Think Of The Moon begins filming this month. The drama will air on KBS 2TV during the latter half of 2021.