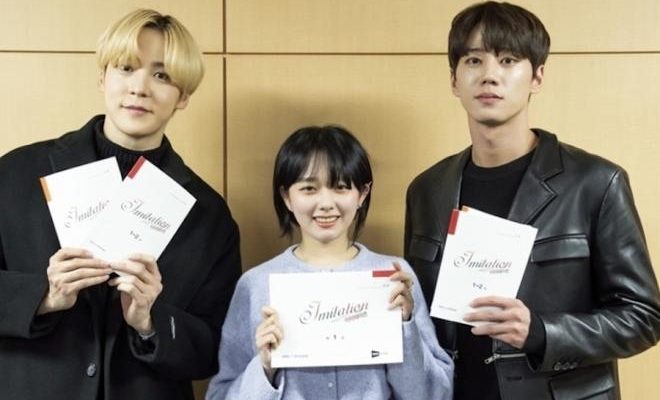 Fans get their first glimpse at the Imitation cast as they embody their roles in newly released photos of the drama’s first script reading!

The cast of Imitation gave fans a sneak peek into the upcoming drama in newly released photos of the drama’s first script reading. The drama, whose screenplay was written by Kim Minjung and Choi Sunyoung, will premiere on May 7. From these first photos of the star-studded cast, it is clear that a passionate drama is in store for eager fans. 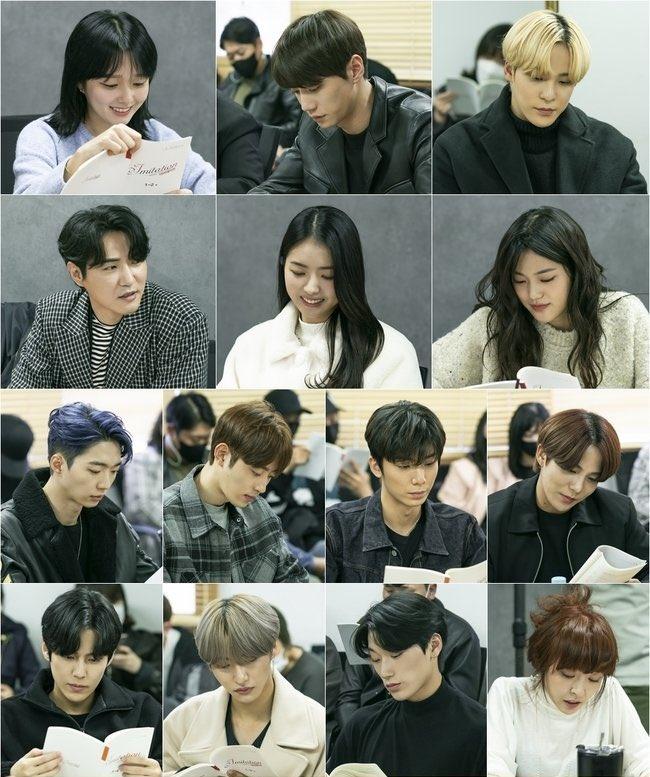 Based on a Kakao Page webtoon of the same name, Imitation is a dedication to Korean idols. The plot supports those who dream to become a star in times of immense competition. Directed by Han Hyunhee, the drama contains a packed list of talented actors to lead the show.

Meanwhile, Lee Junyoung portrays the chicness of Kwon Ryok. His character is the powerful center of the boy group, Shax. Despite this chicness, Lee Junyoung added endearing qualities to the role and induced laughter, showing the character’s duality.

Yuri, Ahn Hungjun, Hwiyoung, and Jongho play his fellow members in Shax. The actors showed admirable teamwork during the reading, already summoning feelings of being a group.

Furthermore, ATEEZ’s Yunho, who will make his acting debut in Imitation, displayed impressive passion. Yunho takes on the role of Yujin, the center of the boy group, Sparkling. In his reading, he communicated the character’s contrasting sides of soft but firmness well.

The production team confirmed the spectacular synergy of its cast. It stated, “After finishing the script reading, we were convinced we could work more happily. We are working hard to bring to the small screen this spring, a heart-fluttering excitement and a refreshing smile. Please look forward to Imitation“.

Imitation will air beginning May 7 on KBS 2TV as the network’s regular Friday rotation.