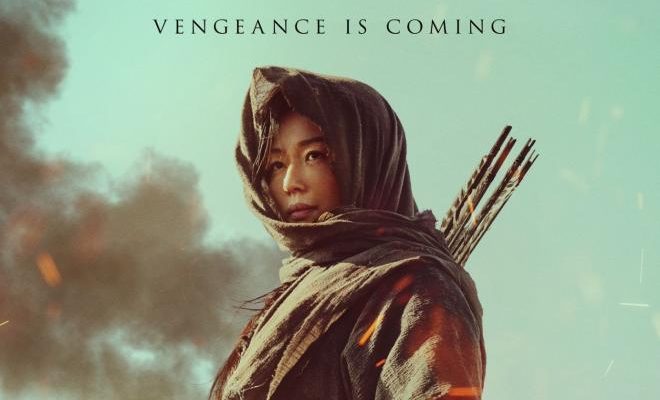 Starring Gianna Jun, the special episode reveals the origins of the resurrection plant that triggered the avalanche of tragic events that swept through Joseon and a woman abandoned by all – Ashin.

Netflix has released the main poster for Kingdom: Ashin of the North, a special episode of the Kingdom series. The special episode details the backstory of Ashin and the origins of the resurrection plant that triggered the avalanche of tragic events that swept through Joseon.

In the previous teaser poster, Ashin (Gianna Jun) was standing with her back turned. The new poster features Ashin facing forward with her face revealed. Grasping her bow, she looks confident and charismatic. 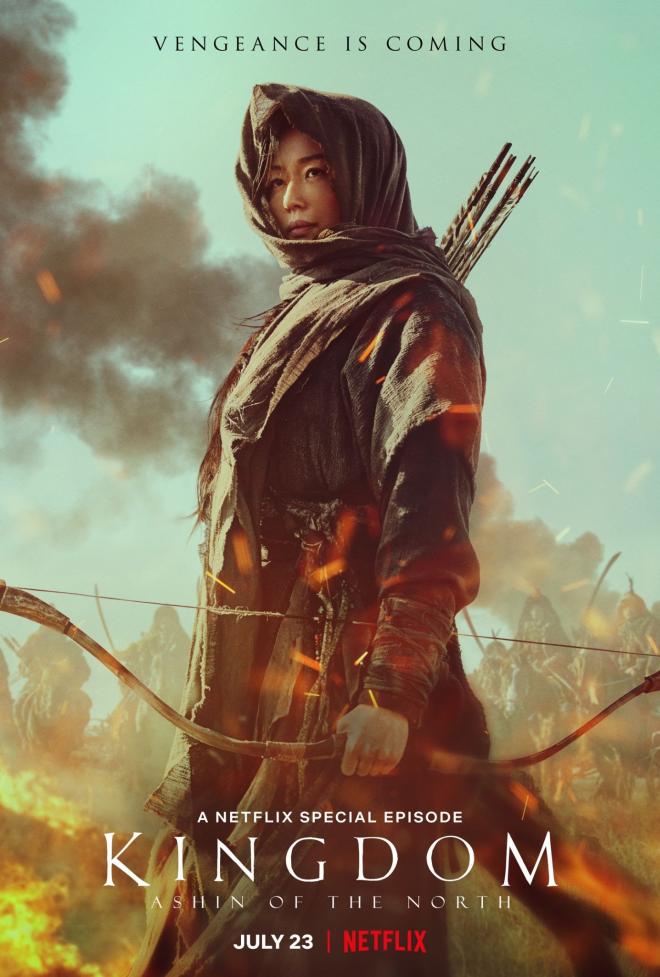 The second trailer of the drama starts when a group of people assembled in the forest, then suddenly a tiger attack happened.

There is also young Ashin, who announced the discovery of a strange plant that makes the dead resurrect.

His father warned Ashin not to look for the strange plant again but this doesn’t stop her because she needs it to help her mother who has an illness.

In her return for the resurrection plant, she hears many people screaming and wishes for “them to shed tears of blood” which shows that vengeance is on its way.

Kingdom: Ashin of the North premieres on July 23rd exclusively on Netflix.