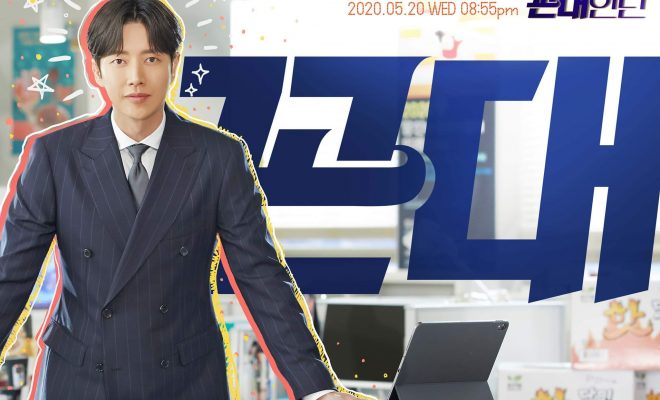 By Lilly | May 30, 2020
FacebookTwitter
SubscribeGoogleWhatsappPinterestDiggRedditStumbleuponVkWeiboPocketTumblrMailMeneameOdnoklassniki

Owing to the awesome chemistry of the cast members, Kkondae Intern manages to earn the empathy of the viewers. Since its premiere, the drama has been holding the top spot for viewership ratings in its time slot. 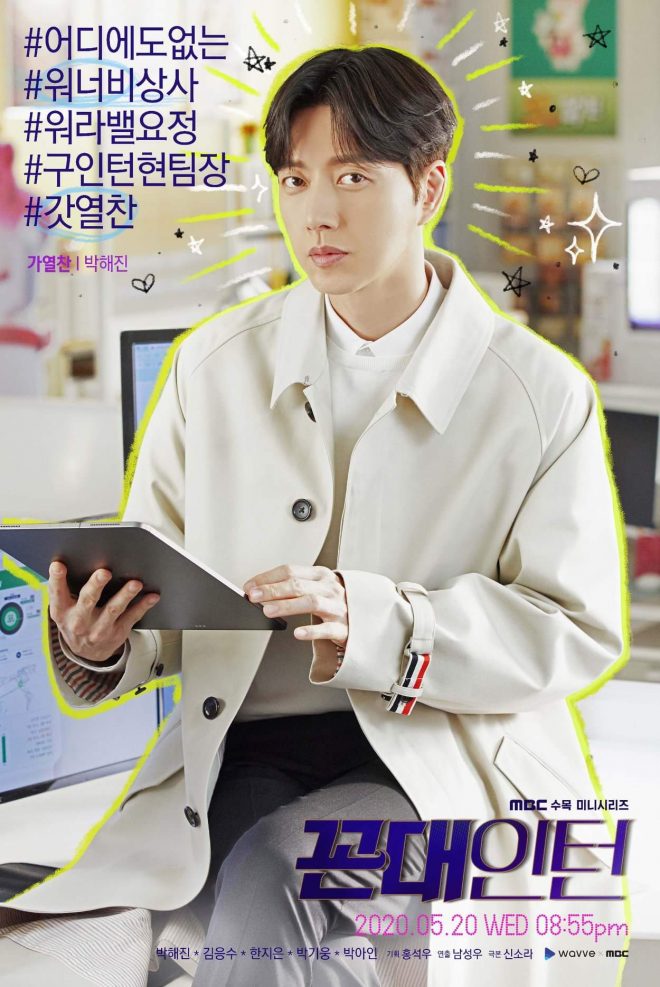 Kkondae Intern narrates the love-hate story between a horrible boss and his subordinate, whose roles get reversed. Thus, ensues a hilarious office battle, where they try to outsmart each other.

In the episodes 5 to 8, that were aired this week, the main leads had to overcome various obstacles. Consisting a mix of some humorous mishaps and a little bit of seriousness, the latest episodes engages with relatable scenarios. 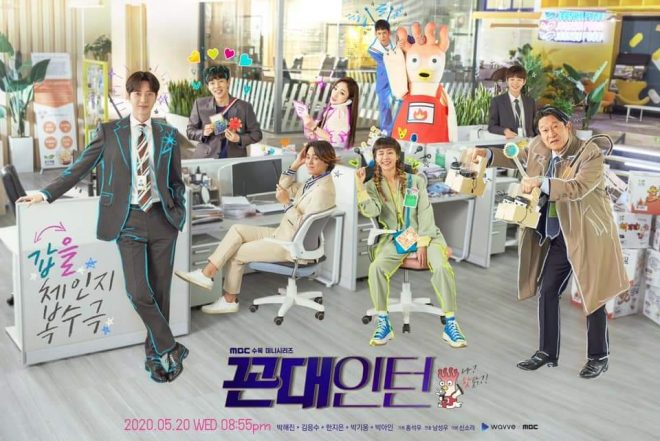 Something is wrong with Ga Yeol Chan

Following the happenings in the premiere week, Lee Man Sik (Kim Eung Soo) gets the credit for securing the deal with the Chinese client owing to the intervention of Namgoong Joon Soo (Park Ki Woong) and An Sang Jong (Son Jong Hak).

On the other hand, Ga Yeol Chan (Park Hae Jin) gets rebuked by Chairman Namgoong Pyo (Go In Beom). Then, he whispers something to Yeol Chan’s ear, causing him to go into a panic attack. However, no one notices it except for Lee Tae Ri (Han Ji Eun).

Before he could relish on his recent success, Lee Man Sik has to brace himself for a new hurdle. Apparently, a huge parcel order of ramen has gone wrong.

Instead of sending a regular ramen noodles package, Junsoo Foods had sent the spicy ones. The team therefore, has to go and get all the orders replaced.

Next, the Marketing team faces another challenge when actress Eun Hye Soo (Jung Young Joo) refuses to promote their product. Apparently, she has modeled for Ongol Foods in the past and knows Lee Man Sik and therefore, agrees to meet the team for negotiation.

Turns out, Eun Hye Soo also has an ill-fated relationship with Lee Man Sik. In the past, Lee Man Sik has made rude comments towards her that had hurt her severely.

Before this problem could subside, another incident occurs. A video of an old man fainting after eating the spicy noodles, goes viral. On further investigation, the team learns that Lee Tae Ri did leave some of the packets with the old man.

The video results in a bad publicity for Junsoo Foods. To mitigate the damage, the team takes various steps and also try to find Park Mak Doong (Yoo Sun Chul), the old man who consumed the noodles.

After a lot of trouble, Lee Man Sik finds Park Mak Doong alive and well. While Lee Tae Ri was also able to hunt down the person who had uploaded the video.

The full video footage of Park Mak Doong reveals that nothing really happened and the old man actually enjoyed the food. It was actually a prank video and after things got out of control, the person who had uploaded it got scared and did not take any action.

Ga Yeol Chan also manages to secure the product placement in Eun Hye Soo’s drama after he saved her dog despite being allergic to it. 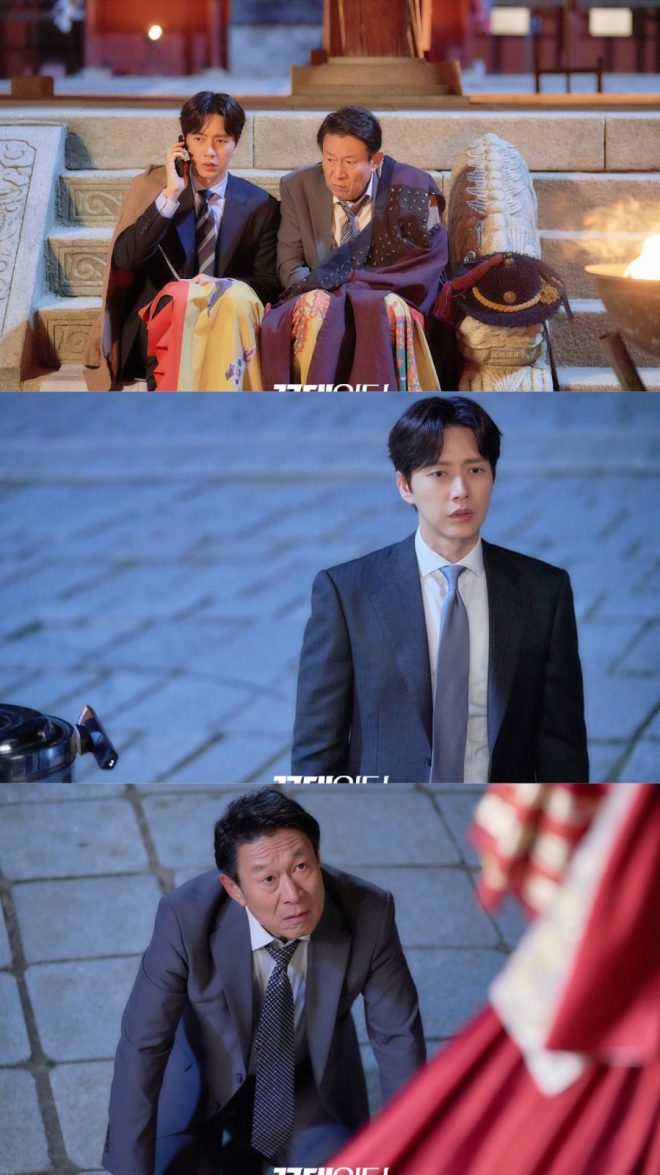 Kkondae Intern In A Bad Situation

Moving on from the nearly missed disasters, Ga Yeol Chan and team plans for the next project. Yeol Chan asks all the department members including the interns to present their ideas for new product extension.

Lee Man Sik has a good strategy which he shares with Oh Dong Geun (Go Gun Han). But Oh Dong Geun steals his idea and presents it himself. Upset at what happened, Lee Man Sik tells Ga Yeol Chan that it was his proposal but he has no proof to back his statement.

The setback for the senior intern does not end here. A ransomware virus infects some of the computers. The virus had originated from Yeol Chan’s desktop and since, Man Sik was using it for printing, he is held responsible.

When all the hope was lost, Man Sik gets a helping hand from an unknown person. An audio recording of Lee Man Sik stating his project plan to Oh Dong Geun is released. Unknown to anybody, the person who had helped the intern was none other than his nemesis, Yeol Chan.

Thus, Yeol Chan tactfully solves the problem. While he acknowledged the idea came from Man Sik, he stated that he will only approve the one with a proper proposal. With that, he salvaged Oh Dong Geun’s pride as well.

Revelation About The Past And More Hiccups

Lee Man Sik learns that he was not the one who caused the system virus. As he goes to confront Yeol Chan, he suddenly gets a nose bleed. Ga Yeol Chan immediately panics and rushes to take him for medical aid.

Seeing that Yeol Chan in such an anxious state, Man Sik remarks whether it is because of the past incident with ox soup restaurant owner. Then, he proceeds to disclose that the man is still alive.

The ending scene was definitely shocking and it raises curiosity on how it will cause a shift in Yeol Chan’s life.

Kkondae Intern airs every Wednesday and Thursday on MBC.