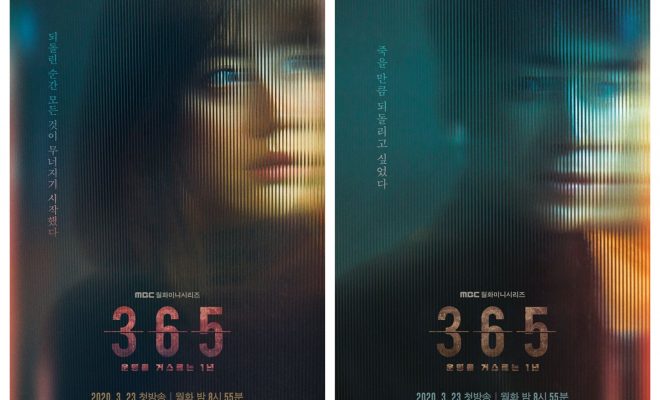 Things are about to get tense for the characters in the new teasers of 365: Repeat The Year

March is about to get a lot more interesting as MBC drops a new exciting drama called 365: Repeat The Year. The drama follows a mystery survival game in which the people involved get trapped in unknown fate as they return back in time searching for a perfect life.

With its immersive story and powerful acting talents such as Lee Joon Hyuk, Nam Ji Hyun, Kim Ji Soo and Yang Dong Geun, the drama is expected to create a new wave that has never been seen before. In addition, the interesting aspect of this drama is the option of life reset which will surely maximize the entertainment content as it brings suspense, and thrill to the story. 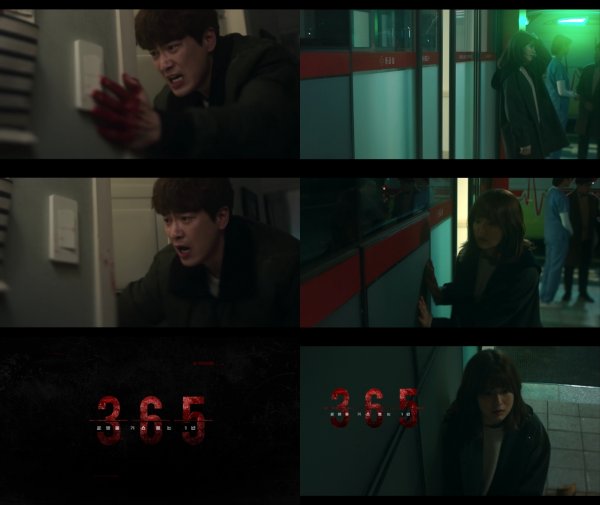 In the story, the ten people who have returned to life a year ago has to endure the detailed survival game, while also preparing for a psychological warfare among themselves. All these details bring out the charm of the thriller genre. The unfolding and reversal of nail-biting events are expected to provide an overwhelming excitement.

In the released character teaser video, Lee Joon Hyuk and Nam Ji Hyun display their hurt expressions. Lee Joon Hyuk is seen opening a door somewhere in a house while catching on his breath.

He finds something unexpected and looks shocked, while his eyes are in the brink of tears and he is about to break into an outburst anytime. The blood on his hands amplifies the tension, suggesting that something unusual has happened to him.

In Nam Ji Hyun’s character teaser, she is seen standing in front of the hospital emergency room. Seeming to have difficulty in standing, there is despair in her expressions and it looks like she has lost everything in this world.

The first teaser video of 365: Repeat Thr Year captures the moments of helplessness by the two main characters. The two people who faced these desperate moments will be returning their lives to the past to make new choices. The plot is quite intriguing and it arouses viewers’ curiosity about what will happen.

365: Repeat The Year will broadcast every Monday and Tuesday at 8:55 pm KST via MBC. The first episode will premiere on March 23.