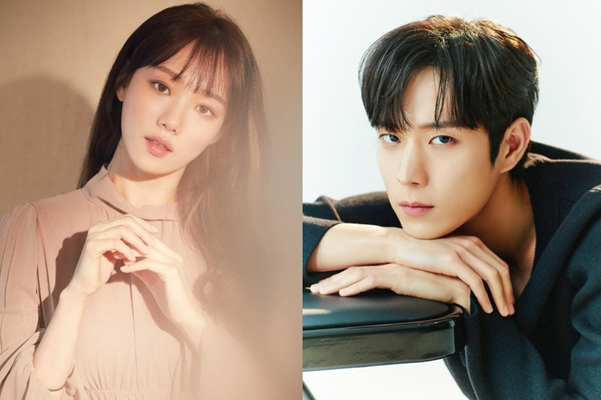 A celebrity-commoner love story is coming up in iQiyi’s original series Shooting Stars!

Set against the backdrop of the Korean entertainment industry, Shooting Stars features true-to-life portrayals of celebrities, agents, and tabloid reporters. It tells the story of a top star (Kim Young Dae) who falls in love with the Head of Publicity of his talent agency (Lee Sung Kyoung).

Portraying the role of Oh Han-byul, a management and PR team leader at the forefront of star care is Lee Sung Kyoung. She is a person with extraordinary eloquence and excellent crisis response ability which pushed her in dominating the industry.

Taking the role of top-star Gong Tae-seong is rising actor Kim Young Dae. Often at odds with Han-byul, he is a top star loved by the public for his polite and upright image.

From the bickering between the all-around public relations team leader, and the perfect top star, to the way they collaborate and grow together, their stories are projected to be romantic and comical.

With Lee Sung-kyoung and Kim Young-dae’s charms and anticipated synergy, this new on-screen couple is worth looking forward to.

An iQiyi original co-produced with Studio Dragon, the announcement of Shooting Stars continues the two industry heavyweights’ previous successful partnership with hit series My Roommate is a Gumiho.

“Differentiated romantic themes continue to be deeply loved by international audiences. The global success of iQiyi’s first self-produced Korean original, My Roommate is a Gumiho, is a testament to that. We believe Shooting Stars will receive the same level of attention from Korean fans worldwide,” said Young Ming, Senior Vice President of iQiyi.

iQiyi original Shooting Stars will be launched on the streaming service in 2022.

The series will be available exclusively in 191 countries and regions all over the world on www.iQ.com, or via the iQiyi International mobile app.