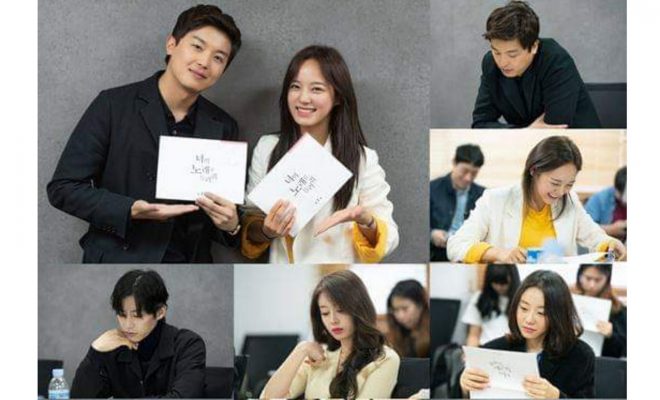 By Nicole | May 4, 2019
FacebookTwitter
SubscribeGoogleWhatsappPinterestDiggRedditStumbleuponVkWeiboPocketTumblrMailMeneameOdnoklassniki

The cast and production crew of Let Me Hear Your Song gathered for its first table read.

On May 3, KBS released stills from the first table read for the upcoming drama Let Me Hear Your Song. Smiles lit up their faces as they gathered around and practiced a few scenes. Yeon Woo Jin, Kim Se Jung, Song Jae Rim and Park Ji Yeon led the rest of the cast for their script reading. 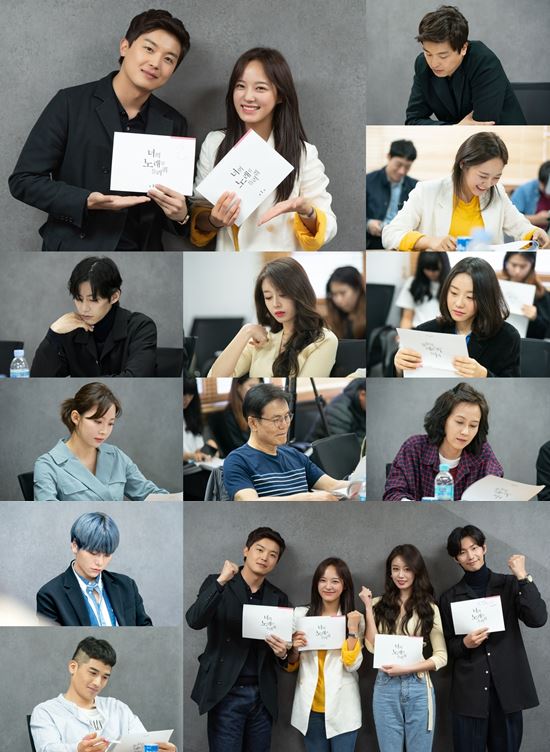 Let Me Hear Your Song uniquely highlights the members of an orchestra. Kim Se Jong’s character, Hong Yi Yong, witnessed a murder, but is unable to remember anything because of amnesia. The other members of the orchestra all pitch in to help solve the murder.

Director Lee Jung Mi headed the table read with a megaphone. The atmosphere was enthusiastic as everyone was excited for the drama. Actor Yeon Woo Jin encouraged the cast by saying, “I hope this project brings us happiness in 2019! Fighting!”

When the reading began, the cast earnestly did their best. They immersed themselves in their characters as they started to get a feel of the roles they will be playing. Despite the fact it was a first meeting, the chemistry between the leads was clear.

Yeon Woo Jin in particular elicited laughs with his vivid performance. One scene, in particular, kept the crew giggling all throughout. On the other hand, Kim Se Jung demonstrated a more delicate and subtle performance, which delighted the crew. In addition, Song Jae Rim showcased his charming appeal as the orchestra conductor Nam Ju Wan.

Finally, Director Lee gave a short speech, saying that “once you commit to a drama, there is nothing that cannot be done.” He praised the writers for the good script, the production crew for their diligence and hard work, and lastly the actors for their heartfelt acting. He encouraged everyone to work hard and to finish well.

Let Me Hear Your Song is scheduled to air in July on KBS.