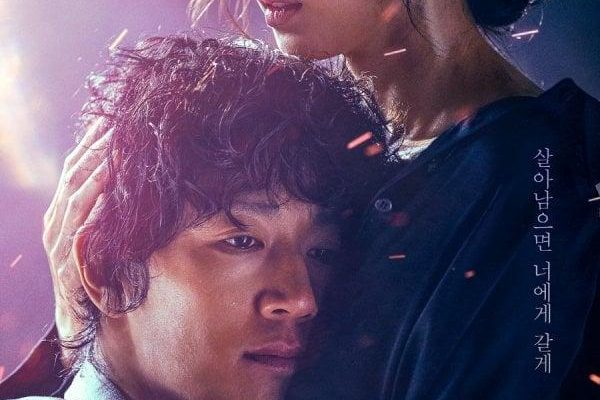 Kim Rae Won and Lee Da Hee will forge a heartwarming bond as they struggle to fight their inevitable fate in the sci-fi series, L.U.C.A: The Beginning.

On January 18, L.U.C.A: The Beginning unveiled a new poster that features Kim Rae Won and Lee Da Hee, the protagonists in this fantasy series. Entangled with a terrible fate, the two lead characters will engage in intense and fatal encounters against forces beyond their control. The series promises tension-filled scenes which are already stirring strong anticipation from potential audiences. 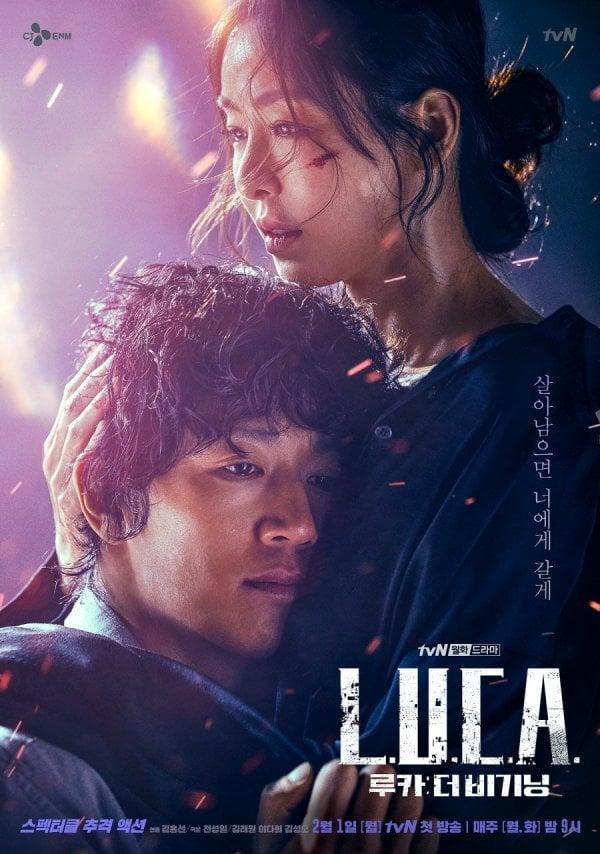 The latest poster draws attention as it captures spectacle of emotions between the main characters. The photo reveals the special relationship between Kim Rae Won and Lee Da Hee. Ji Oh (Kim Rae Won), a man who is chased by some mysterious figures while hiding his special ability, is healed and comforted by Gu Reum (Lee Da Hee).

The photo shows how Gu Reum’s reassuring embrace relieved his sense of desperation. As the sole person who knows Ji Oh’s real identity, Gu Reum stands as his only saving grace to build the puzzle about his hazy past. Her eyes give off complex emotions beyond words.

In particular, the phrase “I will go to you if I survive” instantly grabs attention with its impactful message. It amplifies the curiosity about the travails that await these two characters as they battle against a huge conspiracy. The relationship between the two, which will unfold in the breathtaking turn of events, is expected to be another beautiful highlight of the drama. 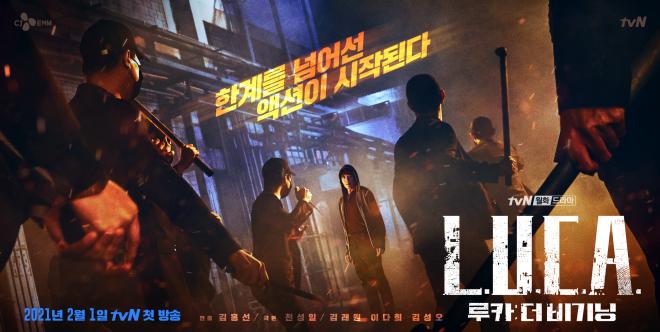 Rough Sketch Of The Drama

The drama’s concept is based on Charles Darwin’s proposition that all species of life have descended over time from common ancestors. The acronym, LUCA, stands for “last universal common ancestor”.

It follows the story of Ji Oh, a man thrusted into the world with extraordinary capabilities and a secret. However, he is clueless about his real identity. Mysterious figures are in pursuit of him while he tries to find answers to numerous questions that surround him.

He meets Gu Reum, a detective whose parents disappeared when she was just a child. She is a firm and headstrong woman who puts her energy into anything that rouses her curiosity. But her crossing paths with Ji Oh will unexpectedly turn her life upside down. 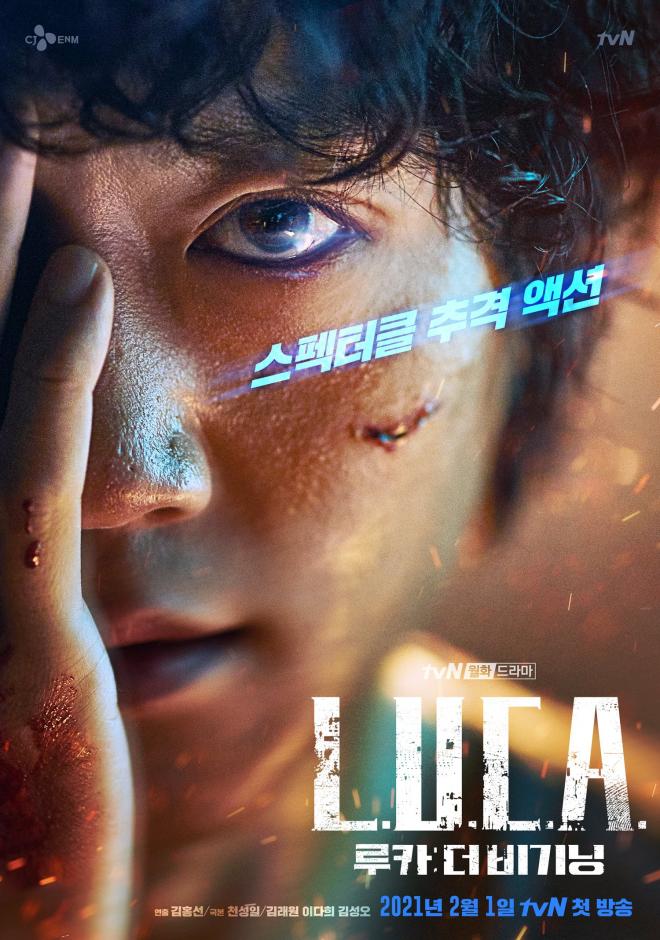 PD Kim Hong Sun, who showed an unrivaled directing prowess in his works such as Voice 1 and  The Guest, will call the shots in the production process. He will work alongside the brilliant writer Chun Seong Il who has been loved through dramas and movies such as The Slave Hunters and Pirates 1 & 2.

Top-notch cinematographer Choi Young Hwan will render his artistic talent to provide cinematic effect in this drama. His previous film projects include Berlin and The Thieves.

L.U.C.A: The Beginning will premiere on February 1 via tvN.