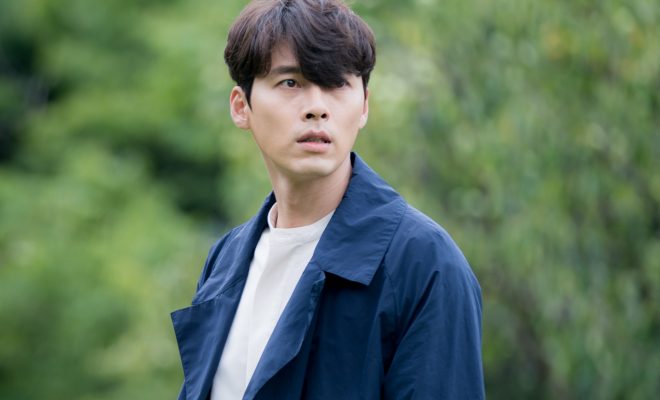 Topping up its heart-stopping episode 3, Memories of the Alhambra, by now, has secured its followers to be in place until its end somehow with invisible shackles and chains binding them. 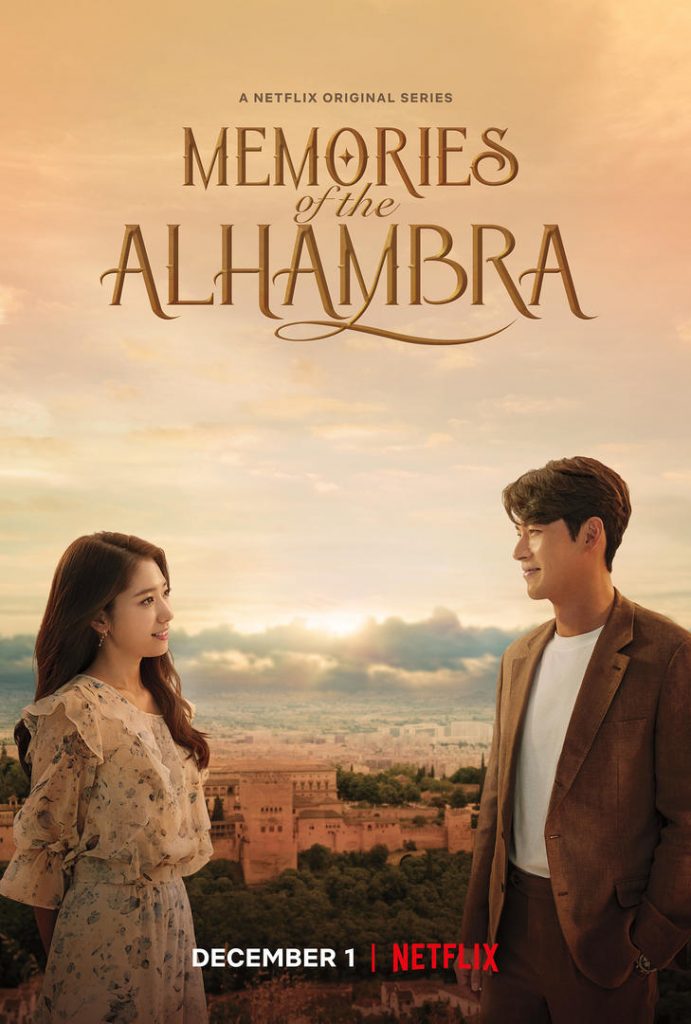 Out of fear the fortune they received might not be true, Grandma wakes up Jung Hee Joo (Park Shin Hye) to check if it is still there. After assuring her grandmother that they are still rich, she heads to start her day in a bright mood.

Staring at a classic guitar, she remembers Jin Woo’s words of her to continue playing it. Fiddling on her phone to search for him online, she fumbles and slips when he appears right before her eyes.

Yoo Jin Woo (Hyun Bin) picks up her phone, tacitly acknowledging her snooping of him, and asks her to help with interpretation. They head to Hyung Suk place to help out with their situation. Jin Woo’s ex-wife bursts out with emotions, putting the blame on him for what had happened to her husband. 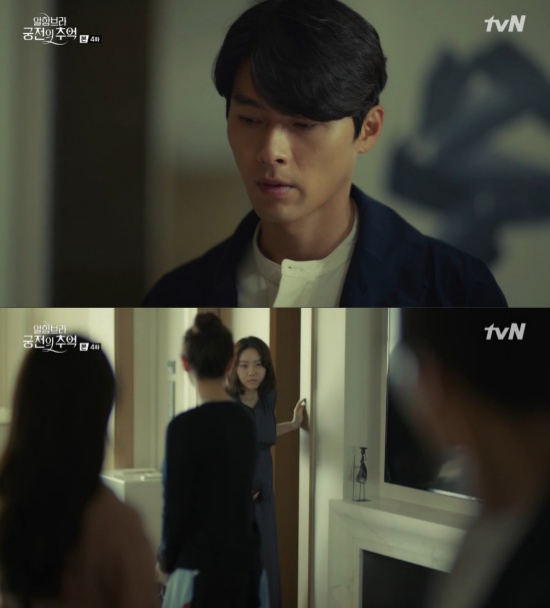 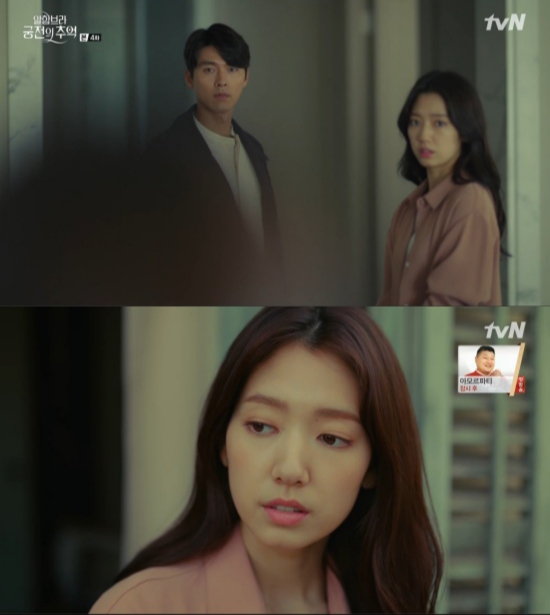 Leaving Hee Joo to bridge communication with the doctor, Jin Woo heads to the hospital to check on Hyung Suk’s body.

Recalling their game duel, he stares at his ex-best friend’s lifeless body. Obliging the request for standard police questioning, Jin Woo learns how the cause of death is baffling – excessive blood loss without any mark of wound.

Worried about him getting involved with Hyung Suk’s death, Jin Woo assures his friend that it is better to come clean of acknowledging that he really met him. 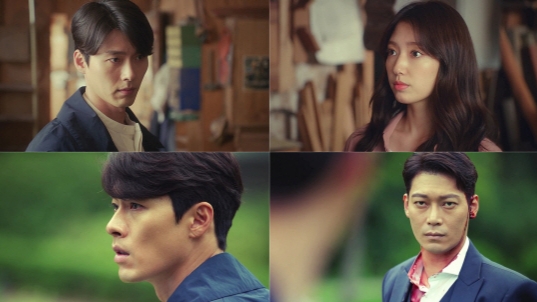 A faint guitar melody catches Jin Woo’s attention as his secretary tells him the song name is “Memories of the Alhambra”.

Finding himself back at the park where he last met his friend, Jin Woo wears his AR game lens and finds Hyung Suk’s wounded game character covered with blood sitting on a bench.

Reckoning the harsh words he told her the previous night, he walks away and is alerted by the game that an enemy is approaching. Just then, Hyung Suk’s character appears, so he defeats him again.

Confused on what just happened inside the game, he orders his genius programmer to investigate for the technical issues in the game. 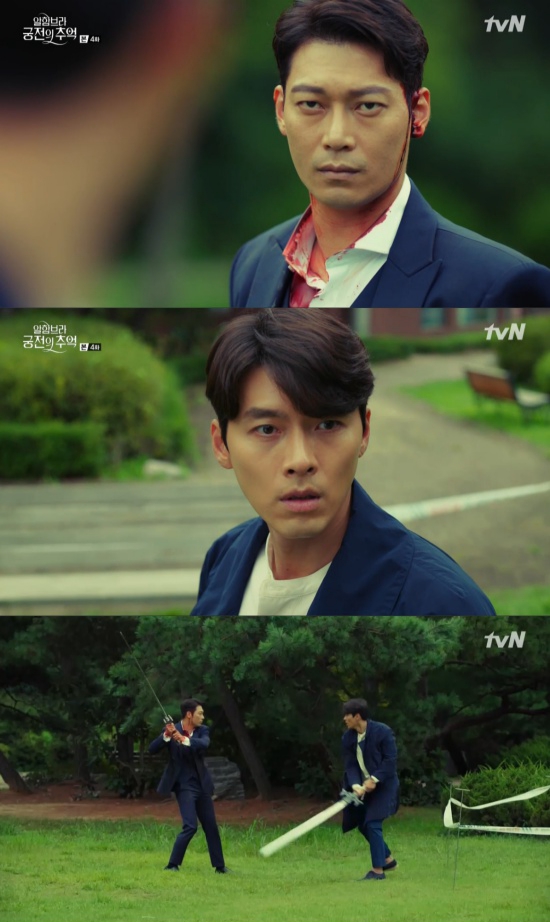 After receiving a phone call about a bag left in the station, Jin Woo claims it after deducing that it is Se Joo’s missing bag.

Jin Woo goes back to Hostel Bonita and finds a way to obtain information he needs by using Se Joo’s computer. He calls Hee Joo after his work is done and gives his two cents for being so trusting. Clueless Hee Joo still appreciates him for the concern. Feeding the information he obtained, he orders Agent A to trace someone.

Going back to his room, Jin Woo broods about the events that just happened and receives a call from Hyung Suk’s father. Just then he hears, the Spanish guitar melody of “Memories of the Alhambra” amidst the sound of the thunder.

Someone knocks on Jin Woo’s door and he gets another surprise when Hyung Suk appears with his sword. He calls his programmer to check what he is seeing. Suddenly, Hyung Suk attacks and wounds him with his sword.

Hee Joo receives a phone call to check on Jin Woo, but just when she is about to check him, a loud thud is heard. Hee Joo sees unconscious Jin Woo fatally wounded body falling from the hostel’s sixth floor.

Memories of the Alhambra Episode 4 Afterthoughts

A mirage inside an AR game inside a fictional Korean drama? More of these complex scenarios are expected, given the limitless imaginative goals Memories of the Alhambra seems to be dreaming of.

This series requires keen focus while watching because the shifting of the virtual AR game world and reality appears to be the playing ground that will be used in the succeeding episodes.

Slowly but surely, while the cryptic elements prove its beckoning value, the romance insertion is also being prepped up to sail once the picture of the full conflict is in motion.

I have a bucket full of questions now, but I know it is not the right time to ask yet since we are barely seeing the framework of the narrative. For now, I am savoring every bit of thrill I am getting for its amazing script and portrayal so far.

Memories of the Alhambra is pumping everyone up with its thrilling narration. It is a drama that you will hate sweetly because of how it efficiently makes use of its cliff-hangers to bother the audience who gets overly excited to wait for its new episodes each week.

Fans can catch Memories of the Alhambra on Netflix 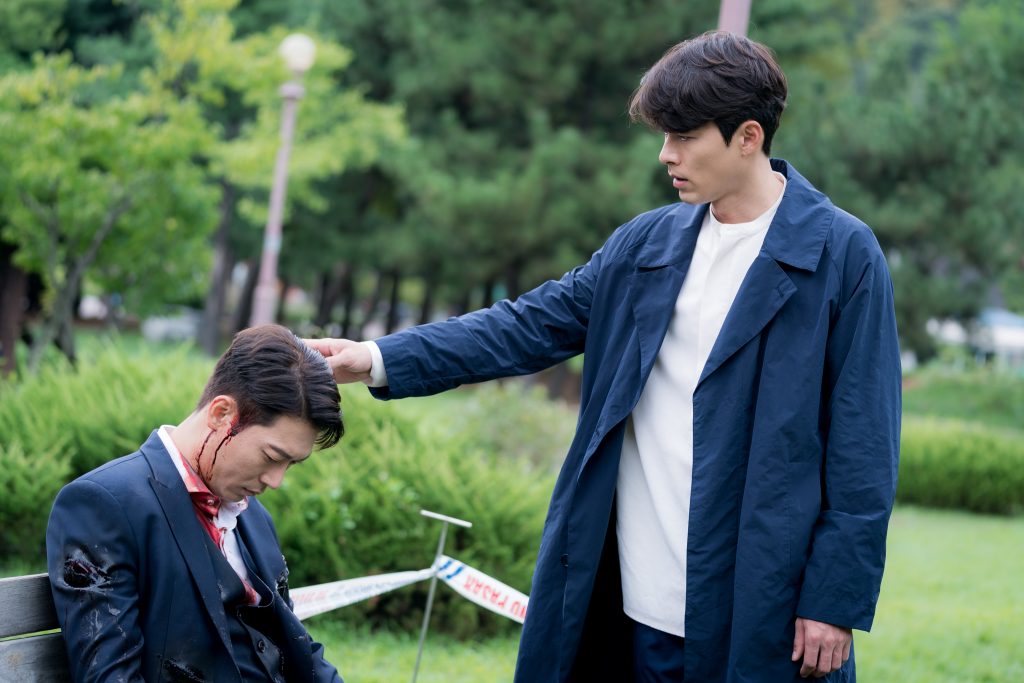