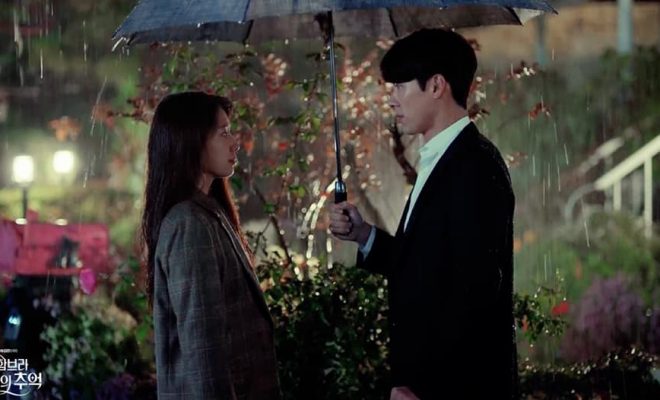 You’ve got to admire the gutsy hero of Memories of the Alhambra.

As the game conflict melds to the personal lives of the main characters in Memories of the Alhambra, the thrill just keeps on piling up.

Moving forward to the second half of the story means stronger moments for the female lead to blend her story. Furthermore, the unraveling of what happened to the original game developer joins the existing conflict tackled by the hero.

It has been a year since the departure of Hyung Suk. J One is in full swing, testing the augmented reality game for global release. While Director Park makes a speech for Hyung Suk’s memorial, Jin Woo has an unexpected appearance in the church.

When asked by Professor Cha if his hallucinations are still going on, he responds that he has to live without delusions. Hinting a complaint with Director Park who has been handling the corporate affairs of the company, he expresses his return to work since the business has been unstable.

After paying respect to his old friend, he stands to exit the church. Suddenly, (*gasps) the game prompts in his vision and wounded Hyung Suk appears with his sword ready to duel. But Jin Woo who has reached level 84 in the game summons a deadly pistol and shoots him to end the game easily.

Secretary Seo gets scolded by Director Park for not advising that Jin Woo has been in Korea in the last three months. Apparently, their CEO has been playing the game since then, hence he has secured a top rank in it. His character was also programmed to cross the pilot game being developed for official launch by the company.

After greeting his baffled employees who has joined grapevine gossips about him, he goes straight to his office and gets a serving of frustration coming from his top-actress wife, who has declared war against J One Holdings.

Craving for some alcohol, he goes to the room of his genius game developer Yang Joo to get some. Jin Woo’s reverie is broken as strums of guitar suddenly hum. He searches for the sound and sees the character of Emma from Se Joo’s game. No matter how much Yang Joo pleads to keep her in the game they are setting up, Jin Woo refuses to relent. 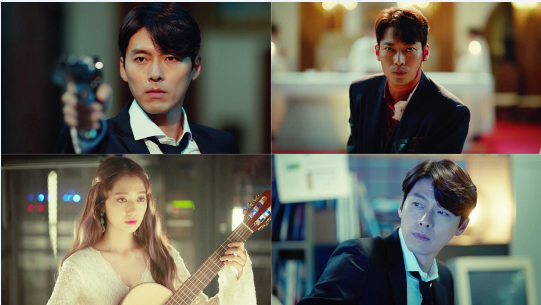 Rushing to see Jin Woo, Director Park castigates the wayward CEO of not informing his presence so the former reveals that his delusions are still happening.

Jin Woo tells him that the cryptic connection of the game to his delusions is not because of the game server. But he has discovered a workaround in the crazy world he lives.

Before heading to Seoul, Jin Woo orders Yang Joo to create a game space for him to level up. In doing so, he was able to acquire a gun that can help him defeat Hyung Suk right away.

Despite having a bad leg, Hyung Suk plays the game with all his might until reaching the level ultimately when he can acquire modern weapons.

While the two friends chat, Jin Woo alerts of Hyung Suk’s presence in the room. But before Jin Woo can draw his weapon, Secretary Seo comes to his aid with a sword and wields it on the persistent game phantom.

Flabbergasted (like all of us), Director Park learns that another person aside from Jin Woo has been seeing Hyung Suk’s apparitions in the game. That disqualifies the idea that Jin Woo could have been having some mental issues.

After learning that Hee Joo has moved back with her family in Korea, Jin Woo finds himself in front of their house.

Jin Woo who has retrieved Se Joo’s backpack orders Secretary Seo to keep in touch with Hee Joo until they are able to find her missing brother.

Surprised at seeing Jin Woo in front of their house, she invites him in since the rain is pouring. In mixed emotions, Hee Joo tries to compose herself. But when Jin Woo notices her subtle cold treatment, she bursts and rants about the truth on her missing brother.

Apparently, Hee Joo has deciphered the puzzle pieces linking Jin Woo to his brother and demands to know Se Joo’s whereabouts. She lashes out how she trusted him with all her heart and had been sincere with him, but he responds how he told her not to trust him easily. 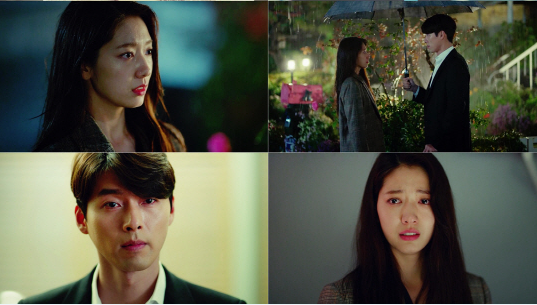 Memories of the Alhambra Episode 7 Afterthoughts

Writer Song threw in that plot twist with another person other than Jin Woo also seeing Hyung Suk’s wraith, and that has made the rules of the series even more interesting. Could Se Joo be hiding somewhere orchestrating the world he created?

Instead of succumbing to his hopeless situation of having unexplained visions, Jin Woo braves the odds to continue his life day by day. His relationship with Hee Joo should be heading to a direction where she will lead him to understand the concept of trust. 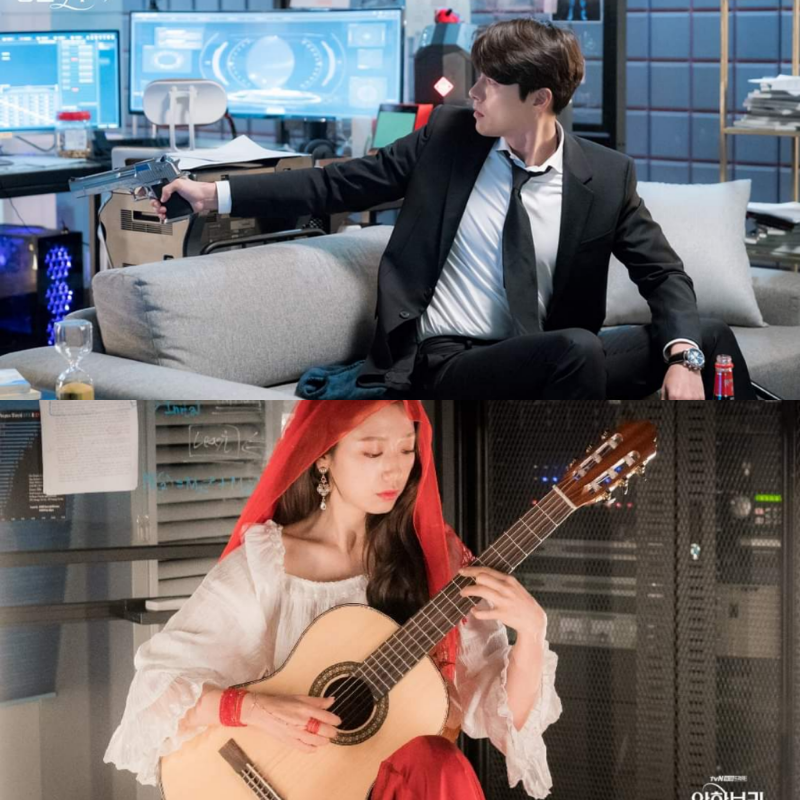 By now, I am already sold to try that fictional game if ever it will be made available in real life. *wink

I know most fans like me can’t wait to get all the answers to the questions raised in the complex plot yarning of Memories of the Alhambra. Furthermore, we are also anticipating the romance that will make Jin Woo believe in love again courtesy of Hee Joo.

Watch the eight episode of Memories of the Alhambra tonight on tvN or Netflix.