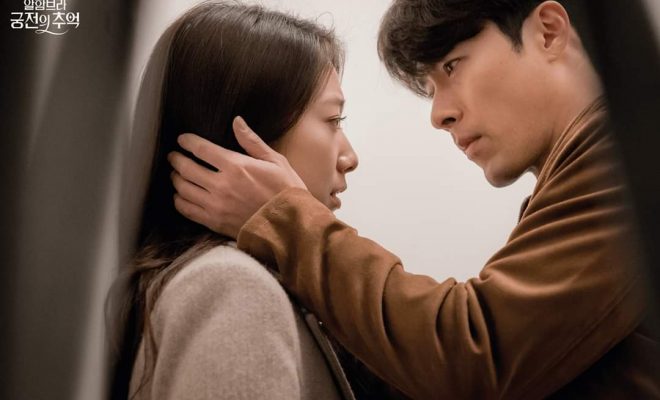 In its thrilling finish, Memories of the Alhambra poured in the hero’s emotion, ultimately ending his arduous journey.

Hyun Bin and Park Shin Hye lead the amazing cast of the superbly riveting Memories of the Alhambra. After 16 episodes, the closure might not spell happiness, but it stayed true to the narrative’s color.

Rushing to the church, Sun Ho logs in to the game and finds a small amount of crystal mound described by the game as Hyun Seok’s “bug remains”.

In flashback, Jin Woo is seen piercing the key to Hyung Seok, Professor Cha and Secretary Seo; clearing the game glitches one by one.

Emma’s guitar melody erupts and Jin Woo walks toward her. She asks him why he ran away last time and he responds that he got scared. Emma accepts the key handed by Jin Woo as the latter prepares himself for the inevitable.

Breaking down at the sight of Jin Woo’s bug remains, Hee Joo also arrives at the church joining Sun Ho. As soon as her presence is felt inside the game, the remains of Hyung Seok, Professor Cha and Secretary Seo float in the air. Back at J One holdings, the game magically moves on its own wiping out the entire program.

Later on, Sun Ho learns from Se Joo that he told his sister how he programmed Emma to clear the game glitches. Realizing how she might not see Jin Woo again, Hee Joo keeps coming back to the church where he was last seen for a glimmer of hope that he will return.

Still continuing with writing emails to his friend who does not reply, Sun Ho attends Soo Jin’s speech at the inaugural ceremony of Professor Cha’s scholarship foundation.

Hee Joo meets Sun Ho for a cup of coffee and is surprised to learn that he will go for an early retirement. Knowing that she still waits for Jin Woo, he advises her to move on since a year has passed with no news from him.

The game, which Jin Woo tried to protect for the sake of the company he founded, gets its official launch. Earning massive success, the game pushes J One to unprecedented stock market rise and impressive global reception as users rave on its features.

Agreeing to work as a CEO at J One Holding’s new subsidiary company, Se Joo goes with his noona to meet the staff in the company he will officially work for.

J One geek tech team applauds and meets the idol they have been longing to see, so Hee Joo exits the building with a happy heart.

Overhearing two game users talking about a user with a gun helping out the players, Hee Joo exhausts details from the stranger. She rushes to the location cited – and true to what Hee Joo heard – Jin Woo stands in silhouette firing his gun to help the players. 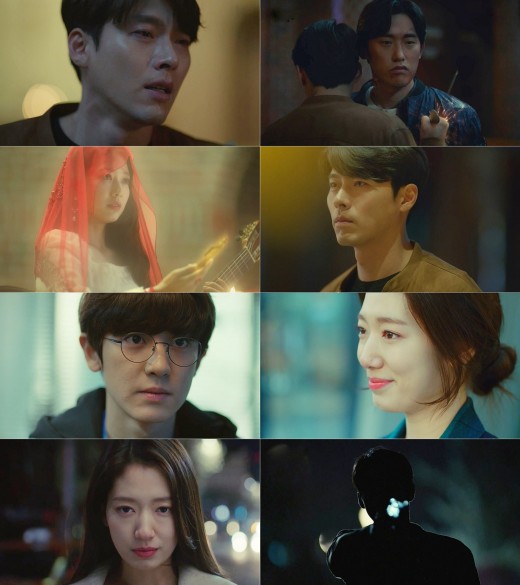 Memories of the Alhambra Finale Afterthoughts

Admittedly as a fan of the series, I hoped for a sunny ending given Jin Woo’s agonizing story. As a K-Drama critic, the closure befits what the narrative has been preparing the viewers since its beginning. So I don’t have a tinge of chagrin watching the meaningful fading scene. Vague as it may seem, it leaves the viewer to decide what ending he wants to have for the story.

True, it’s easy to either choose between lame-power-of-love-happy-ending and lame-let’s-make-Jin-Woo-indestructible-ending. But those scenarios won’t be consistent to the story’s conflict.

I even consider the possibility of Hee Joo going Lana Croft-ish, playing the game to reach level 100 for her futile attempt to possibly meet Jin Woo. But that I’m-goin-to-rescue-my-prince resolution doesn’t stay true to the narrative’s prime conflict.

It has always been Jin Woo’s story. Even if it is taxing, joyful, harrowing or optimistic – it boils down to what his character has been seeking to achieve when he bravely decided to confront its impossibility. His journey to unravel and outwit the augmented reality game which consumed his life – only deserves a genuine ending.

Could there be a sequel in the horizon?

We know that the narrative inserted Se Joo’s dungeon game compartment for a reason. We know Jin Woo’s vanishing does not transpire death for the reason that his game bug condition is different from Hyung Seok, Professor Cha and Secretary Seo. He is the only one who did not die in the real world setting.

Ergo, given that the game was reset, it gives a feasible reason that Jin Woo shielded himself with the master’s power that grants him access to the game’s secret hiding place. A space where Se Joo, the game developer created himself, and has also used before. Consequently, it explains his re-emergence in the game, albeit ambiguously described if he became an NPC or he has hidden himself, and still takes his human form.

The open-ended closure urges the viewers to believe the best possible ending for the two worlds which Jin Woo alternately lives in Memories of the Alhambra.

Sans the safe landing, and if we were given a definite answer if Jin Woo’s return in the game also transcends to his real life, the series would have been perfect.

But, if this is a way of suggesting a second season, it is a happy news given how the plot has a lot of rooms for elaboration.

*Fans can watch Memories of the Alhambra on tvN and Netflix. All photos from tvN.