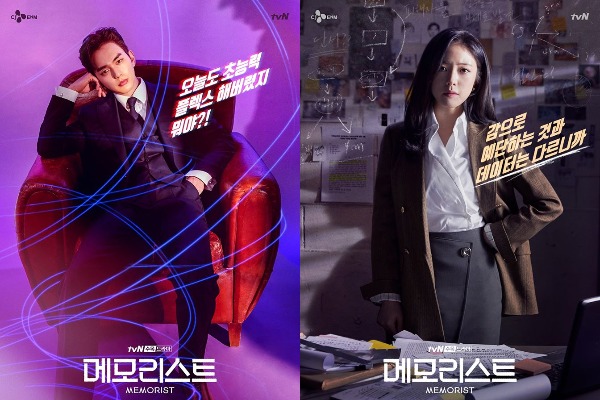 Memorist stars Yoo Seung Ho and Lee Se Young flaunt their skills in their character posters. Based on a webtoon of the same title, the drama follows the story of Dong Baek (Yoo Seung Ho). He is a detective with a special ability to read people’s memory. He will meet elite profiler Han Sun Mi, and together, they try to find a serial killer on the loose. 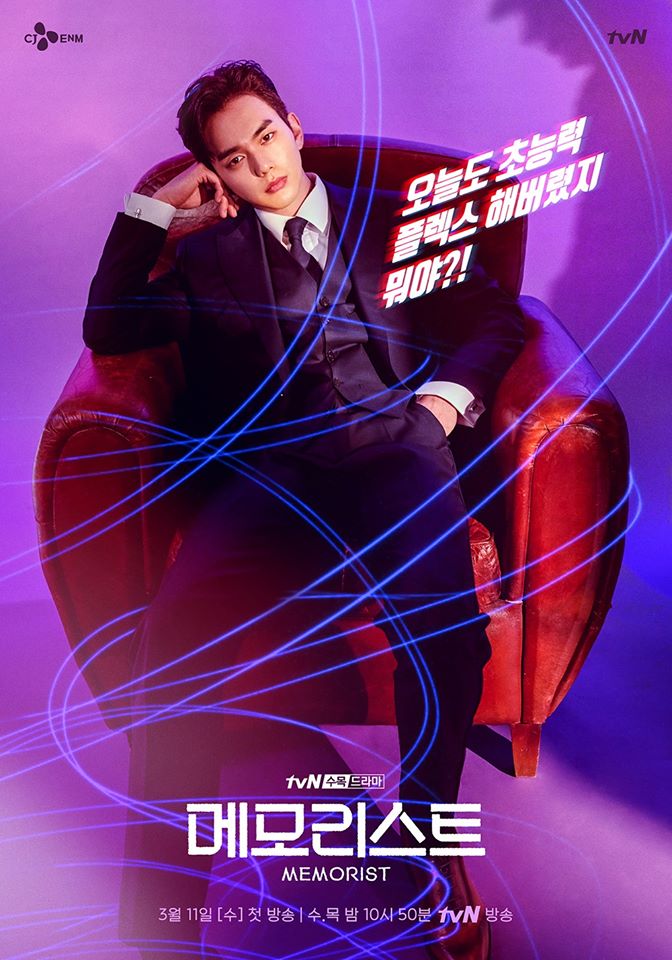 While the teaser video provides a glimpse of the drama’s premise, the released posters attract attention as Yoo Seung Ho and Lee Se Young are transformed into their respective characters. In the first poster, Yoo Seung Ho’s deep and sharp gaze characterizes a man confident about his ability.

His face, devoid of any emotion, carries a mysterious vibe. The phrase “Today, I have flexed my superpower, so what?” indicates Dong Baek’s confidence. Viewers can look forward to Yoo Seung Ho’s complete immersion into his role, depicting a detective full of mystery and charms. 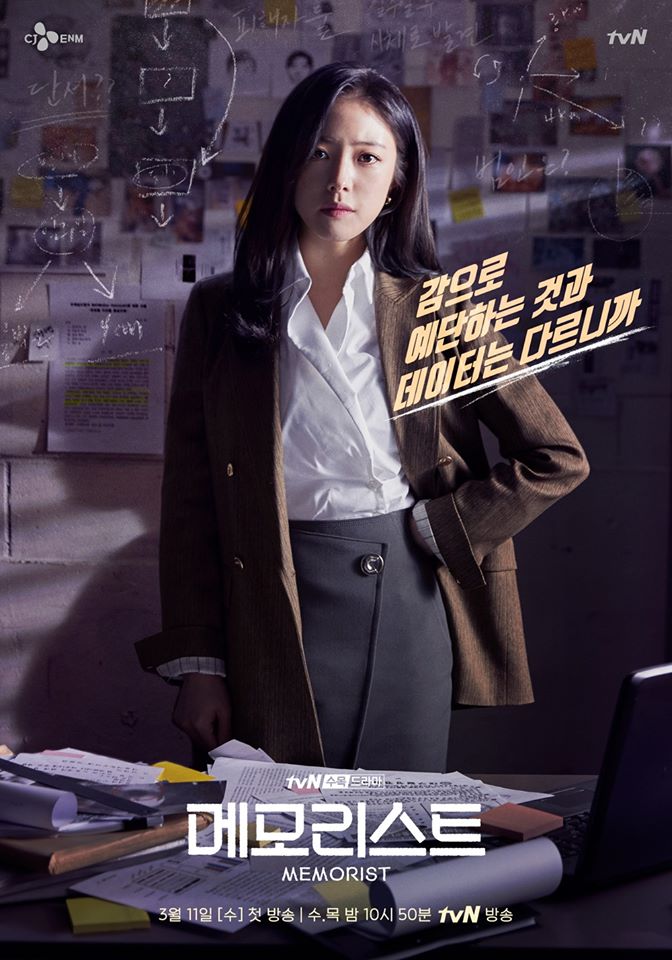 Lee Se Young showcases an intense aura in her character poster as profiler Han Sun Min. Her aura rouses curiosity as case files surrounds her with eyes which are keen in not missing a single clue. Her intelligence and attention to detail have made her the youngest senior investigator in her department.

Written on the poster are words “There is a difference between intuition and data”. This indicates Han Sun Mi’s persistence and tendency to work hard on her investigations. Expectations are focused on Lee Se Young’s transformation into her role with an unparalleled poker face and cold charisma.

The production crew of Memorist said, “Dong Baek and Han Sun Mi are characters with opposing charms and different methods of solving crime. Drawn by a sense of an urgency to solve murder cases and hunt down a serial killer, it will be exciting to see the two of them work together”. They added that fans can see a new side to Yoo Seung Ho and Lee Se Young.

Hellokpop, as an independent Korean entertainment news website (without influence from any agency or corporation), we need your support! If you have enjoyed our work, consider to support us with a one-time or recurring donation from as low as US$5 to keep our site going! Donate securely below via Stripe, Paypal, Apple Pay or Google Wallet.
FacebookTwitter
SubscribeGoogleWhatsappPinterestDiggRedditStumbleuponVkWeiboPocketTumblrMailMeneameOdnoklassniki
Related ItemsLee Se Young.MemoristtvN drama 2020Yoo Seung Ho메모리스트
← Previous Story Seohyun, Go Kyung Pyo & Kim Hyo Jin To Play The Outsmarting Game In New jTBC Drama
Next Story → Stray Kids To Spur Levitating Moments At Manila Stop Of “District 9: UNLOCK” World Tour