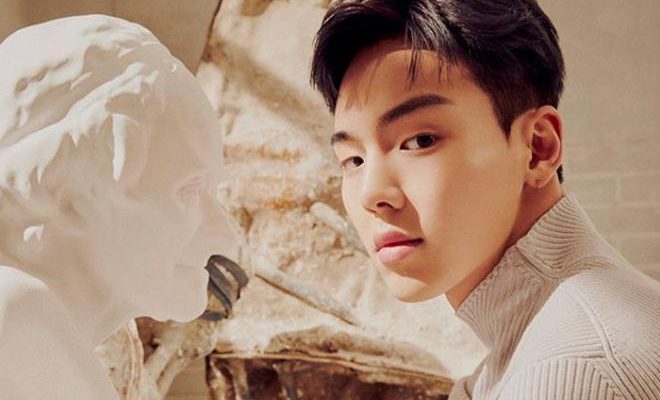 MONSTA X’s Shownu will be stirring hearts with his symphonious vocals in a sweet new song!

MONSTA X’s leader Shownu is on his way to impress with his participation in the OST of tvN’s drama Tale of the Nine Tailed. The talented vocalist will be showcasing his musical genius on the track “I’ll Be There”.

The track “I’ll Be There” boasts of a dreamy melody that is sure to create an evocative atmosphere. Moreover, the power-packed chorus will bewitch with its enchanting charms and dynamic sounds. The lyricism is equally impressive with poetic lines such as, “I will find someone who is destined to cross time and space.”

The song also backs up as the main theme song for the male lead Lee Yeon, played by actor Lee Dong Wook. Shownu’s unique vocals will be adding a mysterious aura to the drama mirroring its fantastical theme.

The track marks Shownu’s first solo song since his debut in MONSTA X in 2015. The singer has captivated fans around the world with his beautiful vocals and electrifying performances. Thereby, it comes as no surprise that listeners are eagerly awaiting the release of this OST track.

Tale of the Nine Tailed is helmed by director Kang Shin Hyo and is written by Han Woo Ri. Set in a fantasy world, the action takes place in a city where a gumiho settles in the city and a producer chases him. It leads to an interesting turn of events leading to romance between the two pivotal characters. The drama airs on tvN every Wednesday and Thursday at 10:30 PM KST.

Shownu’s OST track “I’ll Be There” will be releasing at 6 PM KST today. Meanwhile, MONSTA X is gearing up to make their exciting comeback with their third full-length album FATAL LOVE on November 2.