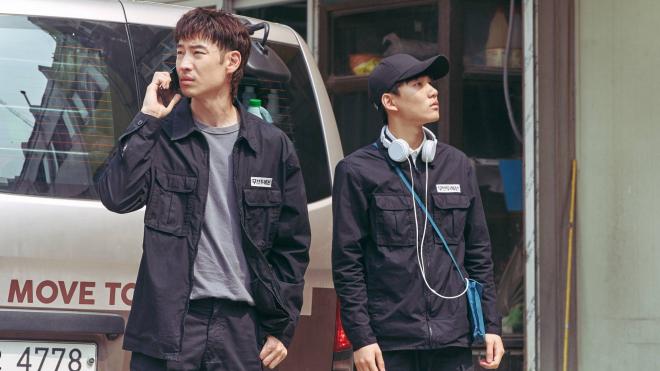 Move To Heaven makes us feel compelled to watch its heartening story!

Netflix has released the first official trailer for the heartwarming story of Move to Heaven. The released trailer shows Geu-ru (Tang Jun Sang) a young man with Asperger’s syndrome, and Sang-gu (Lee Je Hoon) who becomes his guardian overnight.

When Geu-ru’s father, Jung-woo, (cameo by Ji Jin Hee) suddenly passes away, Sang-gu lives with Geu-ru for three months to help with the work of the trauma cleaners, “Move to Heaven”. They find themselves living together and building an unexpected relationship.

Sang-gu, who is at odds with Geu-ru due to their opposite personalities, gradually finds Geu-ru’s sincerity permeates as they work together. Geu-ru and Sang-gu deliver the last stories from the people who have passed away that are left behind, offering with the final words of farewell much comfort and empathy.

Every Death Has A Story To Tell

Move to Heaven is an inspiring story based on a nonfiction essay Things Left Behind written by Kim Sae-byul who is also one of the first trauma cleaners in Korea. Director Kim Sung-ho and writer Yoon Ji-ryun team up to present diverse stories left behind of those who passed away, told from the honest and unbiased perspective of Geu-ru who has Asperger’s syndrome.

The show has received attention for its lineup of cast members who are known to bring sincerity and passion to their roles: Lee Je Hoon, Tang Jun-sang and Hong Seung Hee. Making their special appearances are Ji Jin Hee and Lee Jae Wook.

Move to Heaven, the inspiring story that will warm viewers’ hearts this spring, will be released on May 14th, only on Netflix.