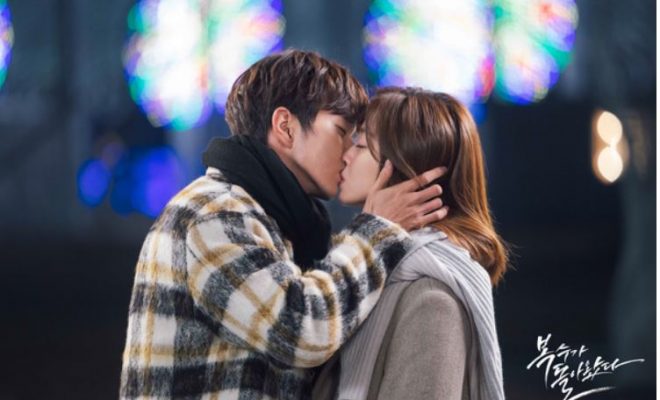 Kang Bok Soo and Soo Jeong finally agree to put the past behind them and start anew in My Strange Hero.

After everything is brought out in the open, healing finally starts between Bok Soo and Soo Jeong. Bok Soo has had nine years of suffering and it’s time for him to finally be happy. He hasn’t been able to totally forget Soo Jeong, and has led a bitter but lonely life as he nursed the hurt he felt after Soo Jeong cruelly turned her back on him.

As much as he tries, Se Ho can’t compete with Bok Soo, and this frustrates him to no end. In his efforts to win Soo Jeong, he comes off arrogant instead, and ends up saying the wrong things. 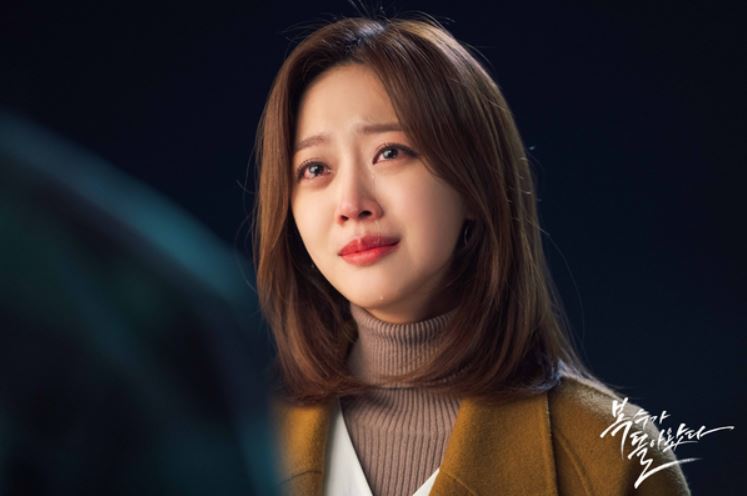 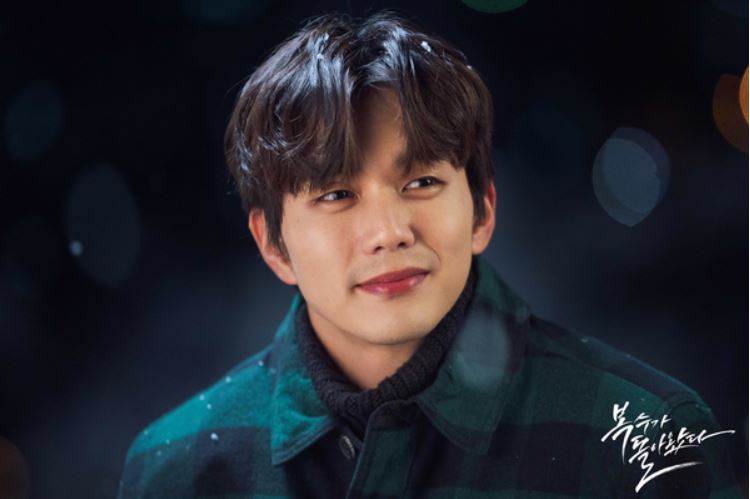 Bok Soo and Soo Jeong agree to move on

Soo Jeong cries as she asks Bok Soo if he pitied her when they were young. Bok Soo tells her that he did everything because he liked her, not because he pitied her. She tells him that she overheard him talking to Se Ho up on the rooftop. Bok Soo realizes that Soo Jeong did not understand what actually happened between the two boys.

Soo Jeong says she ran away because she was too afraid that he found her pitiful because of her living condition. She used her school uniform as sort of a mask since because of it, no one found out about how she lived. Tearfully, she admits that she liked going to school because Bok Soo was there with her. When he left, it became hell for her. She tells him how agonizing all those years were. She also says that she would have just told him off if Bok Soo told their class about her. But Soo Jeong admits to Bok Soo that he hurts her the most.

After their emotional confrontation, Bok Soo and Soo Jeong mutually agree to settle their differences and start fresh. Bok Soo suggests that they forget about their classmates who bullied Soo Jeong nine years ago. He wants them to start again, even as teacher and student.

Nothing fazes Bok Soo the next day as he returns to school following their conversation. He dreamily stares at Soo Jeong in class and follows her in the hallway. His classmates are all very glad to see him back. Seung Woo even gives him his bulgogi burger. Meanwhile, Soo Jeong tries to distance herself from Bok Soo by constantly reminding herself that she’s still his teacher. Bok Soo totally disarms her when he smiles at her. 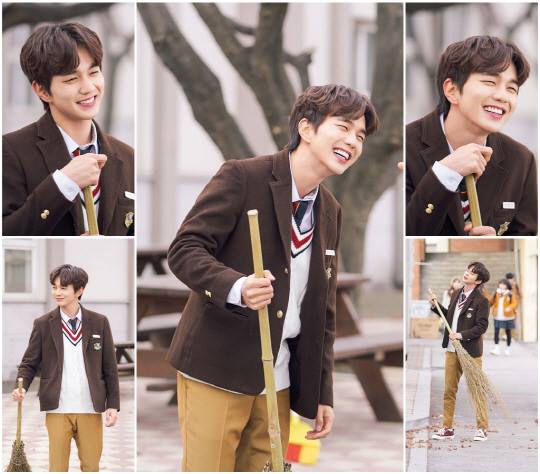 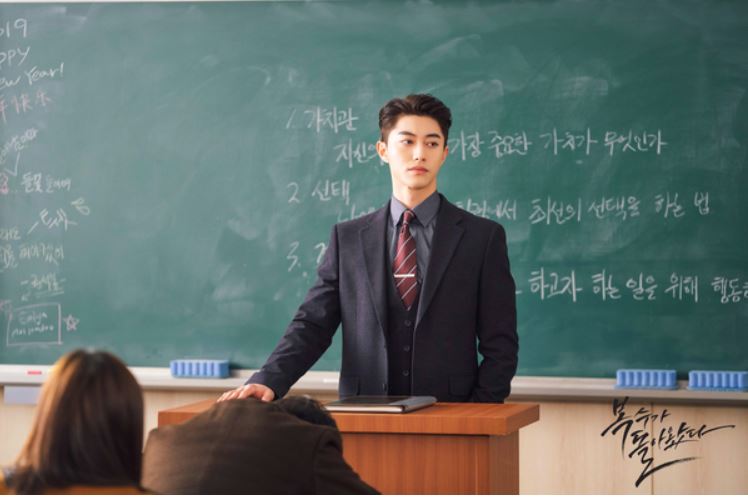 As part of their efforts to help the class choose a career path, Se Ho volunteers to be a lecturer. The school director talks about all his achievements, but then tells them that they shouldn’t live like him. He tells the class to find something they’re good at. He adds that if they can’t have good grades in school, then they need to find something they’re interested in instead.

Se Ho tells the students not to force themselves to study. This totally throws off their goal to help the Wildflower class. Bok Soo disagrees with him, and says that for the students, school is a protective layer from reality. Soo Jeong tries to diffuse the tension but Se Ho leaves the room with a smirk.

After the lecture, Se Ho invites Soo Jeong out for a meal. Point blank, Soo Jeong tells him that Bok Soo already said he didn’t push Se Ho. Se Ho’s steely gaze doesn’t waver as he lies to her, and tells her that Bok Soo pushed him off the rooftop. Soo Jeong is furious as she tells him that contrary to what Se Ho wants, she can’t live in the present. She won’t be able to forget about the past until she uncovers the truth.

Kang In Ho Pretended to Be in the Ivy Class

By coincidence, In Ho’s mom finds out about the budget that was assigned to the Wildflower class. She finds it unfair, and says that In Ho’s class should get it instead. All this time she thought her son is in the Ivy Class. In Ho brushes his mom off, but doesn’t admit he was also in the Wildflower Class with his uncle.

Thanks to Teacher Park, Bok Soo and Soo Jeong set off on a field trip. They get to know each other more as they are away from being just student-teacher. Bok Soo reminds her that he is there because Teacher Park hired him to go in his place. They enjoy the day despite Min Ji trying to get in between them. 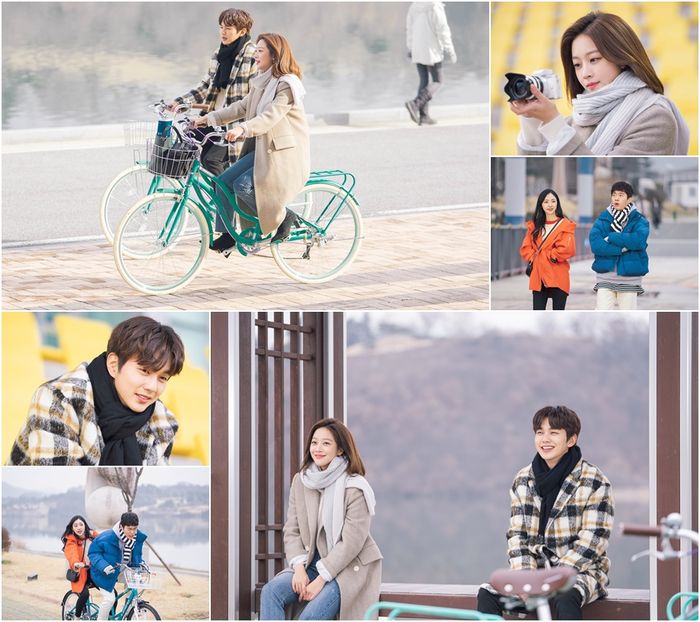 After managing to escape from the watchful eyes of Min Ji, Bok Soo and Soo Jeong spend time alone. Soo Jeong apologizes to Bok Soo for not believing in him before. Bok Soo assures her that he’s ok because she was with him now.

Soo Jeong credits Bok Soo for giving her her dream. She tells him that she feels guilty over how Bok Soo’s life turned out. Bok Soo slyly says she can make his dream come true, which is to be her boyfriend. They sweetly end their conversation with a kiss. 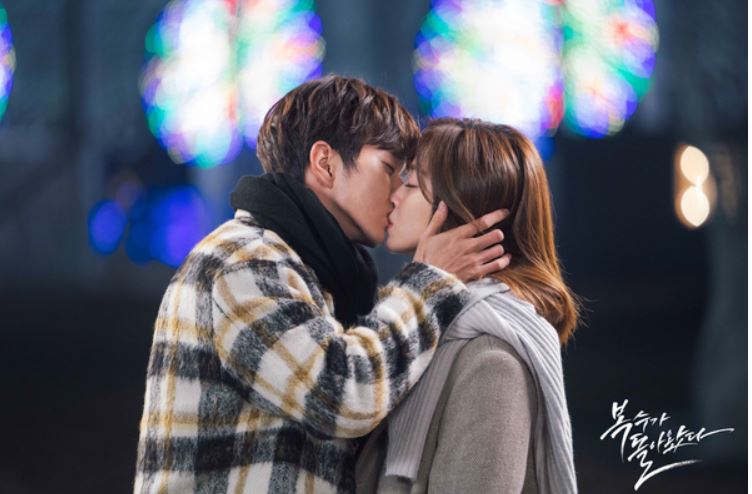 So far, these two episodes have been the cutest so far. Healing starts for Bok Soo and Soo Jeong as they realize that their feelings have always been there for each other. Soo Jeong has finally faced what happened nine years ago and now she’s ready to find the answers that she wasn’t able to get before. The guilt on ruining Bok Soo’s life rides heavily on her, but she’s at least ready to make amends. I’m glad that she admitted that she could not let go of the past, and she wanted to know the truth about the rooftop.

I’m still conflicted about Se Ho’s character. I can see that he’s trying to win Soo Jeong over, but it turned me off how bluntly he was able to lie to her. It also put me off that he arrogantly showed off his accomplishments during the lecture, which I took as an indirect hit to Bok Soo. In his eyes, Bok Soo amounted to nothing. He also pointed this out to Soo Jeong during their dinner. He told her he wanted to let her know how cool he is and how good he is at everything. But no matter how hard he tries, Soo Jeong still stands up and leaves him cold.

After this week, Bok Soo has lost focus on his initial plan of revenge. He is distracted by his growing attraction to Soo Jeong all over again. This makes me wonder what will happen to his promise to make their lives miserable. As an actor, Yoo Seung Ho has improved his timing in this drama. He makes me laugh with mere expressions and his slight movements. He’s already got the drama and romance down pat, so I’m glad he’s improving his comedy as well.

She is currently watching My Strange Hero, Encounter, Clean With Passion for Now, God’s Quiz 5, and Fates and Furies