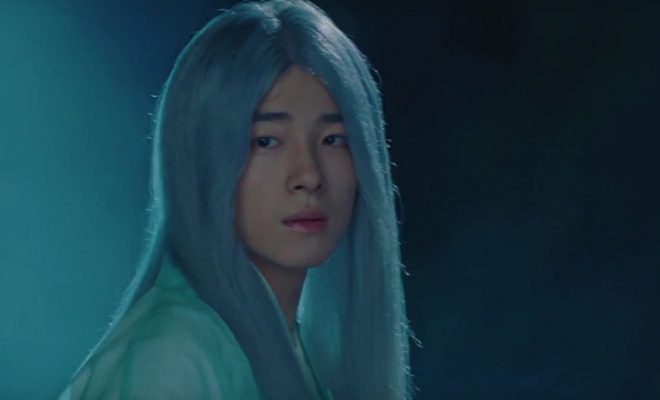 The drama is gaining popularity owing to its consistent soaring ratings. Aside from its dynamic cast and outstanding and addictive story line, fans are tuning in because of its growing list of big stars appearing in cameo roles. 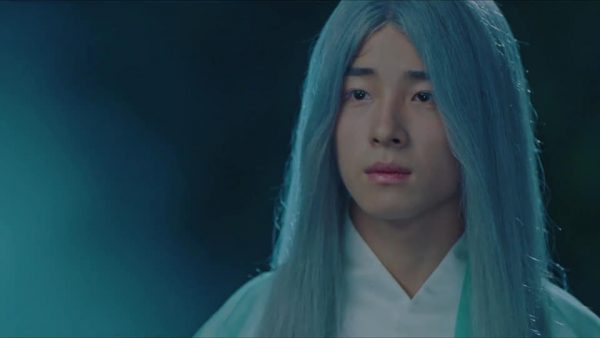 Aside from Korean actor David Lee, actor Nam Da Reum also played a pivotal role in Episode 9. Capturing attention with his long flowy hair, the actor, portraying a Daedong spirit who protects the village well, first appeared in the midst of smoke.

IU’s character Man Weol encounters him seated by a well as she makes her way back to the hotel. Man Weol came from a makgeolli factory and credits the presence of the spirit for the high quality of the rice wine. 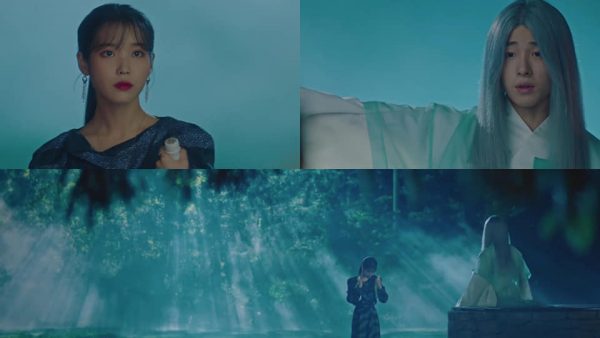 Later on, he arrives in Hotel Del Luna and creates havoc while he stays as a visitor. The spirit shows Chan Seong his greatest fear, which affects him greatly. 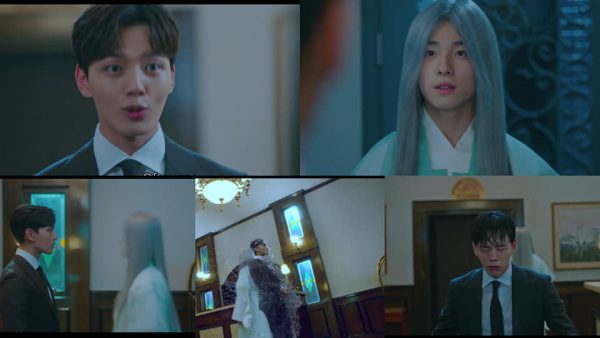 Nam guested on the show due to his close relationship with its director, Oh Choong Hwan. The young actor worked with the director in the 2017 drama While You Were Sleeping. Nam portrayed the young Jung Jae Chan, which was played by Lee Jong Suk.

The handsome actor is no veteran in the industry, having made his debut in 2009 when he portrayed the young Yoon Ji Hoo in the hit drama Boys Over Flowers. Throughout the years, Nam took on younger roles, often portraying the younger versions of lead roles. Aside from While You Were Sleeping, he took on the younger versions for dramas such as Rain or Shine, Come And Hug Me, Radio Romance and Where Stars Land.

Meanwhile, fans can look forward to yet another cameo on Episode 10 of Hotel Del Luna. IU’s close friend, Sulli, is set to guest in the series.

Hotel Del Luna airs every Saturday and Sunday on tvN. Additionally, fans can also catch the drama on Viu.

Image Credit: All screencaps from Viu.

Hellokpop, as an independent Korean entertainment news website (without influence from any agency or corporation), we need your support! If you have enjoyed our work, consider to support us with a one-time or recurring donation from as low as US$5 to keep our site going! Donate securely below via Stripe, Paypal, Apple Pay or Google Wallet.
36
SHARES
FacebookTwitter
SubscribeGoogleWhatsappPinterestDiggRedditStumbleuponVkWeiboPocketTumblrMailMeneameOdnoklassniki
Related ItemsHotel Del Lunanam da reum
← Previous Story K-Drama Premiere: “When The Devil Calls Your Name” Spins An Engrossing Tale About Humanity
Next Story → Lee Min Ho & Kim Go Eun’s New Drama Secures Broadcast Spot On SBS