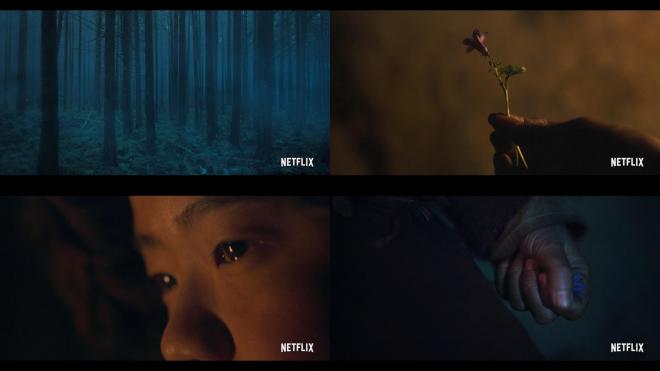 Discover the origins of the epidemic, the mystery behind Ashin, and the Resurrection Plant!

Netflix has confirmed July 23rd as the release date of Kingdom: Ashin of the North, a special episode that will expand the horizons of the Kingdom series, a much loved Netflix Series created by Korean storytellers. 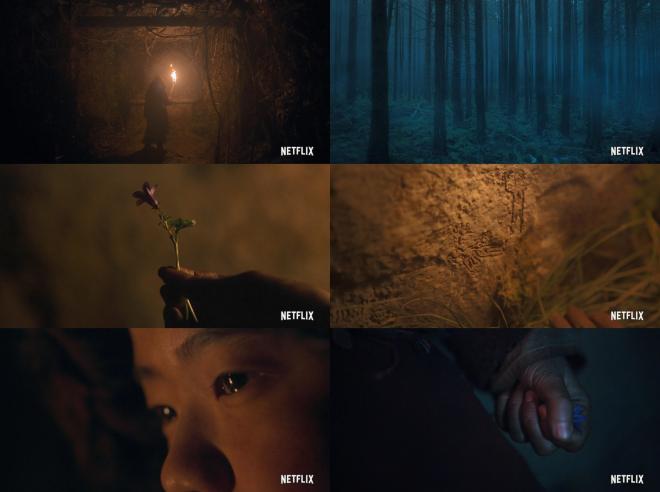 This special episode reveals the origins of the resurrection plant that triggered the avalanche of tragic events that swept through Joseon and a woman abandoned by all – Ashin.

Recently released footage begins with young Ashin holding a torch and entering an eerie cave in the dark. Inside, she discovers strange markings on a rock along with the mysterious resurrection plant.

The accompanying copy reads, “to revive the dead, a price must be paid.” Thus begins the intriguing backstory of the epidemic, unveiling how the resurrection plant that grows in the northern regions traveled down to wreak havoc on Joseon land.

Kingdom: Ashin of the North will be directed by Kim Seong-hun, who directed and oversaw the production of the first season of Kingdom.

Writer Kim Eun-hee, who scripted the two seasons, also returned to pen an epic story of Kingdom: Ashin of the North.

Gianna Jun who made a striking appearance as the adult Ashin at the end of Season 2, returns to appease the viewers clamoring for more of her intriguing character. Kim Sia, who has impressed with her skilled acting in The House of Us and Miss Baek, will portray Ashin as a child. 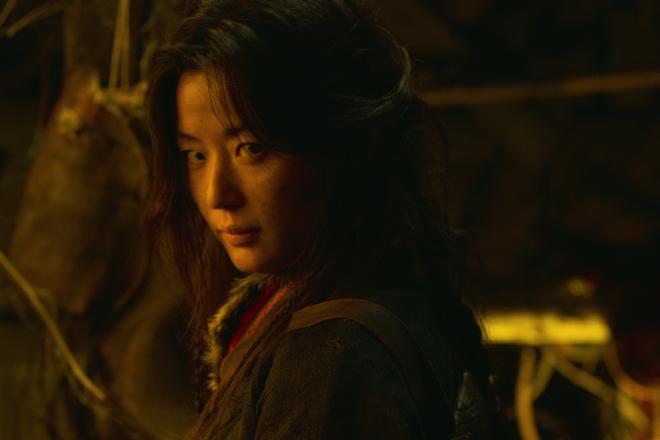 Park Byung-eun reprises his role as Min Chi-rok, the Head of the Royal Commandery Division who helped Crown Prince Lee Chang in fending off the infected from infiltrating the royal palace.

Kingdom: Ashin of the North tells the tale of the mysterious new figure Ashin and the origins of the epidemic that revived the dead king and led to the devastation of the Joseon kingdom.

An expanded backstory of how it all began, Kingdom: Ashin of the North will be released to worldwide audiences on July 23rd, only on Netflix.

FacebookTwitter
SubscribeGoogleWhatsappPinterestDiggRedditStumbleuponVkWeiboPocketTumblrMailMeneameOdnoklassniki
Related ItemsGianna JunKingdom: Ashin of the NorthNetflix
← Previous Story “Nevertheless” Teases A Flirtatious Contemporary Romance Between Song Kang and Han So Hee
Next Story → BTS Is The Epitome Of Charismatic Chaos In The “Cooler” Remix of “Butter”