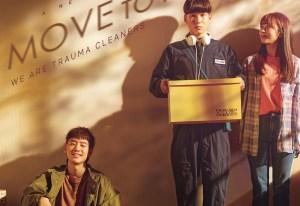 Netflix has released character posters of the main leads of Move To Heaven.

The Netflix original series is an inspiring story based on a nonfiction essay Things Left Behind written by Kim Sae-byul who is also one of the first trauma cleaners in Korea. Director Kim Sung-ho and writer Yoon Ji-ryun team up to present diverse stories left behind of those who passed away told from the honest and unbiased perspective of Geu-ru who has Asperger’s syndrome.

First Sang-gu who reluctantly joined Move To Heaven as a trauma cleaner said “the dead cannot speak”. His unwilling look preludes to how his life turns a new leaf without him realizing it. Director Kim praised Lee Je Hoon for drawing the dramatic and ever-changing character of Sang-gu.

In contrast, Geu-ru’s perspective said, “I’ll tell the stories of those who have returned.” Through his eyes, the stories the deceased couldn’t tell will be unveiled. His pure sincerity inspires interest and warmth to those who have to let go of their departed loved ones. 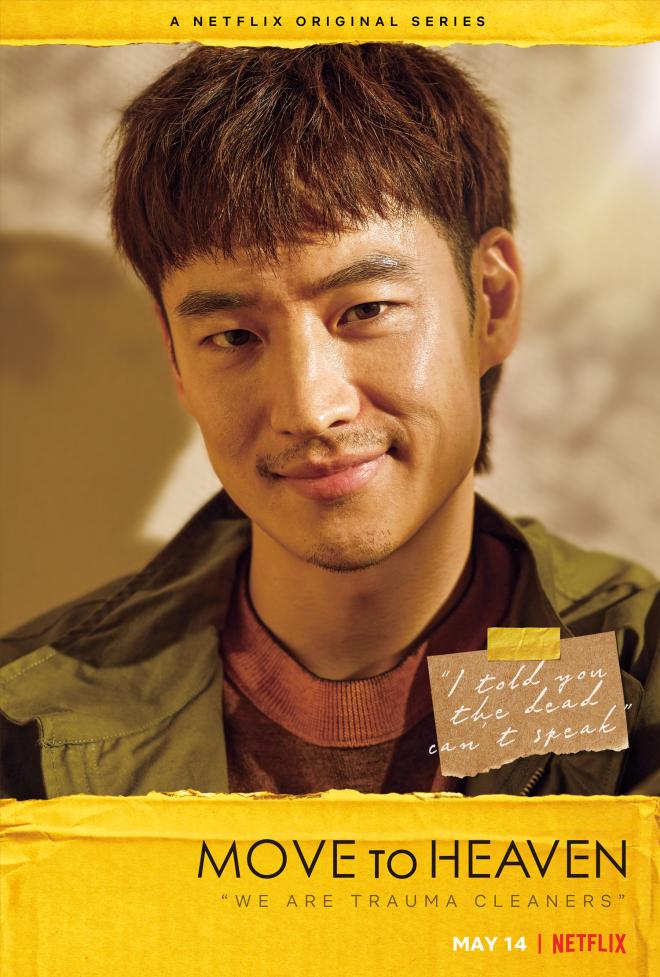 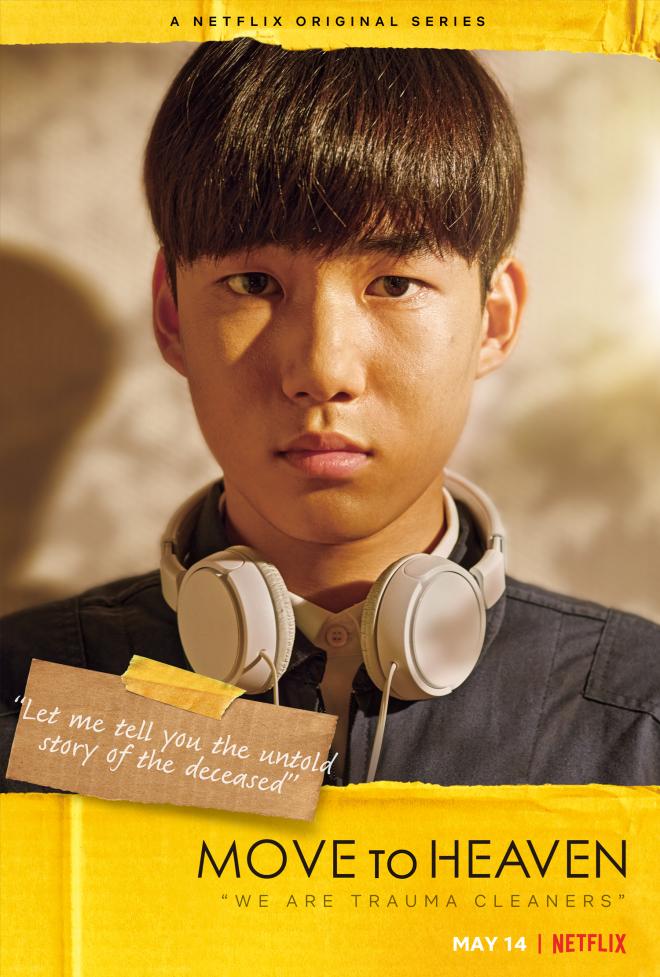 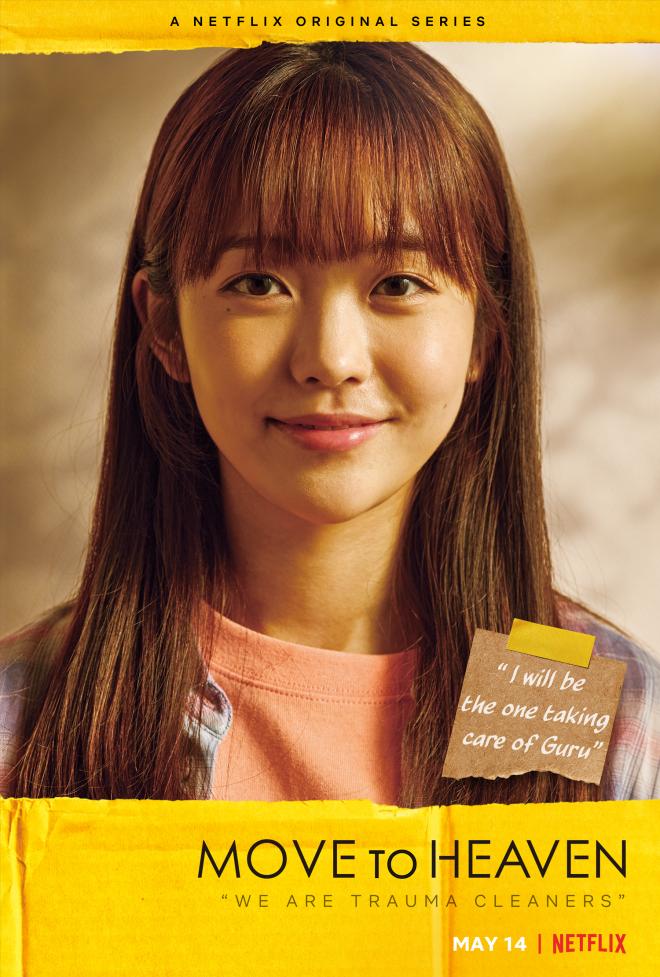 Lastly, Namu’s character, to be portrayed by Hong Seung Hee, is in charge of the humor notes. She instills bright energy in the story.

Move to Heaven, the inspiring story that will warm viewers’ hearts this spring, will be released on May 14th, only on Netflix.