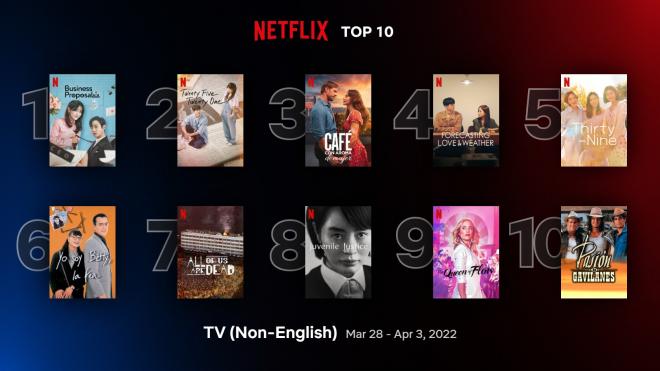 Following the success of K-Series last year including Squid Game and Hometown Cha-Cha-Cha, Netflix members across the globe have continued embracing shows from Korea in 2022.

Business Proposal, a romantic comedy based on the popular webtoon, is also the third most-watched of all series globally this week, behind only Bridgerton (Season 1 and 2) with over 32 million watch hours.

The show was also #1 in Hong Kong, Indonesia, Japan, Malaysia, Philippines, Singapore, Taiwan, Thailand, Vietnam, and #2 in India and Sri Lanka this week.

The enduring popularity of Korean drama goes beyond romantic comedies, with a diversity of genres including a zombie thriller, All Of Us Are Dead, and a youth crime drama Juvenile Justice both reaching #1 in the Non-English series Top 10 this year.

All Of Us Are Dead, which premiered in January this year, has already become the third most-watched Non-English series of all time on Netflix.