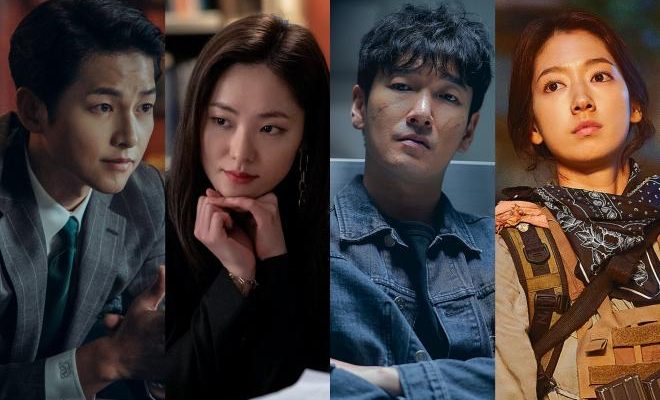 Two Korean dramas are set to ablaze your Netflix couch this month with enthralling stories!

Highly anticipated K-dramas are headed our way — Vincenzo and Sisyphus on Netflix! From a Korean-Italian mafia lawyer fighting evil using villainous tactics to a time traveling heroine rescuing a genius engineer, there are exciting and unique stories to enjoy.

Watch the main trailers and find out more about the upcoming shows here! Genius engineer Han Tae-sul (Cho Seung Woo) gets saved by heroine Gang Seo-hae (Park Shin Hye) and learns some dangerous truths. He finds out that he invents a time machine in the future, and some mysterious individuals are trying to kill him. Putting her life on the line, Seo-hae promises to save Tae-sul and the world. It’s a race against time as the pair try to prevent the fall of Korea.

Watch Sisyphus when it premieres on February 17 at 9:30PM Philippine Standard Time with new episodes every Wednesday and Thursday, only on Netflix! Vincenzo’s anti-hero Vincenzo Casano (Song Joong Ki) is a consigliere to an Italian mafia. After ending up in Korea, he encounters some odd neighbors and gets embroiled in a fight against a formidable opponent. With lawyer Hong Cha Young (Jeon Yeo Bin), they punish evil with evil and seek revenge. While there are epic battles to look forward to, there will be some comedic and cute moments to enjoy as well.

Watch Vincenzo when it premieres on February 20 at 10PM Philippine Standard Time with new episodes every Saturday and Sunday, only on Netflix!