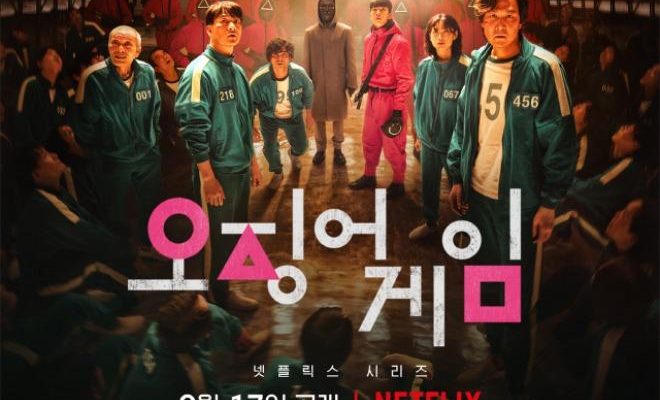 The series creator also dishes out that it took ten years of planning to bring the story to life.

Streaming platform Netflix has unveiled the main poster for the Lee Jung Jae and Park Hae Soo-starrer, Squid Game. The series follows the story of struggling individuals participating in a mysterious survival game. These players are risking their lives for a ₩45.6 billion prize. The actors portray childhood friends Ki Hoon and Sang Woo, respectively, who end up joining the dangerous game.

In the released poster, the players are all together. They are all wearing green training suits surrounded by armed men in red coveralls. Most of the participants are looking up on the prize money encased in a glass storage dangling above. However, Ki Hoon (Lee Jung Jae) is looking directly at the camera. The character’s intense gaze suggests that he has other motivation and that is to survive the game. Behind the group and at the center of it all is a man wearing a mask. The overall imagery invokes a sense of reality where people are in an intense competition for money, driven by capitalism. 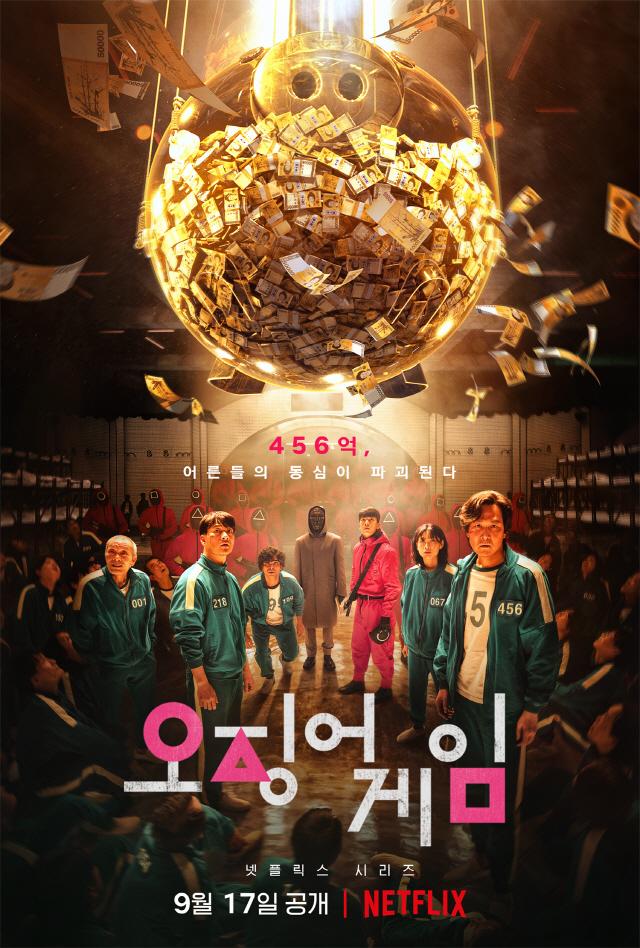 A Decade of Planning

Hwang Dong Hyuk, whose works include writing and directing for movies Miss Granny, Silenced and The Fortress, also wrote the script and directed the Squid Game. He revealed that it took ten years to fully realized his vision. He said that he came up with the idea “to make the most Korean survival film” in 2008, while reading a comic book about people who get involved in extreme games.

“I wanted to do something that shows the connection between the memories of playing childhood games and the fast-paced environment of adults seemingly engage in a limitless competition.” He continued, “There is an irony that our most cherished and fond memories of childhood could turn into the most terrifying reality.” In Squid Game, the participants will compete in games that most Koreans played in their childhood, but with a deadly spin.

He said the world he carefully crafted and envisioned for ten years “finally sees the light through Netflix.” He added he was able to obtain the creative freedom he needed to pursue such challenging work. Making it into a drama series (his first) instead of a film, allowed him to fully explore the world he built without limiting the length, form, or content.

The Gathering of the Industry’s Best

To fully realized Hwang Dong Hyuk’s original imagination, the best people in the field of arts, music and cinematography worked together to create a “unique world” in Squid Game. Art Director Chae Kyung Sun, who worked with Hwang Dong Hyuk in films The Fortress and Silenced, created a huge set for the players and showcased each game’s characteristics.

Music Director Jung Jae Il (Parasite, Okja) showcased the dynamic changes in the situations and characters’ emotions during each game through music, adding the much-needed sense of immersion. Cinematographer Lee Hyung Deok (Train to Busan, Peninsula, Steel Rain) has captured the tensed moments with high-speed shooting. The vivid and stylish images contrast with the harsh environment of the survival game and highlights the characters’ struggles.

Squid Game will have a worldwide release in Netflix on September 17, 2021.