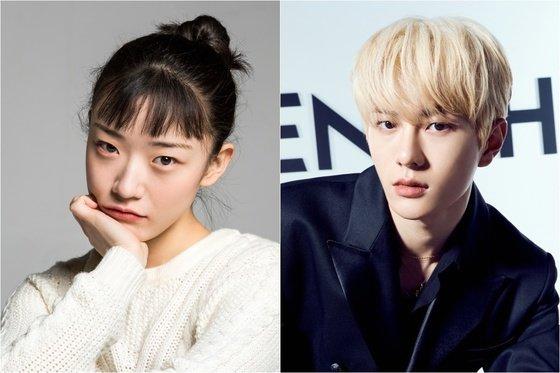 Shim Dalgi and Bomin are confirmed as leads in upcoming webtoon Shadow Beauty.

Shadow Beauty is a drama that portrays the unpredictable double life of Goo Ae Jin, played by Shim Dalgi. She is a student with an appearance complex, who is also secretly a celebrity figure called “Genie” with 770,000 followers on social media.

Goo Ae Jin leads a double life as a social network star by making excessive makeup and photo corrections due to her appearance, which she gets bullied over by her classmates.

Shim Dalgi expressed her feelings and motivation for the lead role. “It is very meaningful to be able to play a character from a popular webtoon, who is loved by many. I will do my best to reach the hearts of people, as it is a unique and pained character which everyone can relate to.”

Choi Bomin will play Kim Ho In, a seemingly ordinary model student who finds out Goo Ae Jin’s secret. He becomes interested in her and forms a strange alliance with her.

About his role, Bomin said, “It is a character that feels completely different from the ones I’ve shown so far. The script was fun and had a great sense of immersion, so I quickly became attracted to the character. We’re filming in a family-like atmosphere with all the staff, including the director, so we’ll do our best to make it a good work.”

Meanwhile, Shadow Beauty is set to schedule 13 episodes, with each lasting for about 20 minutes. It will be released on Kakao TV during the second half of the year.