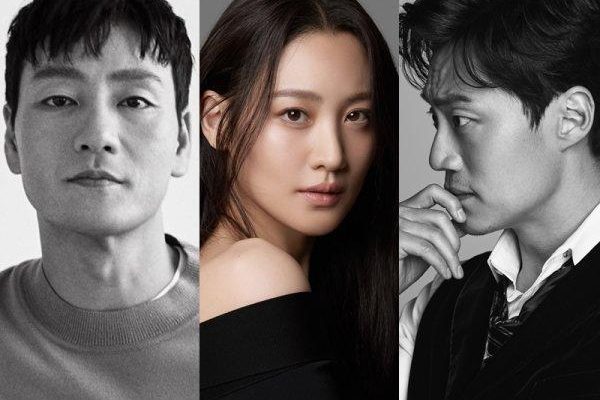 Chimera tells the story of homicide detective Jae-hwan, profiler Eugene, and surgeon Joong-yeop, each pursuing the truth of a serial explosion and murder case that started again after 35 years for different purposes.

Directed by Kim Do Hoon of Moon Embracing the Sun and Royal Family fame, the screenplay will be penned by Lee Jin Mae who is known for Ex-Girlfriends’ Club and Secret Agent Miss Oh.

Derived from a Greek mythology monster, the title of this new OCN series alludes to an unusual incident shrouded by mysteries.

Meanwhile, Claudia Kim breaks her small screen hiatus through Chimera as profiler Eugene. The actress has scored overseas success including Avengers: Age of Ultron and Fantastic Beasts: The Crimes of Grindelwald. Her last South Korean drama is Monster in 2016.

Lastly, lauded character actor Lee Hee Jun (Mouse, Mistress, The Man Standing Next), was adopted in England as a child and became a doctor. He will take on the role of Lee Joong-yeop who will work with Park Hae Soo and Claudia Kim.

This new work also marks OCN’s return after opting for drift programming. This year, the network gave away most of its scheduled work to tvN and TVING. But OCN maintains drama arrangements albeit a lesser number of formations for now.

“As OCN viewers return to the original genre they will prefer, we will show a work that maximizes immersion with sophisticated directing and fresh characters, so please look forward to it.”