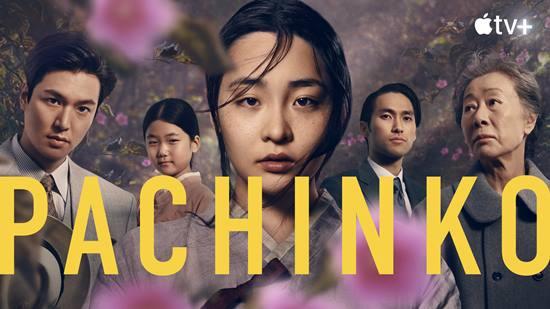 Ready for global streaming on March 25, Pachinko piques interest with an intriguing preview of the series.

Starring Youn Yuh Jung, Lee Min Ho, Jin Ha, Anna Sawai and Kim Min Ha, the series is based on the novel of the same name by Min Jin Lee.

It is a story that begins with forbidden love. Notably, it draws an unforgettable chronicle of war and peace, love and parting, as well as victory and judgment.

Pachinko will feature backstories of the characters in  Korea, Japan, and the United States.

Consisting of eight episodes, Pachinko will release three episodes through Apple TV+ on March 25th. Subsequently, it will release one episode every Friday until April 29.

The story of Pachinko deals with topics that the whole world can relate to, including family, love, victory, fate, and overcoming struggles.

It traverses the hopes and dreams of a Korean immigrant family who left their homeland with an indomitable will for survival and prosperity through four generations.

In the released trailer, the lead stars are introduced while presenting the three periods of time that the series will feature.

At the center of the story is Sun-ju’s character to be portrayed by Kim Min Ha and Youn Yuh Jung in young and old versions respectively.

Pachinko is all set to premiere on March 25 on Apple TV+!