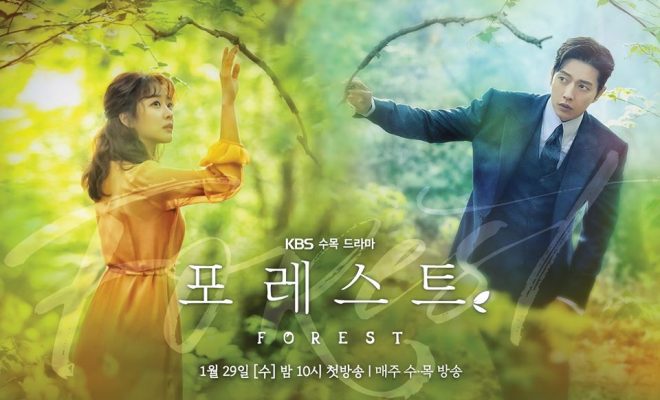 An unexpected romance is brimming between the main leads in the released photos of Forest.

KBS 2 TV’s upcoming drama Forest teases with images that indicates heart-throbbing romance underway. The main leads Park Hae Jin and Jo Bo Ah are seen together in a hospital room where they try to get close to each other.

Written by Lee Sun Young and directed by Oh Jong Rok, Forest tells the story about a man who has everything but a heart, and a woman who has nothing but only a heart. The two meet each other in a mysterious forest where they are forced to co-habit with each other and they work together to unveil the secrets of the forest.

Park Hae Jin plays Kang San Hyuk, a cold man who is solely focused on his goal of attaining assets worth 1 trillion won and does not care about anything else. Jo Bo Ah takes on the role of Jung Young Jae, a rising ace surgeon who has a strong sense of taking rightful actions. The two people have the opposite personalities, but they happen to be enforced by situations to live together in Miyeong Forest. As they spend time together, a healing romance takes place while they search for true happiness. 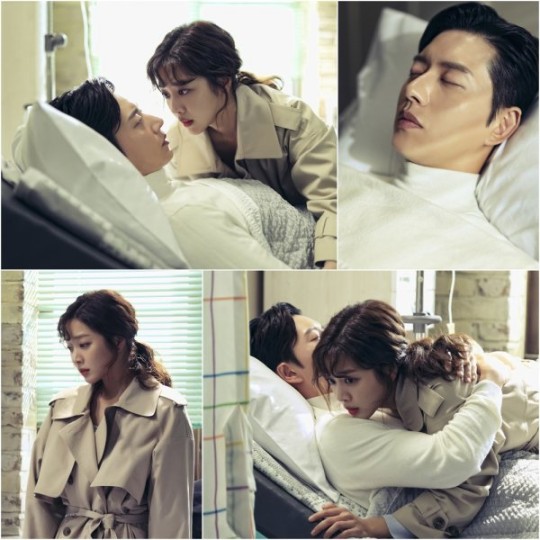 In these released photos, the couple are involved in a sweet moment on a hospital bedside. Kang San Hyuk is sleeping with a gentle expression, while Jung Young Jae is looking at him with a sad expression. At this time, Kang San Hyuk suddenly opens his eyes and embraces Jung Young Jae, surprising her and bringing their faces close to each other’s breath. It is still not known why Kang Sang Hyuk is at a hospital and acting differently around Jung Young Jae.

During the shooting, the two actors were completely immersed in their characters and the situation. The production team said, “Park Hae Jin and Jo Bo Ah showed passion for the project from the preparation stage to shooting. The drama brings forth a healing romance that will tingle all the senses. Please look forward to Forest which is soon hitting the television screens.”

Meanwhile, Forest is set to broadcast for the first time on January 29 at 10 PM KST via KBS 2 TV .

Hellokpop, as an independent Korean entertainment news website (without influence from any agency or corporation), we need your support! If you have enjoyed our work, consider to support us with a one-time or recurring donation from as low as US$5 to keep our site going! Donate securely below via Stripe, Paypal, Apple Pay or Google Wallet.
FacebookTwitter
SubscribeGoogleWhatsappPinterestDiggRedditStumbleuponVkWeiboPocketTumblrMailMeneameOdnoklassniki
Related ItemsForestJo Bo AhPark Hae Jin박해진조보아포레스트
← Previous Story BTS Becomes The First Korean Group To Perform At The Grammys
Next Story → ASTRO Readies For Another Shining Japan Fan Party