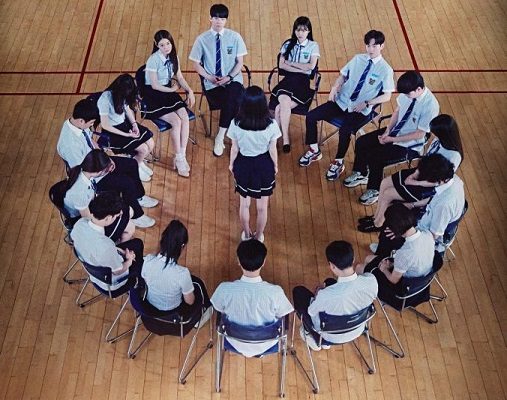 Yoon Kyun Sang has better straightened out the mysterious case of OCN’s Class of Lies.

Joining the trend of emotionally disheartening youth drama this season, Class of Lies parades a web of lies from student characters. It’s up for the hero lawyer to unlock their secret. 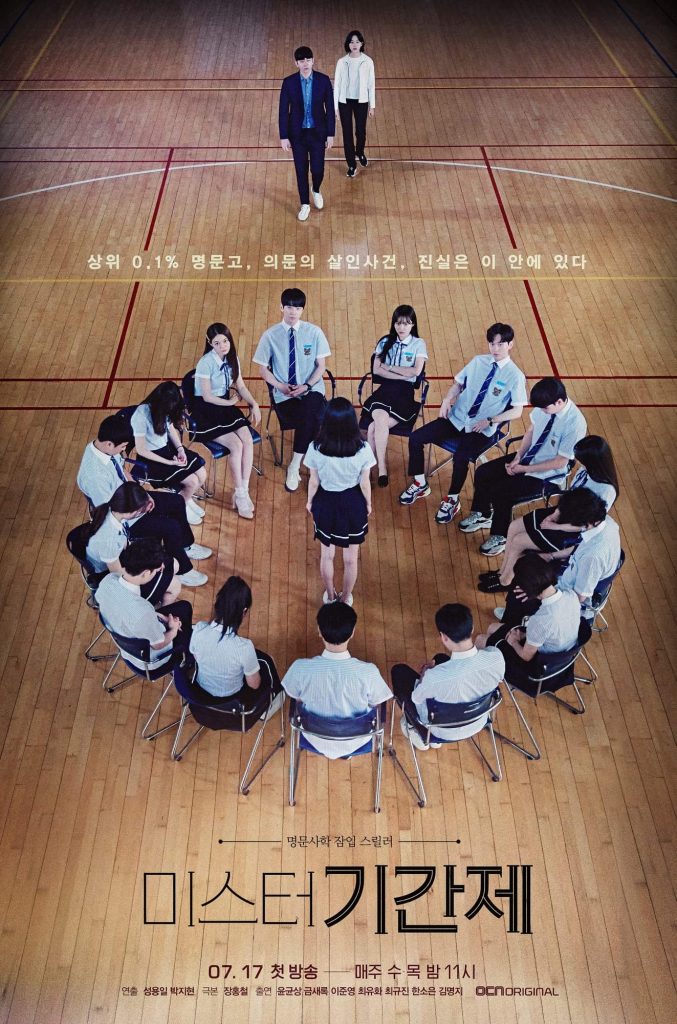 Headlining the newest OCN series are Yoon Kyun Sang (Clean With Passion for Now) and Geum Sae Rok (The Fiery Priest). Its creative team is backed up by Studio Dragon and JS Pictures.

Debonair lawyer Gi Mu Hyuk (Yoon Kyun Sang) is at the top his game. His career is flourishing thanks to his smarts and strategies. When he was tasked to take on a case involving students from an elite high school, he gets entangled to a web of shady situation. His client student Kim Han Su denies the attempted murder and claims Jeong Su Ah is his girlfriend.

As Mu Hyuk digs deeper, he deduces Su Ah might have been doing sex favors as seen from videos and pictures showing her with various men. Presenting it on court, Mu Hyuk inadvertently sets Han Su on rage. Thereby, pushing the latter to choke him in the process. Trying to protect Su Ah, he ragingly and mindlessly admits to the crime. 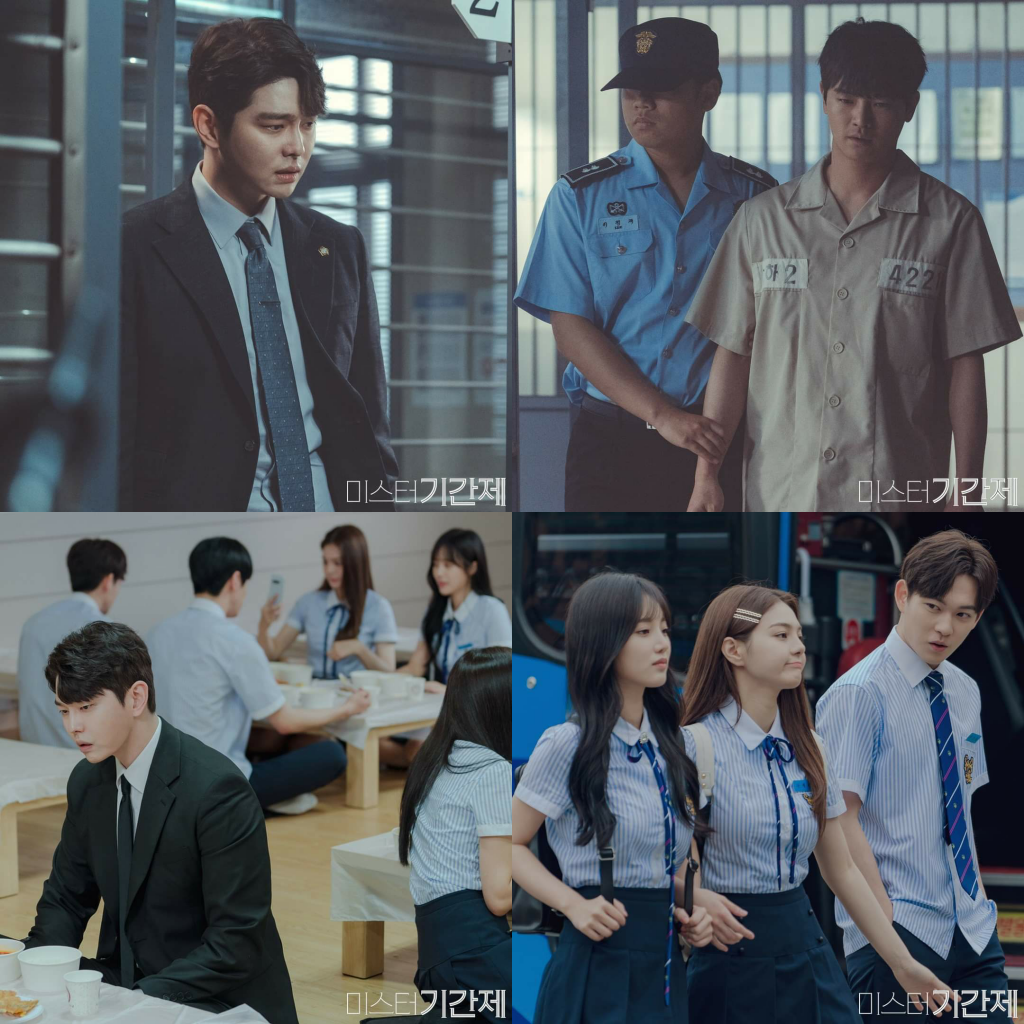 Promising to check Su Ah’s condition, Mu Hyuk leaves the detention center. But his client meets a visitor and flashes a note for him to read. A few hours later, Han Su screams in stomach pain. Hence, he is rushed to the hospital. But as soon as the police gets busy with paperworks, he goes to the rooftop and jumps to the ground. Surviving the fall, Han Su is in coma. His supposed girlfriend, who also shares the same fate, unfortunately dies, rendering him a more heavy offense.

At Su Ah’s wake, just as Mu Hyuk is about to leave, he overhears four students talking as if one truly killed Su Ah. Little did Mu Hyuk know that he was set up by the CEO of the law firm he works for to take the fall of the case. Expelled from his career, with his top-notch lawyer privilege gone, he sets forth with a vengeance plan.

Taking a new identity as Gi Kang Jae, he goes for a temporary teaching post at Cheonmyeong High, where Han Su and dead Su Ah used to study. Showing a sunny demeanor on his first day, he stares meaningfully at his former CEO’s son. 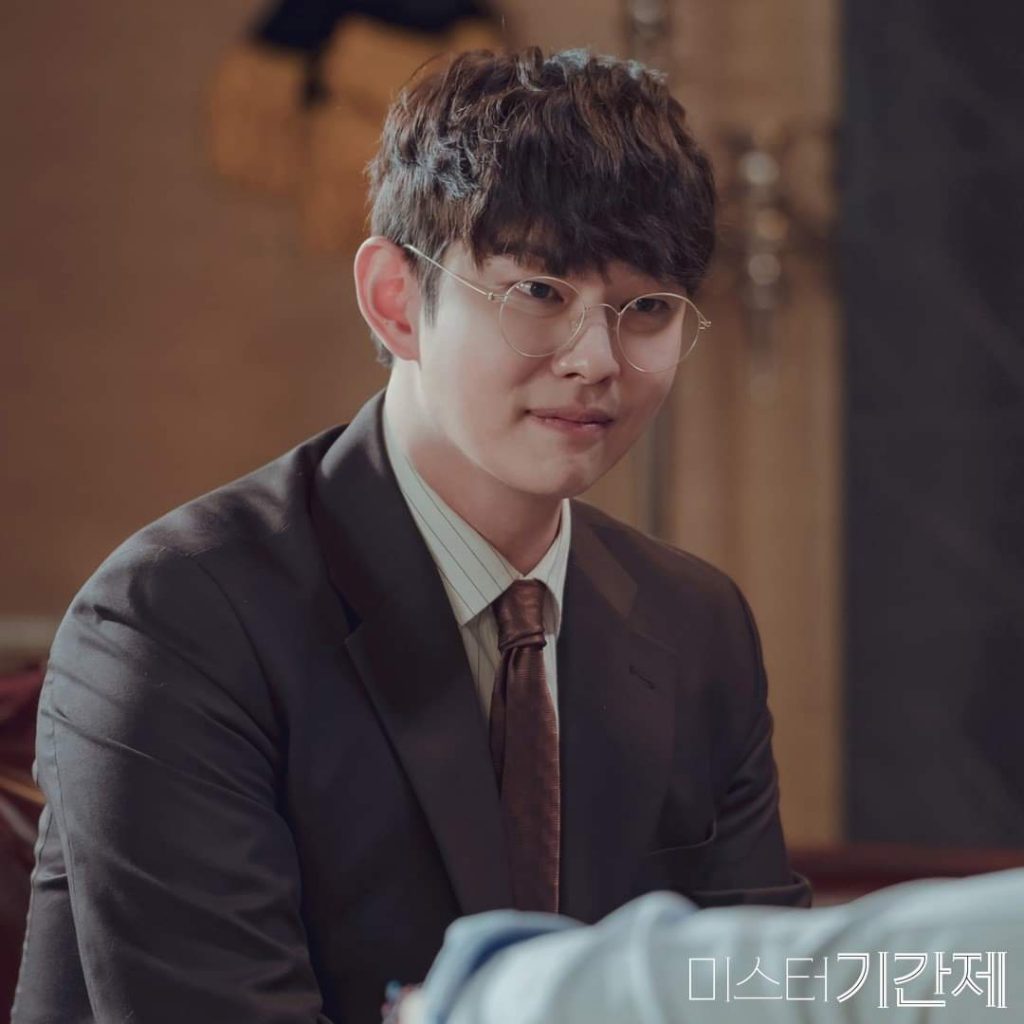 From an after-work drink with the teachers, he goes back to the school to check on the room of photography club in the hope of finding clues about the case. There he finds pictures of high school girls. He also stumbles on Su Ah’s pictures, but gets interrupted when he hears the sound of spilled trash bin.

Chasing after the intruder, Mu Hyuk sees a rooftop party from afar. As he gets closer, he sees a crazy fist fight erupt, with students betting on the winner live. Recognizing his smart student in German class to be one of the fighters, Mu Hyuk heads to halt the altercation, but Yoo Beom Jin (Jun) stops him. He tells him how his meddling would really kill the student. 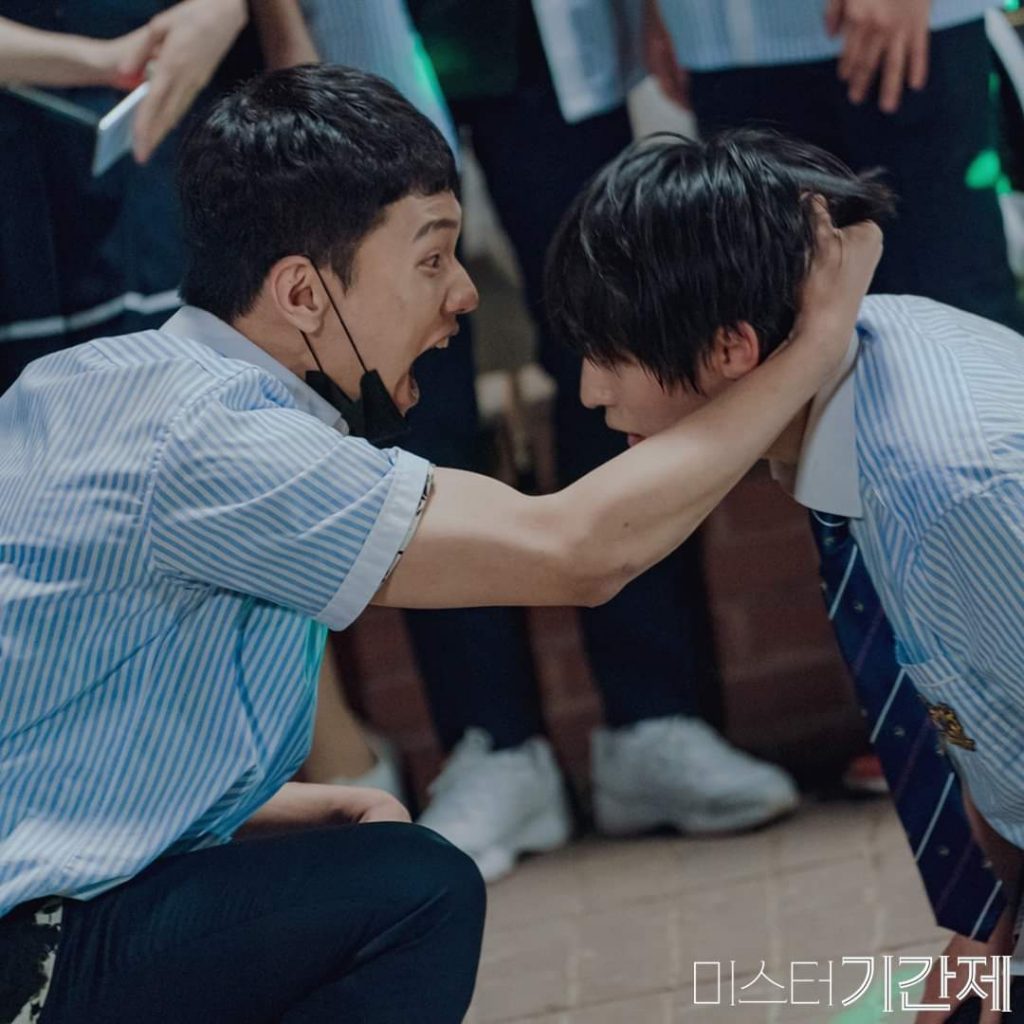 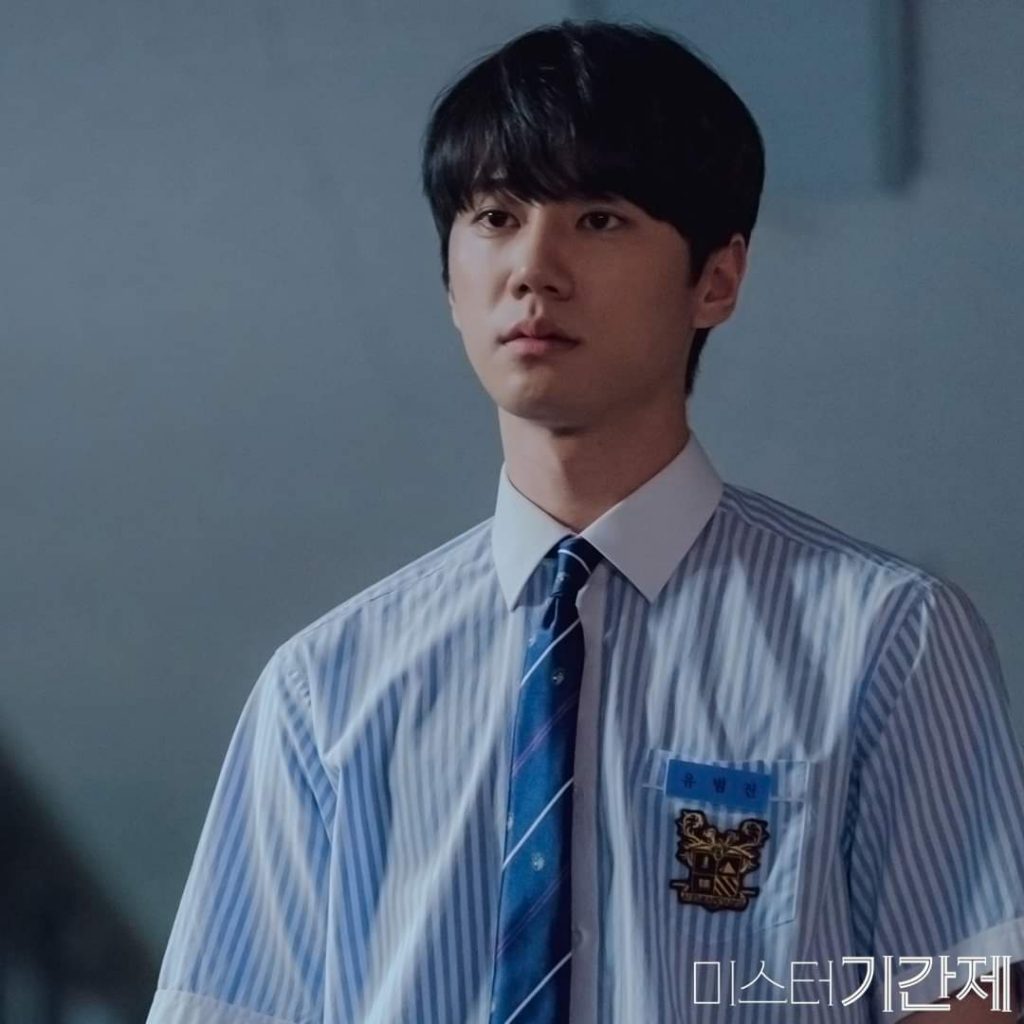 Where have all the bright and feel-good school-youth series gone? This season has had shown disparaging stories about youth. The new OCN thriller makes an entry to the bandwagon in this new Yoon Kyun Sang starrer.

Despite its dejecting mood, the impactful message of Class of Lies goals to raise awareness on the growing issues that youths of today face. Whether they are too proud and sorry for committing to uncalled for acts, I hope I would see being touched in this series.

From finding clues to a case he lost, Gi Mu Hyuk hopes to unearth the bigger atrocity hiding behind the sad and wayward acts of the student cast in the narrative.

Conditioned to thread on serious note even with its young cast, Class of Lies heads to present reality biting pictures of abuse of power. Not just with adults, but with the younger generation.

Class of Lies airs on OCN every Wednesday and Thursday. 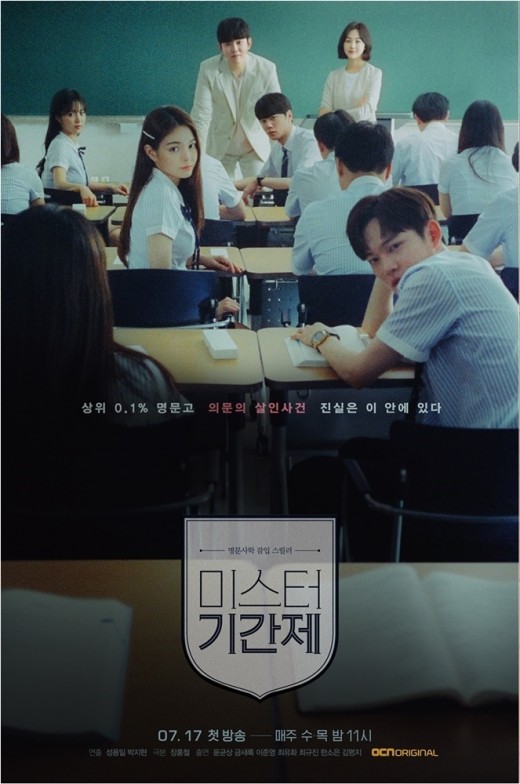