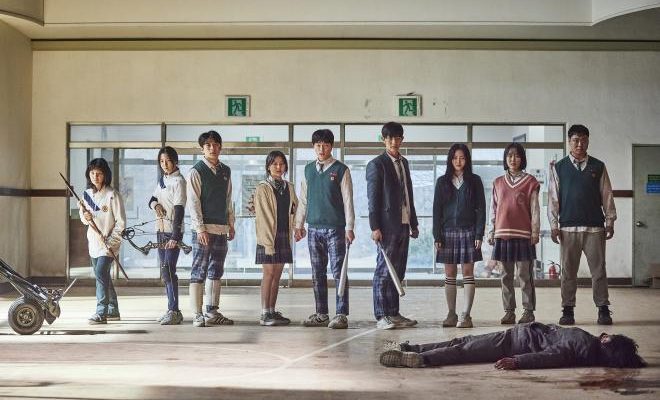 Vividly outlining the mayhem that strikes a school after a mysterious zombie virus begins, the unveiled All of Us Are Dead teasers portends a school and city swarmed with zombies and swept by chaos.

Netflix series All of Us Are Dead narrates students trapped in a school amid a zombie virus outbreak who later join hands to fight for survival. The newly released teaser trailer and stills encapsulate the spine-chilling suspense that ensues.

In the teasers, the zombie horde grows quickly and spreads across classrooms, the cafeteria, and the schoolyard, reaching every corner of the school. Finding themselves completely trapped, Cheong-san and his friends desperately seek rescue but not a single person believes that the zombie outbreak is real.

There is no sign of rescue, and to make matters worse, all connection is lost. The students finally realize that “we’re the only people that can save ourselves”, and decide to fight against the zombies in ways that they can. The goal is to find their way out of the school while making sure every single person stays alive.

Having lost their friends, teachers, and safe haven overnight, would these kids be able to counter the zombies that were once their friends and escape the school safely?

The released stills also showcase the city overrun with zombies and students stuck in the school struggling to escape. The students are cornered into a tragic situation where their friends who had been eating next to them until a moment ago turn into zombies and try to kill them.

Shut inside the school with no food, no cellphone, and no adults, the students fall into despair but soon put themselves together and help each other out so that everyone can escape alive.

The eclectic group of teenagers including On-jo, who shares the survival skills she learned from her firefighter father, Cheong-san, the quick thinker who makes clever decisions with his composed personality, Nam-ra, the cold-headed class president and the smartest kid in school, Su-hyeok, the reliable supporter who puts himself on the line in dangerous situations, and the amazingly talented archery team that never misses an arrow, join hands to dodge life-threatening moments.

Don’t miss the intense action scenes where students battle against the zombies by taking advantage of the school’s geography that they know in and out, bringing a different level of excitement.

Also, you’re bound to burst out in laughter as you watch how the feisty teenagers react in terrifying life-or-death situations. All of Us Are Dead, the teenage zombie survival challenge of innocent, passionate, and clever students, is now ready to write a new chapter in the history of the zombie genre.

All of Us Are Dead, already gathering excitement through the release of the suspenseful teaser trailer and film stills, will premiere on January 28, only on Netflix. 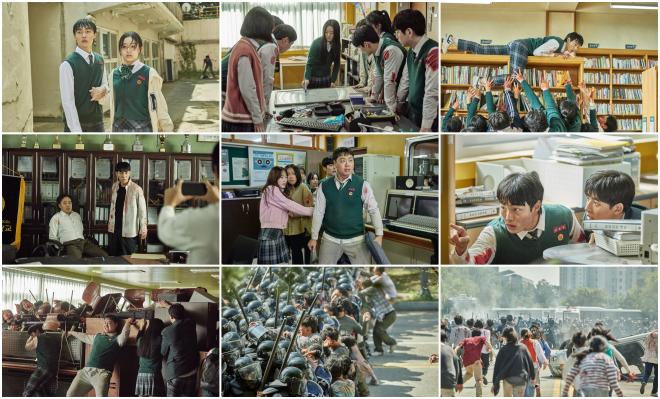