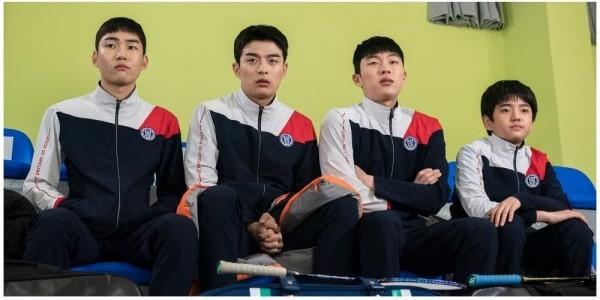 Rooting for this forthcoming series is a must. Because we really need quality and inspiring stories like Racket Boys.

The series officially premieres on May 31 via SBS at 10 PM KST. It chronicles the story of young people dreaming of becoming badminton stars in a rural town.

In the photos released, the four members of a badminton club are described. 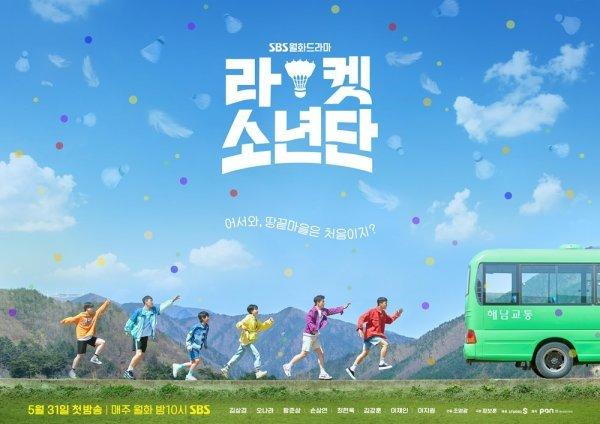 Tang Jun Sang takes the role of competitive Yoon Hae-gang. He was a member of the baseball team in Seoul, but he was transferred to Ttangkkeut Village. Although the changed environment was unfamiliar and awkward, he was able to sit together wearing the same gym uniform as the members of the badminton club at Haenam Middle School.

Portraying Bang Yun-dam, the captain of Haenam Middle School badminton club is Son Sang Yeon. He has strong leadership, overflowing energy, and excellent skills. In the dram, Yun-dam is drawn to social media and dreams of having 100,000 Instagram followers, so he habitually takes out his mobile phone and records anything, causing laughter.

Son Sang Yeon and Tang Jun Sang both promise to work hard to bring a fun and heartening story to Racket Boys. 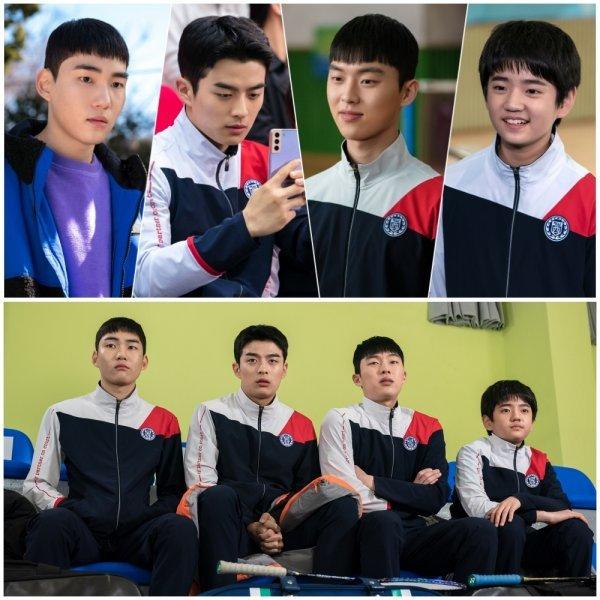 Choi Hyun Wook suits up as a hip-hop boy and fashionista who is one of the best in the club. Portraying the role of Na Woo-chan, he has excellent empathy skills. He plays an active part as an indispensable “conflict solver” in the badminton club.

Choi said, “I am thrilled and excited at the same time because I can be with you through amazing work. It is a drama that anyone from children to grandparents can enjoy, so I hope you will watch it a lot.”

Lastly, Kim Kang Hoon plays the role of Lee Yong-tae, who is a mood maker in the team and does not know about badminton.

Kim said, “I appeared in a sports drama called Racket Boys, so I am filming with half anticipation and half fear. I am practicing badminton while acting diligently, so I hope you look at this new work beautifully.”

The production company said, “The four actors are drawing admiration with their unprecedented character immersion and passion. We ask for your interest in the story of Racket Boys, which contains a fresh and dazzling charm.”

Racket Boys is backed up by PAN Entertainment which produced numerous hits including Winter Sonata, Moon Embracing the Sun, Fight For My Way, and Record of Youth.