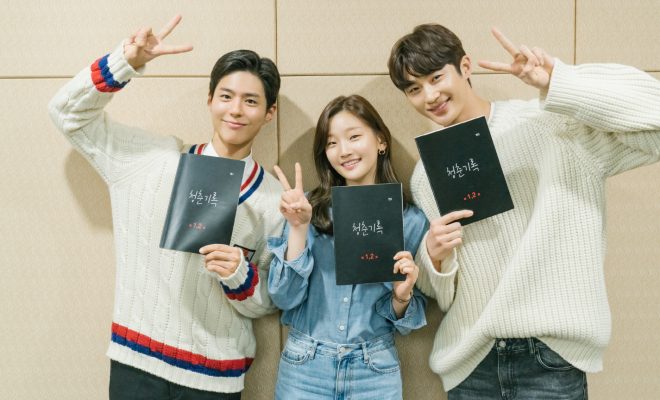 The new tvN series threads on the stories of youth who strive to achieve their dreams and claim love sparing no effort against the restrictions of realities. It particularly touches on the debilitating truth of how even dreaming has been a luxury for young people, thus igniting them to fight their own ways to fulfill it.

Set for September airing, Record of Youth not only boasts a formidable young cast, its creative team is also a dream tandem. Lauded for his top-notch and creative series, Director Ahn has scored a highly-successful streak. His works include Stranger, Memories of the Alhambra and Watcher. Screenwriter Ha Myung Hee of High Society, Doctors and Temperature of Love fame, is tasked to pen the script.

Prior to the full-scale start, Director Ahn said, “It is a work that aims to give good influence. “I hope you can make lingering messages through the Record of Youth.”

The pumped up main leads 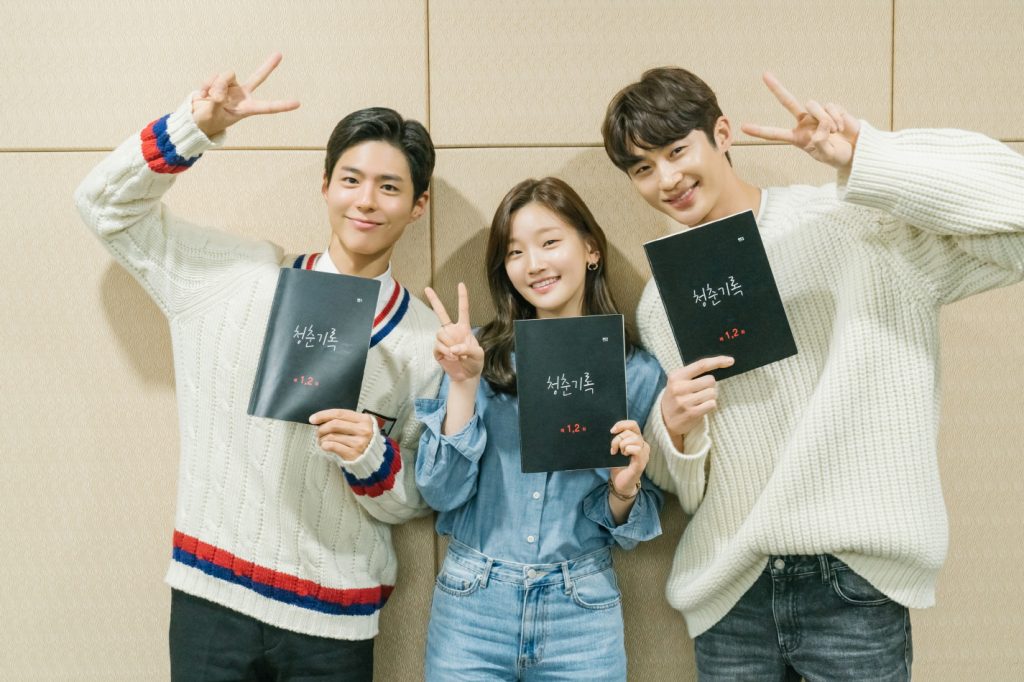 Park Bo Gum settles to his role of passionate realist youth Sa Hye Jun. He is an endeavoring model/actor juggling idealism with the reality of everyday life. He has an optimistic and amiable personality that is well balanced out by an objective and flexible sense of judgment.

In the script reading session, he led the atmosphere by skillfully controlling his emotions while maintaining a genuine and detailed acting. Adding his unique optimistic nature, Park relayed enthusiasm to gift a performance that will capture beautifully recorded youth story that will be remembered.

Park So Dam shows quenchless energy in breathing life to the role of An Jeong Ha, an aspiring makeup artist and a smart young woman with a strong self-esteem. She is also a fan of Sa Hye Jun hence drawing attention to the special on-screen relationship that will be forged between them.

Rising actor Byun Woo Seok plays the role of Won Hae Hyo, a youth who wants to be recognized for his efforts. He is friendly and gentle, but competitive. Because he gives his utmost effort to the things he cares deeply about, he cannot stand being brushed off just because he was born into privilege. He is Sa Hye Jun’s best friend and they both share same dream. Viewers can look forward to the bromance the two actors will show.

Acting masters who are responsible for the reality and laughter of Record of Youth are another point to watch. Ha Hee Ra and Shin Ae Ra are set to play as mothers to Sae Hye Jun and Won Hae Hyo respectively. They have released their charms with skillful acting. Having sons who have the same dream, the two mothers though have different values, thus drawing laughter and empathy.

The production team expressed confidence about the series owing to the synergy of the cast members. They further invite to look forward to heartwarming stories of youth striving to achieve their dreams and love that everyone can relate to.

Record of Youth, produced by Studio Dragon and Pan Entertainment (Winter Sonata, The Moon Embracing the Sun, Fight for My Way and When the Camellia Blooms), will premiere exclusively on Netflix outside Korea in September 2020. While in Korea, tvN has the show’s first-window broadcast rights.