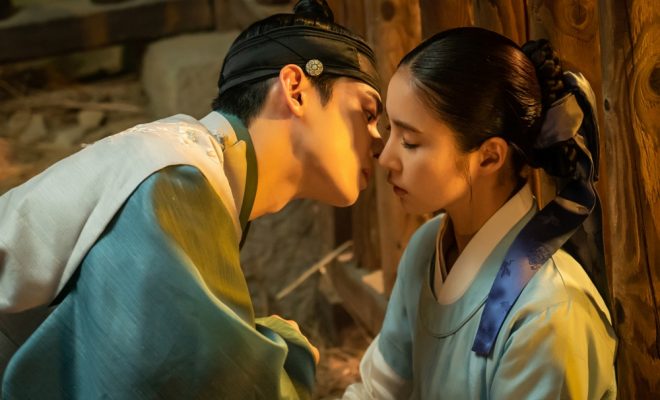 As romance erupts sweetly between rookie historian Goo Hae Ryung and Prince Yi Rim, the historians persevere to protect their roles in Joseon.

Down to the sixth week of Rookie Historian Goo Hae Ryung, the historians make their move to challenge the power held by the King of Joseon.

Resolved to comply on their duty as historians, Officer Min orders attendance to the King’s bedroom chamber. That is upon learning that his father SSC Min requested to meet the King.

Arguing how female historians have never been there, Officer Min firmly stands on his decision citing they do not need permission to do their jobs.

At the King’s chamber, he goes straight to the point and asks about the progress of his probing about the remnants of Seoraewon. Responding the people they were tracing have magically disappeared, SSC Min brings news of finding the identity of the group’s mastermind.

SSC Min affirms their initial suspicion of the Queen Dowager’s involvement to the group which appears to be the King’s sworn enemies.

Braving the task given by Officer Min, Hae Ryung goes to the King’s bedroom chamber. However, the eunuch sends her away. Finding an alternate access, Hae Ryung is forced to bend an ear to gather information about the King’s meeting.

Barely getting a quarter of the King’s conversation with SSC Min, Hae Ryung listens as SSC Min asks if there’s anything he should know about Prince Dowon. Just then, the palace guards catches on Hae Ryung’s eavesdropping. 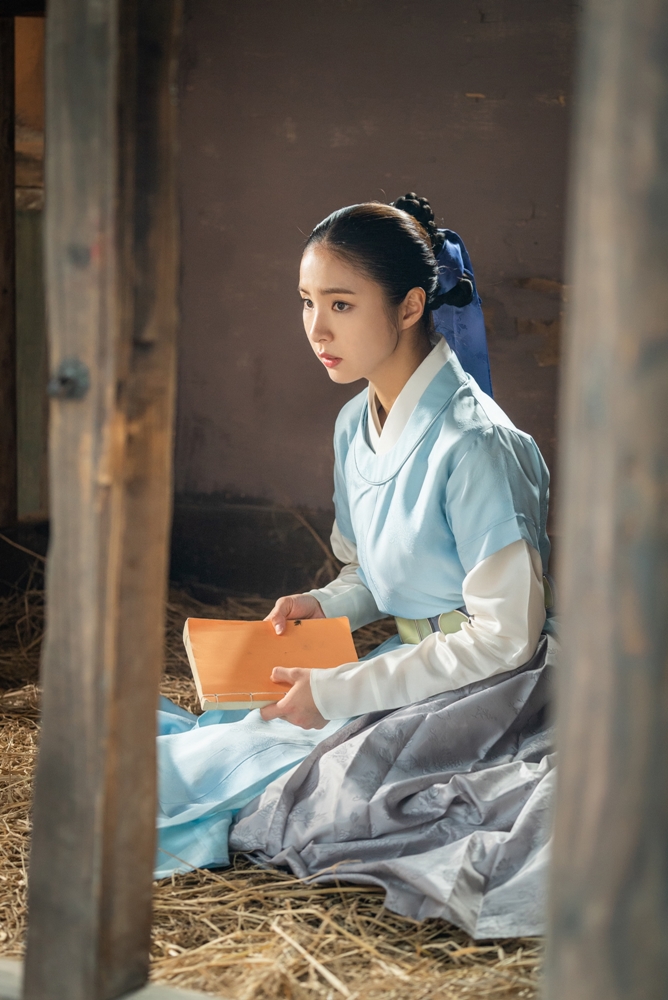 On her knees, the King faces Hae Ryung and asks about what she wrote. Holding the record book tight, she refuses to relent reasoning that she cannot reveal the content of the record book.

Dragged to the jail, the historians learn of Hae Ryung’s unfortunate fate, just as Prince Yi Rim receives the news as well. With emotions swirling and overwhelming the prince, he panics and motions to seek his father to free his most precious girl.

Sambo rushes to calm him down reminding of his father’s infamous unforgiving nature. Helpless, Prince Yi Rim pouts, but his creative mind managed to think of the worst scenarios like his Hae Ryung being forced to die with a poison or being grossly beheaded.

With his cutely foolish imagination, Prince Yi Rim can’t stand any longer and rushes to do whatever he can. Sambo holds on his ankles and orders the court ladies to lock the room for the prince not to escape.

Meanwhile, Jae Gyung seeks SSC Min to request for his sister’s pardon. But, the heartless minister nonchalantly replies how her grave offense is something that his power can’t worked on.

The fight of the historians

The lead historian castigates Officer Min for not listening when he asked to let the issue slide. Having opposing views, the historians hold a caucus on Hae Ryung’s situation.

Ultimately not getting to a rational conclusion, the lead historian makes a decision to protest by not attending the scheduled meeting of the government officials.

Giving an excuse that they ran out of paper, the historians explain that rookie historian Goo Hae Ryung handles the paper arrangement, but because of her situation, they are at a bind.

United to raise the flag of the historians, they also ignore various offices’ request and casually idle at work pretending to be sick. 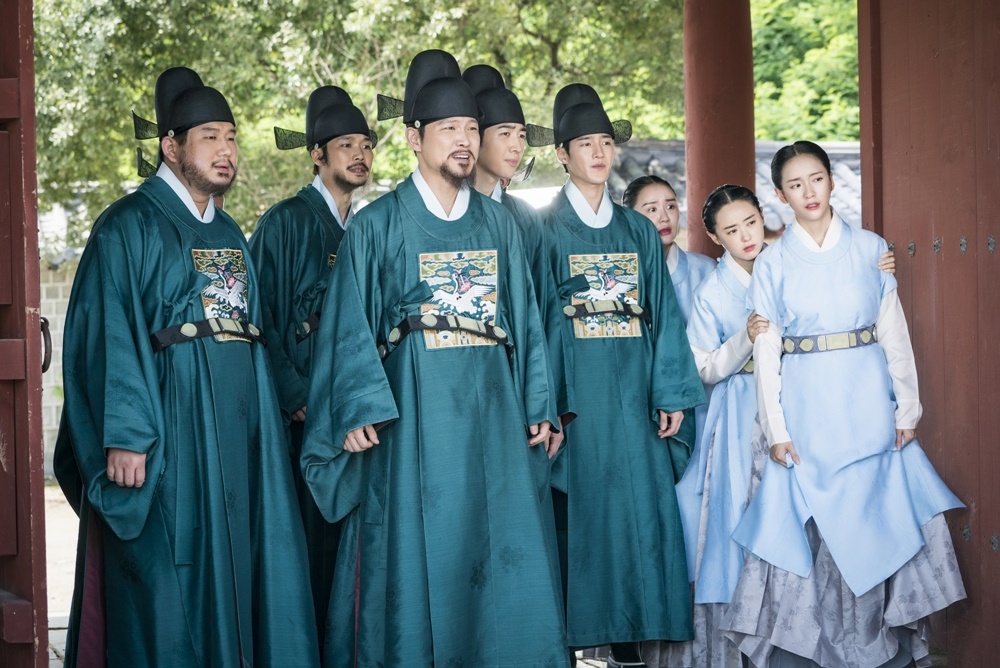 The King faces the historians

The King eventually figures out the historians’ ploy, but choose to be headstrong of his decision to detain Hae Ryung. He sent his secretary to get the administration books which no King in the history has ever laid their eyes on.

Armed with minions, the royal secretary heads to the historians’ lair. Outnumbered, the historian launches their trump card and brawl their way to defeat the invaders.

The unruly sight culminates to bruises and humiliation.

At night, Prince Yi Rim sneaks in to Hae Ryung’s prison with comfy bedding and money to bribe the jail officer. Wondering why she is smiling, Hae Ryung remarks how he is the only prince in the world looking after an imprisoned woman.

Prince Yi Rim suavely responds how she is the only woman who makes a prince do those kind of things. *swoon

Assuring her to not worry, Hae Ryung responds how she is mentally preparing to be strong. Mumbling about the worst punishment she might receive like being exiled or losing her job.

Prince Yi Rim promises to follow her or live beside her as neighbor if ever those things will happen. Willing to run away with her to an uninhabited place, Hae Ryung breaks the sweet moment by refusing his offer.

Arguing how the prince only know how to write, he will be a burden for her if they will live together. The prince snaps that he can learn those things, Hae Ryung adorably taunts him by by disregarding it. 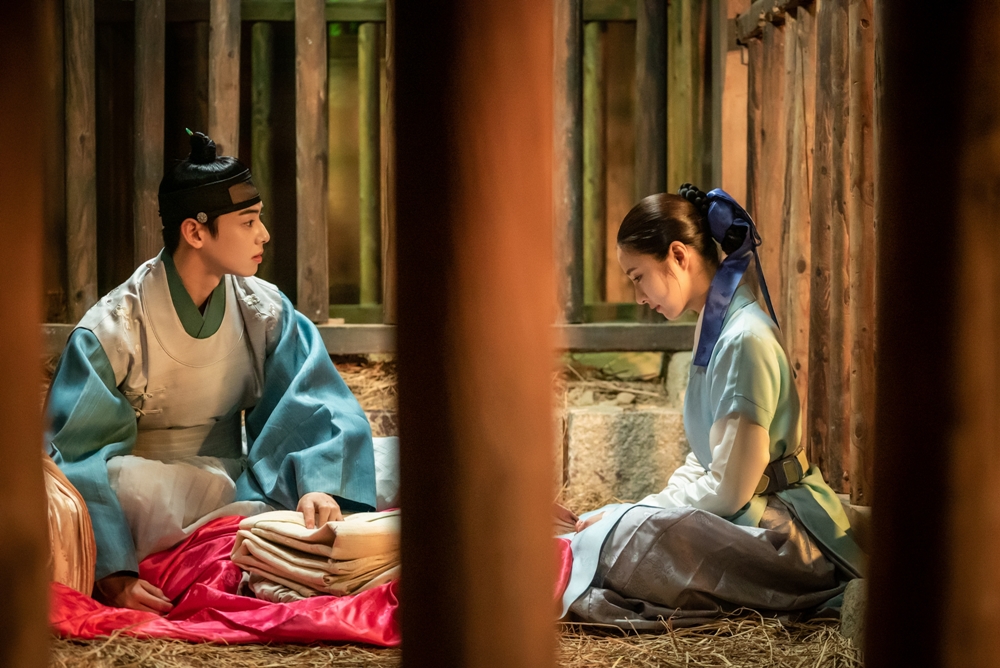 Annoyed, Prince Yi Rim uses his handsome face as a proof of how he is a treasure and not a burden. Unaware that he moved closer to her, they soon realize the situation, just as sparks fly in that charged moment.

But Hae Ryung knows just how to make the prince smile again. She calls him and gives a surprise kiss on his cheek. Stunned and unable to process his first kiss, Prince Yi Rim floats in the sweet feeling of love. Everything around him seems to be beautiful as he smiles like a fool while his eunuch bicker with the jail guard.

Back at the prison, Hae Ryung opens the sumptuous food boxes prepared by Prince Yi Rim and smiles at his sweet gesture.

Marking their territory, the historians conduct a vigil inside their office to protect the records. To enter, they even give the female historians a secret password.

Bringing in some food for the male historians, they report that the enemies are still on a stake out to enter the premise. Lead historian remain firm on denouncing the King’s request. However, the younger historians disagree to his stubbornness saying they should just give in to the request.

After a lengthy speech from lead historian of the their predecessors’ sacrifices, the male historians cutely go on a weep fest overflowing with passion as revered historians. They cap it off with a group hug making Officer Min and Sahee agree that it’s gonna be a long night. 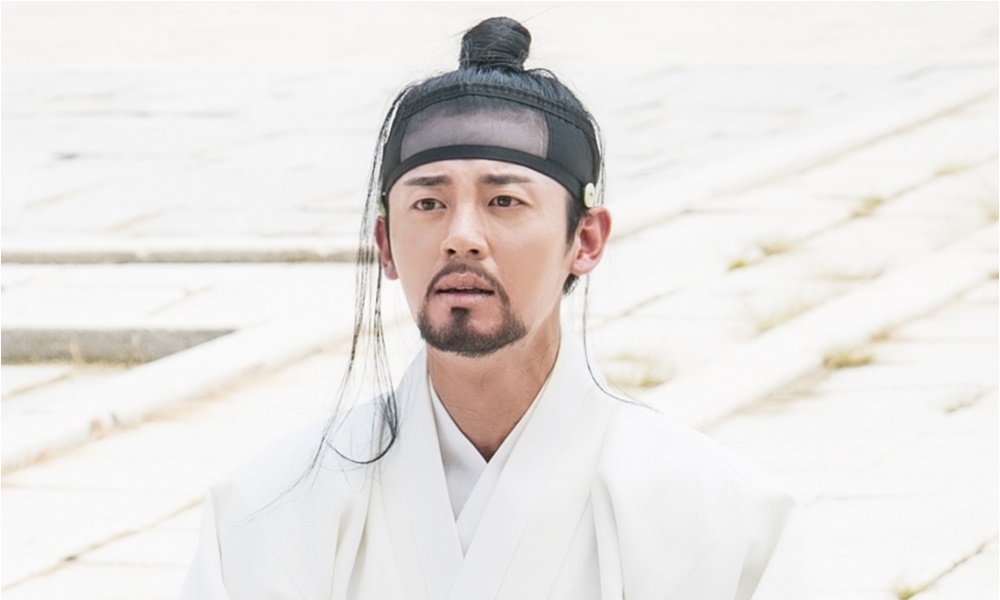 The rise of the historians

Still refusing to do their jobs, the King is overwhelmed with a shower of complaints pointing on his attack to the historians. Heightening their petition, Officer Min walks to the King’s chamber and petitions to withdraw his order to obtain the records.

With his death as a leverage, he even brought an ax to voice out his request. But, the King is resolute to his position. Griping on how privileged the historians have been for centuries, Officer Min throws back the argument by asking the King on why does he think the Kings before have protected them.

The King grumbles how he only wants to check if they are doing their jobs properly. Officer Min bravely denounces how the King does not have the right to do it.

Furious at the historian’s audacity, the King moves to behead Officer Min. Just then, the scholars from Sungkyunkwan arrive to support Officer Min with a wailing protest.

Shaking some sense to the unyielding King, SSC Min advises how the situation might escalate to people being curious about what he is hiding to the point of imprisoning Hae Ryung.

Having left with no choice, the King relents to the request. He withdraws his royal order to check the administration record and set Hae Ryung free. 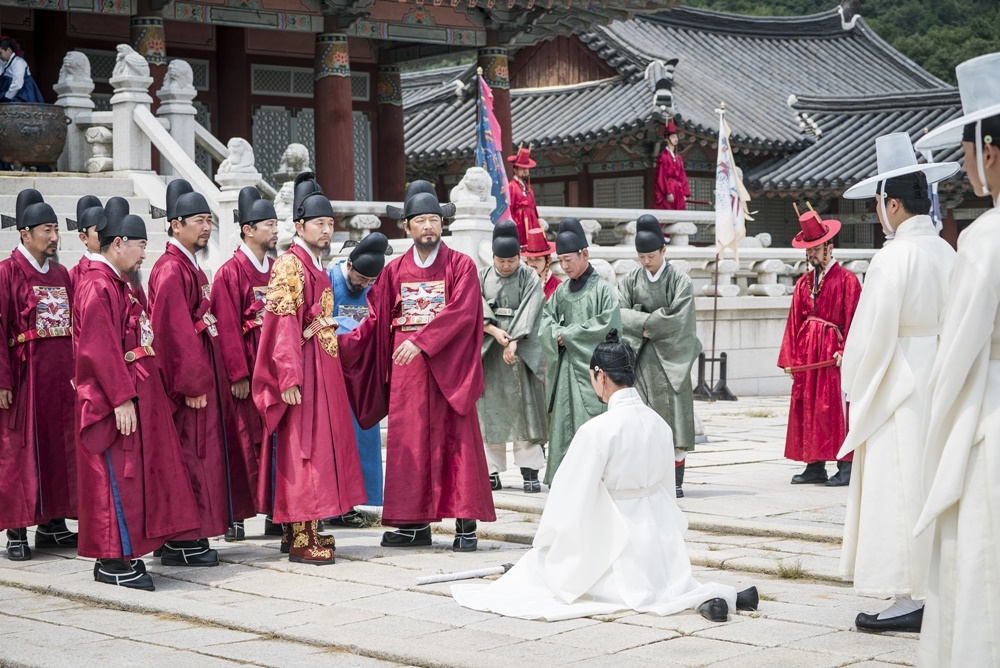 Met by fellow female historians, Hae Ryung learns of the King’s agreement to let historians freely move to do their jobs. Hae Ryung goes home and is welcomed by her brother and crying nanny.

Back at Neokseodang, Prince Yi Rim is still high because of love. Even with minor mishaps, the smile on his face just won’t fade away. Dismissing his crew, he mutters how he needs to sleep early to have a glowing face when he meets Hae Ryung the next day.

At Hae Ryung’s room, she also reminisces the prison date and almost kiss she shared with Prince Yi Rim. To release some steam, she goes out and sees her brother on a pensive mood. Jaegyung tells her to leave the palace by bargaining her to do what she want and not even forcing her to marry.

Denying her brother’s request, she tells him how it is her dream to wake up everyday just like how he lived his life so far, having a job and a life that is not based on the books she read.

Late at night, Sambo rushes to wake up Prince Yi Rim. At Hae Ryung’s house, a surprise order from the King also arrives.

Seeing the historians united to protect their jobs is a happy occasion looking back on how they start on a wrong foot. Of course, Prince Yi Rim’s sweet high is also a sight to behold. We can run on the last five episodes smiling at his love struck face and it’s gonna be okay. *wink Rookie Historian Goo Hae Ryung has made its tone light since day 1, an obvious deviation from usual historical drama prototypes. At times, it makes me remember the feel of Sungkyunkwan Scandal, although the latter has been mostly plagued with political problems.

So far, all the messages we have gathered is how the characters have worked on making those small differences to challenge the existing irrational laws of Joseon. Also, we have yet to see what’s the biggest conflict to unfold that will bring out the best and worst of the characters. 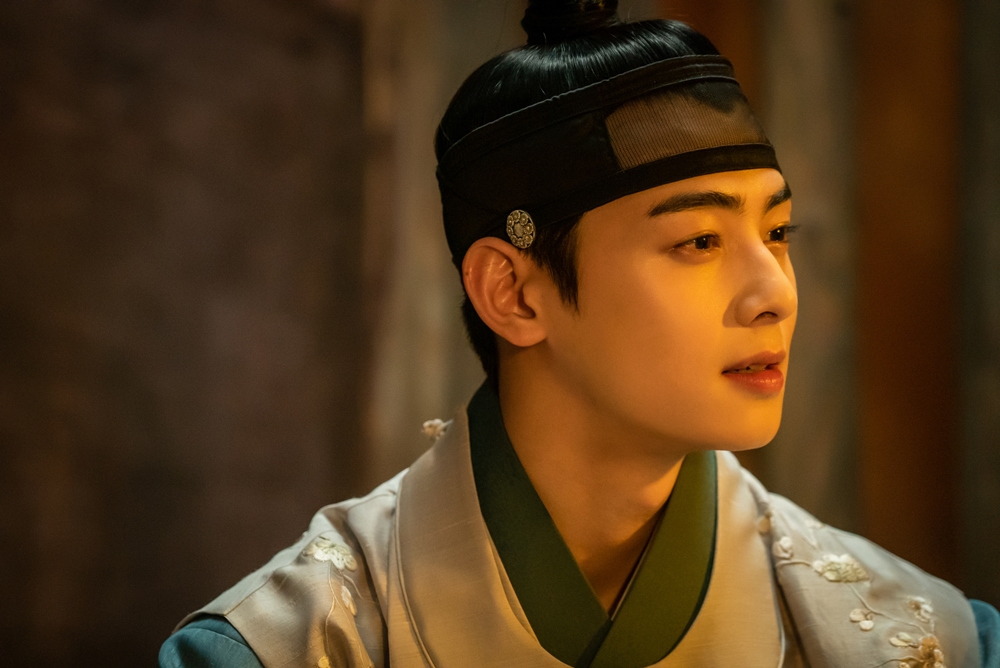 While I always go for peace and serenity, and I have loved how less problematic the plot of the series is, I still want a big storm weathered together by the passionate children of noble families in this series. The sooner the better because a little elaborated romance from Hae Ryung and Prince Yi Rim is a must to happen in the waning part of the series.

What is the King’s order at Hae Ryung’s residence about? Will the King charge to finally face the Queen Dowager and her loyal retainers?