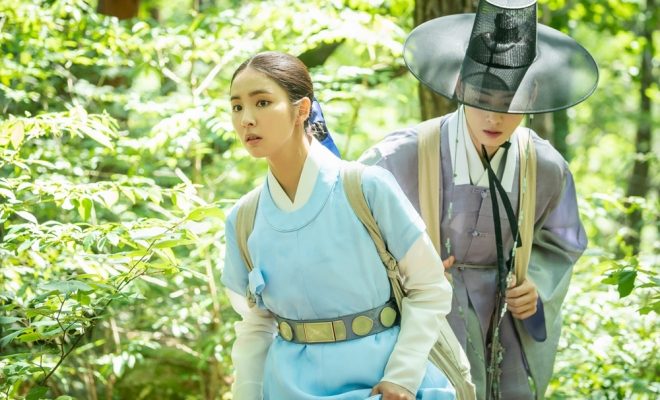 Rising up to his responsibility, Prince Yi Rim and rookie historian Goo Hae Ryung head to a town plagued with a disease.

Halfway to the series, Rookie Historian Goo Hae Ryung has established its talking points such as the role of women in Joseon period. Mixing the staple power struggle and internal conflicts among the members of the royal court, MBC’s engaging drama is keen to up the ante on the second half of the series.

When a small pox outbreak hits a province in the country, the government engage to a heated battle. Second State Councilor (SSC) Min suggests sending a member of the royal court to check the situation, in turn pacifying the woes of the people. Opposing to the idea to send the Crown Prince Jin, SSC Min firmly stands on his recommendation. A few banters erupt on the contending camps making the King raise his voice to demand order.

Acquiescing to the request, Prince Jin offers to oblige but the King just stares blankly at him and walks away. With his entourage following behind, the King heads to Neokseodang and finds him on a paper tug-of-war with Hae Ryung.

Settled on his seat, the King goes straight to the point and orders Prince Yi Rim to go to Pyongyang as a member of the Royal Family. Knowing the dangerous task of going to a small pox infested place, Sambo and Hae Ryung give a worried look.

Pleading about how Prince Yi Rim has never had a small pox, the King shuts Sambo up. Prince Yi Rim agrees to the order making the King pleased. Back at the historians’ office, a verbal debacle also happens on who will go to Pyongyang. Revealing she suffered small pox when she was a child, Hae Ryung volunteers.

Rushing to the King’s chamber, the Queen Dowager speaks with the King to withdraw the order to send Prince Dowon. He explains how as a King, he has to put behind his son for the people. Seeing through his evil intentions of how Prince Dowon not being his birth son led him to decide like that. Queen Dowager intensely warns that nothing should happen to the prince. That he will safely return home unscathed. 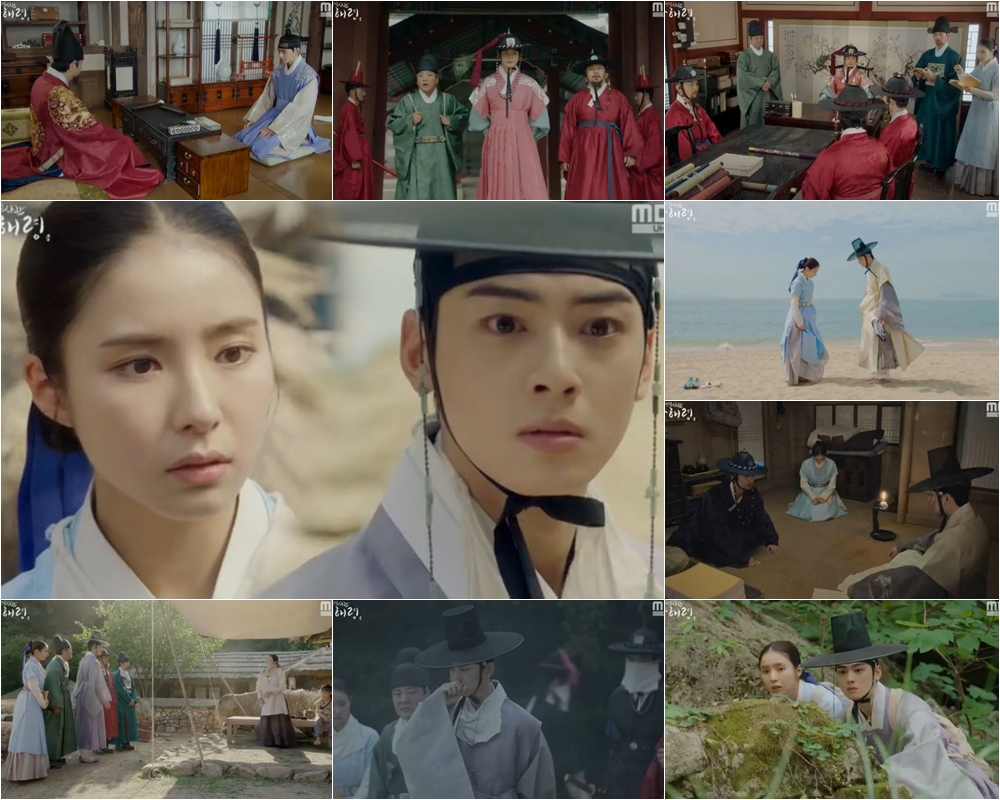 Overhearing Queen Dowager ordering her lady-in-waiting to send a message to Mohwa, Sahee reports it to SSC Min when she met him at night.

Meanwhile, Crown Prince Jin finds his little brother checking some books to read and drags him for a tea. Noticing his worried look, Prince Yi Rim relays feeling happy about his first mission. His brother proudly looks at him and reminds him to be at his best behavior representing the royal family.

Throwing a fit for her dangerous task, Hae Ryung’s nanny reveals the lie she did just to be part of Prince Yi Rim’s Pyongyang entourage. Apparently Hae Ryung has not had small pox when she was young. Jae Gyung enters her room supporting his sister and reminds her to be careful.

The Journey to Pyongyang

It’s D-Day to the Pyongyang mission and Prince Yi Rim is garbed in handsome clothing to perfection. Upon seeing Hae Ryung, his face brightened up like a sunshine. Observing her at a near distance, jealousy hits him when he sees Officer Min offering Hae Ryung some water to drink. Prince Yi Rim sees red when Officer Min sits beside her and they happily chat. Throwing dagger looks at the two, he gulps Sambo’s cup of water in one shot.

Prince Yi Rim and his entourage arrives at their destination and heads to meet the governors. Reporting that everything is under control, the prince is relieved to hear a happy news. However, Officer Min senses something off. When the leader of Pyongan approached him to give regards to his father, he questions why he is in Haeju. But, he evades the questions and sets off to leave them. 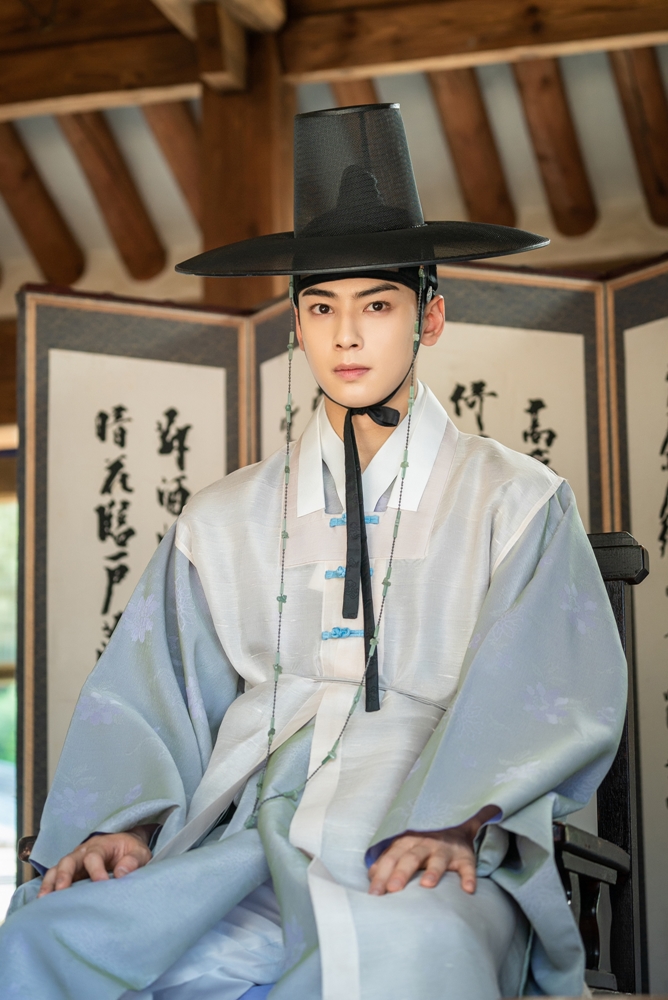 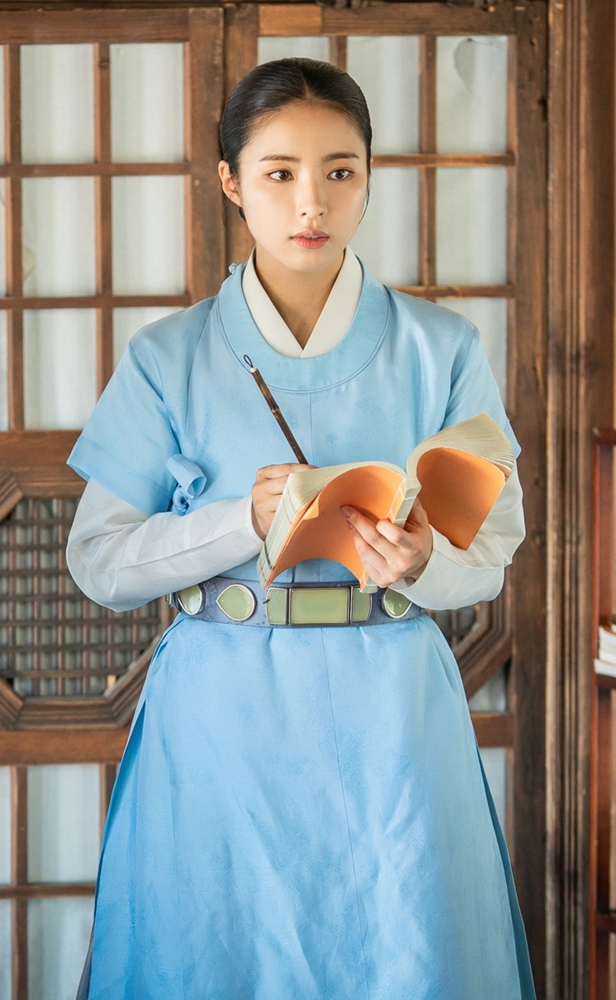 An adorable idea strikes Prince Yi Rim’s mind when Sambo mentions a few scenic places to bask on in Haeju. He orders him to prepare water for him to wash up and retire early. As soon as his eunuch leaves, Prince Yi Rim hurriedly picks clothing and goes out to meet Hae Ryung.

Contrary to an undercover mission Prince Yi Rim used to reel Hae Ryung to join him, they went to the nearby beach. Realizing the prince duped her, she politely tells him that she is tired from the long walk and a traipse on a beach is a luxury for her. She asks to leave, but Prince Yi Rim stops her. Mumbling how it is his first time in the beach, he shares it has been a dream of him to spend it with someone.

Understanding his sentiments, Hae Ryung takes off her shoes and asks him to do the same as they frolic on the sand and waves of the refreshing sea. 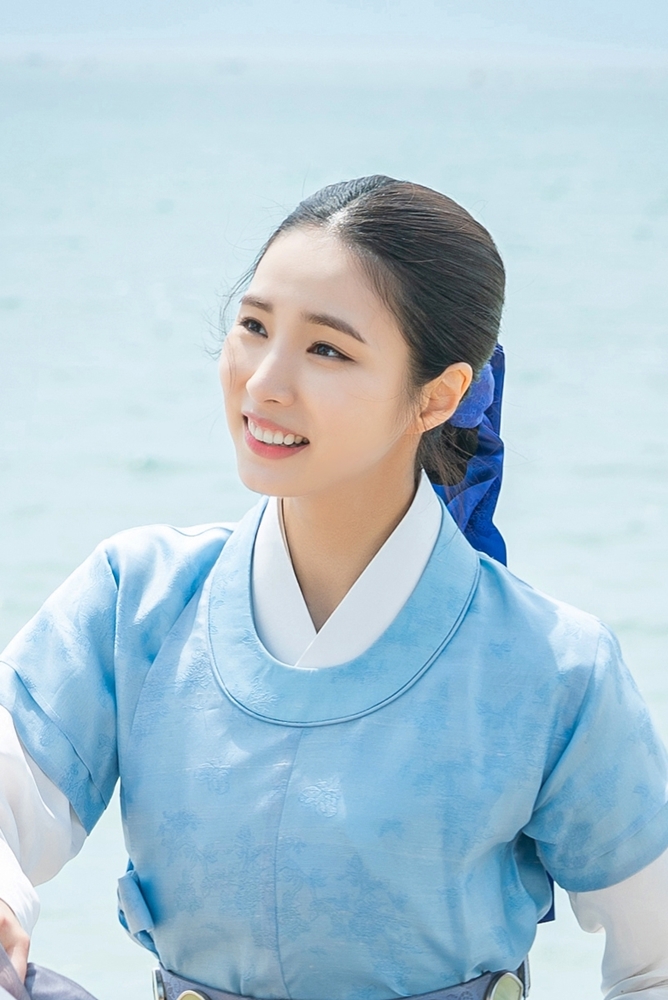 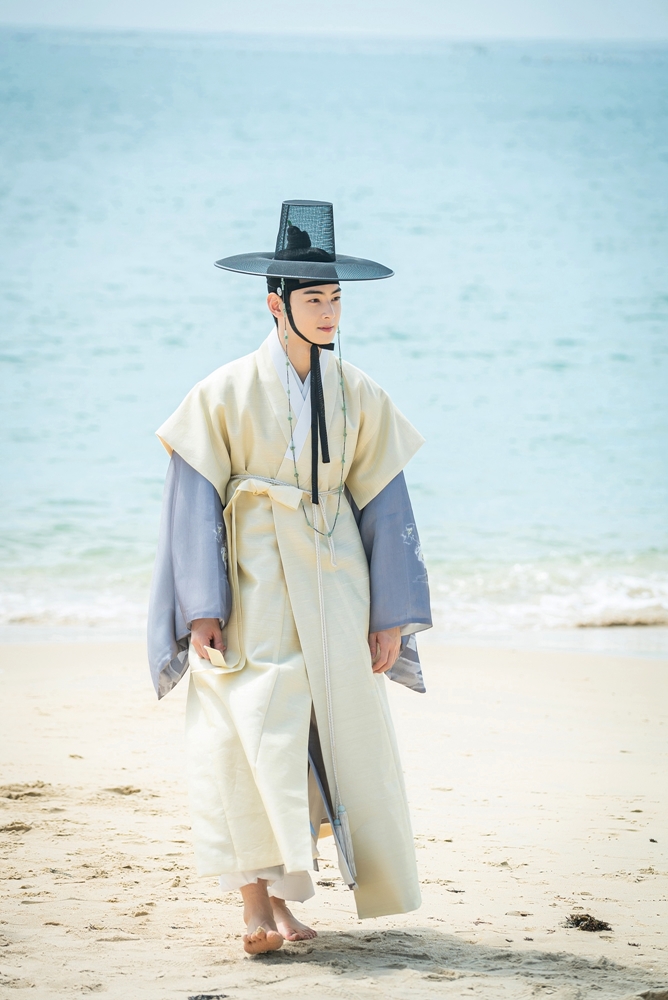 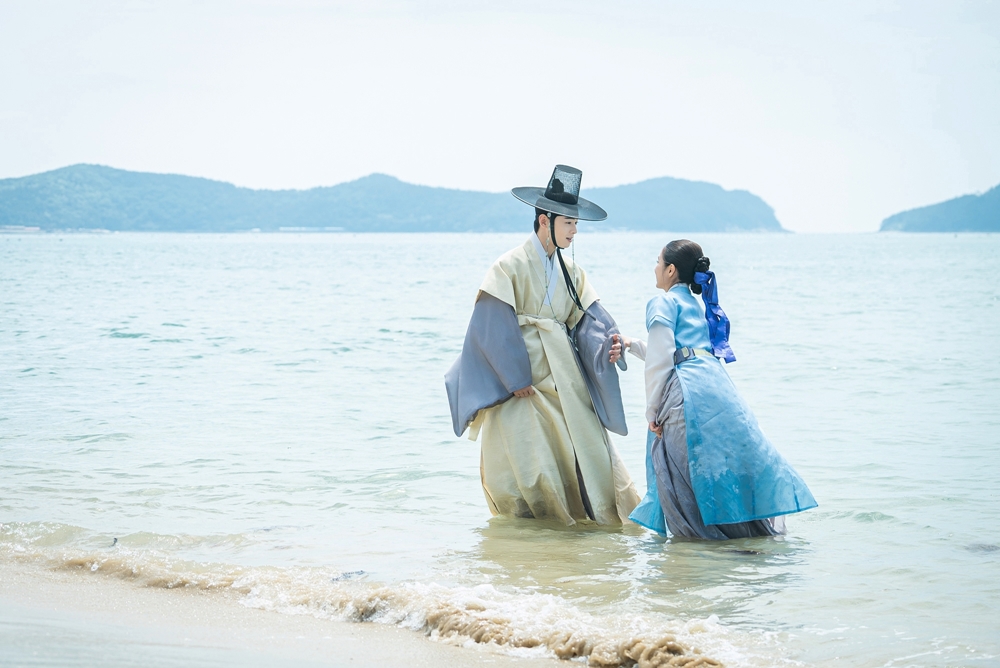 The truth about the small pox outbreak

Arriving at their accommodation, Hae Ryung bumps with the man she was supposed to marry. After a quick how-have-you-been chat, he asks Hae Ryung to do him a favor.

Hae Ryung brings Prince Yi Rim at a place to meet with her ex-fiance who is a town magistrate. Kneeling on Prince Yi Rim, he begs him to help the country’s people and reveals that the report he received are all lies. Reporting the real count of the casualties, the magistrate begs Prince Yi Rim for help.

Both unable to sleep from the news they heard, Hae Ryung and Prince Yi Rim find each other at the horse stable. They set forth to the epidemic-ridden area but was denied access. Hence, they take a mountain route to arrive at the place.

Stumbling on merchants who just came back from the town they are headed to, Prince Yi Rim and Hae Ryung listens to the devastating situation. At the mention of how the merchants had scored lucrative deals from the dying town citizens, Prince Yi Rim chides on their evil actions. With Hae Ryung’s quick reflexes, she stops the altercation and drags him to escape. 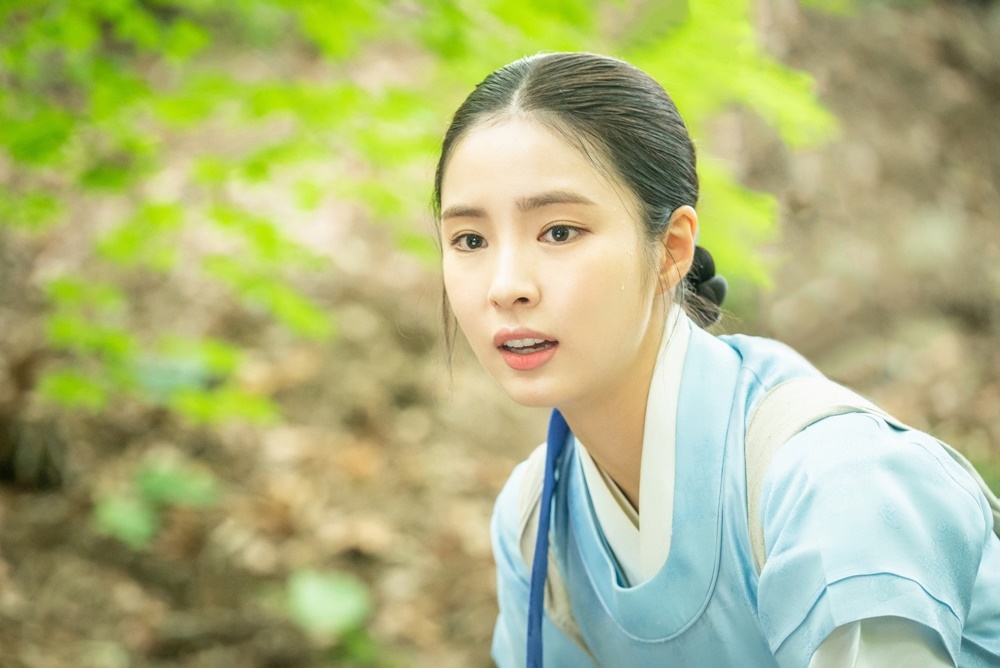 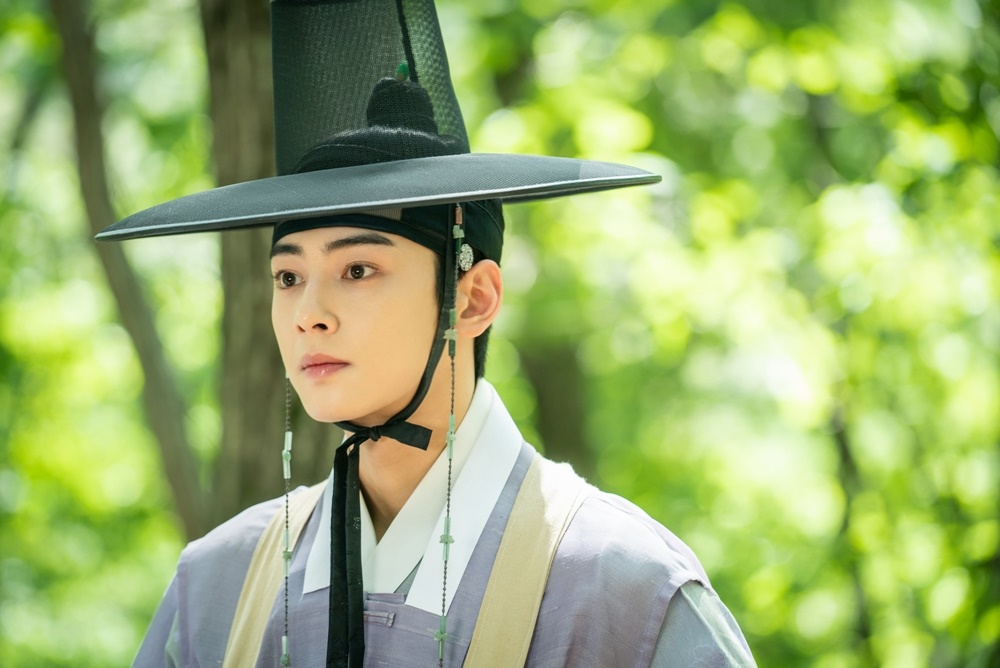 The witnesses to the outbreak

Sensing movements in the area, Hae Ryung and Prince Yi Rim hides and sees a young girl checking for some edible food on the ground. Following the child who ran away, they see a small cottage. Hae Ryung tells Prince Yi Rim to leave for his protection. The young girl’s mother narrates the true situation in the village and how they escape the place out of worry for their child. She helplessly cries and begs Hae Ryung to take her child to the city.

Opposing to Prince Yi Rim’s decision to take the child, Hae Ryung reasons the risk of taking her to Haeju. Relenting to Hae Ryung’s reasons, they left the cottage with their food and medicine. 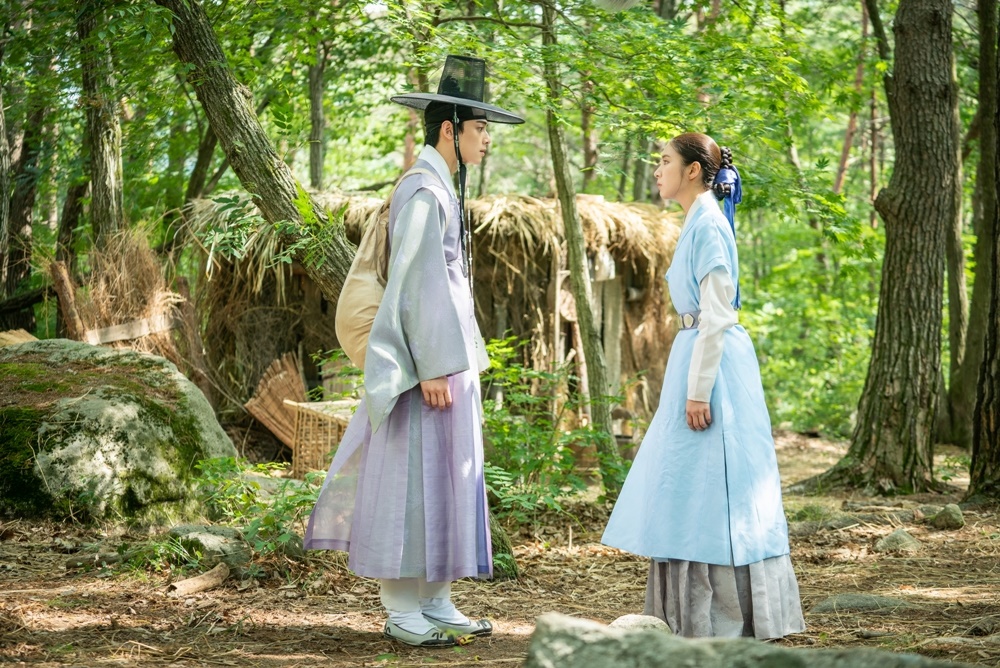 A ray of hope from a desolate place

Facing the evil governors, Prince Yi Rim scolds them for giving up on their people. He orders preparations of food and medicine and announces going to the infected place.

When they reach the town, Prince Yi Rim is stopped for going further but he is resolute to probe deeper. Amidst the agonizing situation, they hear sounds of laughter and move to where it is.

The sight of children eating and smiling appears. But when he sees a woman treating the wound of a young boy, he asks what she was doing. Taking off her mask, Mohwa meets Prince Yi Rim and Hae Ryung for the first time.

Just as we thought, the prince brothers are not birth children of the King. Marking the transition to more challenging scenes for Cha Eun Woo as expected for historical productions, we see opportunities to improve. Given his still growing experience, the effort is appreciated. At the very least he delivers – through evident chemistry with Shin Se Kyung, who is really the focal character of the story.

The shift to the second stretch of the series always bring plot bends to prepare for the full blown display of the conflict to  be resolved. In the case of Rookie Historian Goo Hae Ryung, we see battles between parents and their children looming.

I think Mohwa’s character explanation is more than enough ripe to be discussed fully as well. Her connection to Queen Dowager can be added as well. About Sahee, her character so far is underdeveloped owing to the vagueness of her role, rather the direction of her role. At times, Officer Min who seems to be appearing as Hae Ryung’s black knight is also bland. So, let’s hope that his showdown with his  vile father will be worth it.