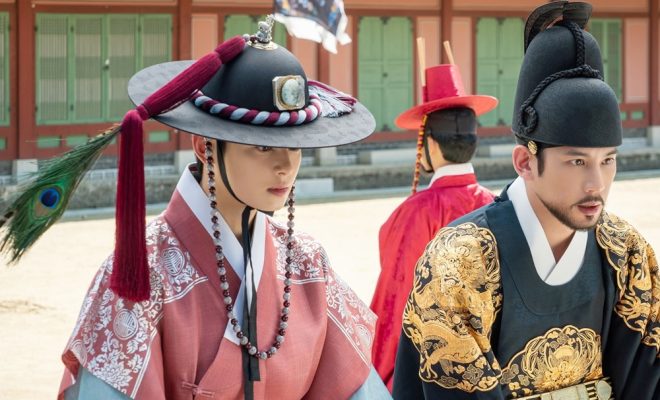 Having a first taste of helplessness, rookie historian Goo Hae Ryung and Prince Yi Rim face dire situations that require them to have a leap of faith.

Rookie Historian Goo Hae Ryung continues to dominate the mid-week drama race through its well-contrived narrative that leaves ruminative lessons. Smartly transitioning to draw the clear-cut convictions of its main characters, a storm may be brewing for the young visionary cast of the series. But through their steadfast beliefs of what’s best to their country, weathering the storm together and surviving it is possible.

A medical treatment unheard of

Upon seeing Mohwa treat a child with a strange cure, Prince Yi Rim stops her. Together with a former royal physician, they explain doing a medical procedure called variolation. Although, it does not guarantee a complete recovery, it looks to achieve a promising result in the future.

Still, Prince Yi Rim orders ceasing the treatment because the lives of children are at stake.

At night, Mohwa drops by to see her husband and pleads not to risk the prince’s life when the outbreak is in full swing. Sulking Sambo gives a cold treatment to Prince Yi Rim for denying the treatment his wife Mohwa was giving to the children. Arguing her reasons make sense anyway, he relays the message for him not to go out of the guest house.

In the morning, Hae Ryung heads to where Mohwa is curing the children and tells in passing about how her father treated him with variolation when she was young.

Surprised, Mohwa’s interest is piqued as the procedure is not something common in Joseon. Hae Ryung officially introduces herself, but Mohwa is not aware of her relationship with Jae Gyung.

Meanwhile, at the palace, Crown Prince Jin is in a heated discussion with the government officials when one of the historian recording, attracts attention because of his snoring. The kind prince disregards punishing the historian since he is aware of their heavy work load these days.

Arriving at the cottage in the mountain, Hae Ryung finds the mother wailing in pain holding the hand of her lifeless child.

Hae Ryung steps out and agonizingly cries on being too late to save them. When she goes back to the town clinic, she tells Mohwa of how she was not able to save a child because she turned her back on her the first time.

When she recollects herself, Mohwa advises on how in times of farewells, you can’t blame yourself or others. Encouraging her to do what she can to help, she gives her a book about a medical method to immunize people on small pox. 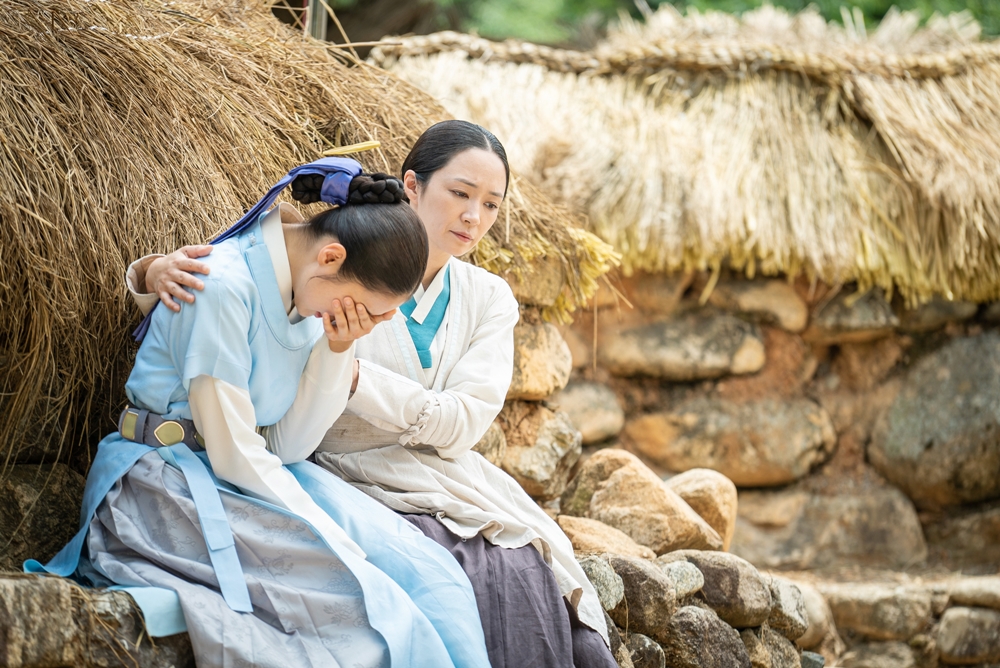 The book that will save the people

At night, Hae Ryung seeks Prince Yi Rim’s audience and presents the book that will save the lives of the dying people. Explaining how cowpox lesions can save humans, Hae Ryung elaborates how the fluid from cows with cowpox can be injected to people afflicted by small pox.

Prince Yi Rim cites the risk of the treatment, but Hae Ryung counters how in another country, the treatment has achieved excellent results. But the prince refuses to yield to her suggestion.

Apologizing to her suggestion, Hae Ryung makes another attempt to explain how she experienced putting the lives of people under Heaven’s will and it did not do any good. Adding to that she is aware of the preposterous idea, but reasons how no matter unheard of, if she is someone who would be in the brink of death, she will grab to anything for her to survive. She pleads for him to read the book and decide after.

Unable to sleep, Prince Yi Rim reads the book and gets an enlightenment. The next morning, he meets Mohwa and tells how he read the book all night and ponders on whether to believe it or not.

The urgency of the plague wants him to believe in the ridiculous treatment. Mohwa explains how she is the female physician in the book that was written by her and her master. Attesting to how she personally administered the treatment, she assures the prince on how the patients recovered fully. With her life at stake, Mohwa bravely remarks that the treatment is true.

Prince Yi Rim meets the provincial officers and tells them that variolation will be conducted to save the people. Firm to his decision, Prince Yi Rim announces getting the medical procedure first to erase the inhibitions of the people about it.

Confronting Hae Ryung about Prince Yi Rim’s decision, Officer Min chides his subordinate of the risks her action has led to by giving the prince the book. Defiant, Hae Ryung sticks to her principle that she is also a citizen of the country before she is a historian. However, Officer Min lectures about her job as a historian. That her meddling to influence opinion crossed the line of what her responsibilities are.

In front of the citizens, Prince Yi Rim braves the procedure against Sambo’s protest. Mohwa goes on to inject the cow pus while Prince Yi Rim bears the pain. 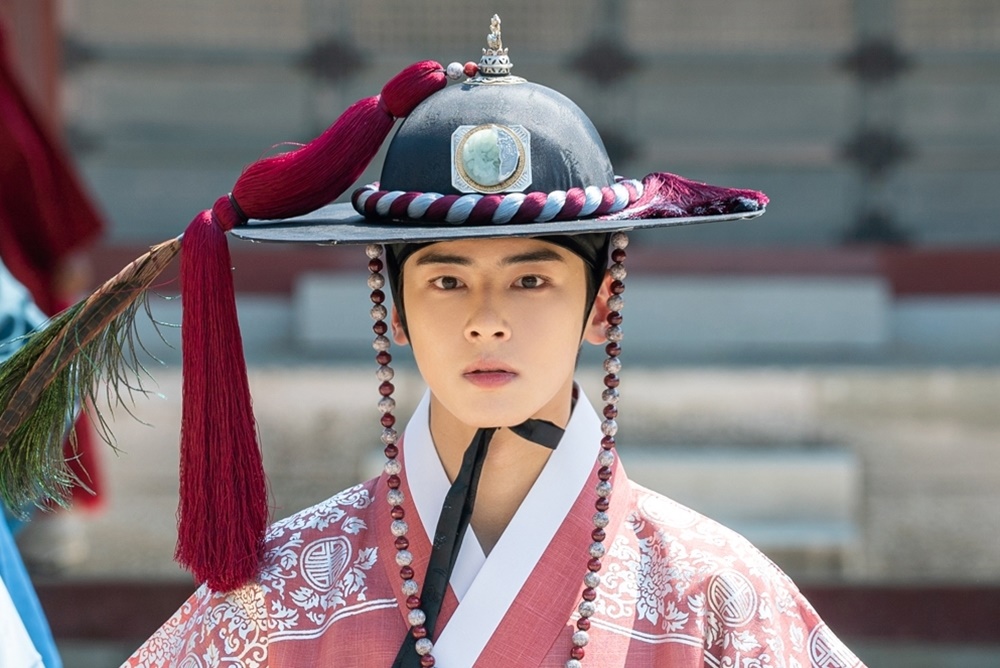 Later, SSC Min’s assassins go to where Mohwa is sighted to seize her. Just when she was cornered, masked men came to her aid.

At the guesthouse, Sambo and the officials are in chaos because Prince Yi Rim suffered extreme fever after the injection.

Back at the palace, the Crown Prince meets Sahee’s father to thank him for donating his herb stocks which the plagued town badly need. Knowing Sahee instigated it, he confronts her for the action. She responds how the act is what a nobleman should do.

Thankfully, Prince Yi Rim survives the ordeal and wakes up to Sambo’s dramatic outburst checking if he wants to eat what cows want to eat.

With the successful test, Prince Yi Rim orders for the treatment to be done to the people. He personally sits in front of them to stand as a proof that it will be safe.

Exhausted from waving and smiling the whole day, Prince Yi Rim can barely move his finger. But when Sambo offers some yummy food, his romantic and creative mind strikes another idea and gets some of the food to look for Hae Ryung.

Presenting it to Hae Ryung as a royal gift, she opens the cloth package and finds boiled pork which is technically not at all romantic for a gift. When the prince hints of how she has lost weight worrying about him being sick, Hae Ryung nonchalantly shrugs how she has been eating and sleeping well and good.

Cutely bickering about her not being worried when he was sick, Hae Ryung argues how his case was not even hopeless. Prince Yi Rim walks out, but Hae Ryung knows how to appease him. She calls and tells him how she was happy that he is safe. Struggling to hide his cute smile, he continues to walk away.

The news about Prince Yi Rim’s order to conduct the medical treatment reaches the palace. Listening to the officials, the King orders to ban the treatment and for Prince Yi Rim to return.

Things are going great at the small pox infected town as Prince Yi Rim and his entourage continue to help out in the relief operation. However, the prince and Officer Min struggle to find what they can help with being raised in an affluent household.

At night, they are gifted with some local delicacy which they happily enjoy. Done with their business, the people of the province take time to send off Prince Yi Rim with gratefulness and respect making him happy.

Upon his return to the palace, the King is already waiting. Instead, of greeting him appropriately, Prince Yi Rim gets a slap on his face. When Crown Prince Jin reminds the King of the historian witnessing the scene, the King calms down as Prince Yi Rim stares blankly, bereft of emotions.

Now that we have crossed the halfway mark of the series, plot movements are expected to escalate for Rookie Historian Goo Hae Ryung. We see how the silent war between the King and his adopted princes is ready to fill the remaining episodes of the series.

Keeping a balance of the upbeat and serious tones on historical series is usually hard. When the pile of conflicts reaches maturity, the story tends to emotionally exhaust. Hence, I really find the smart writing of this drama commendable.

Before we knew it, the character introductions, motivations and connections were laid out in a simple way for non-sageuk watchers to easily grasp. Heading to a heavy character confrontations and conflict resolutions, the groundwork set for the characters to rise up to what’s their worth have been sealed in this episode.

Additionally, it’s about time for romance to bloom in the story. So, we are expecting for it to happen in the future episodes.

Will the children triumph against the traditional ideologies of their parents to make a difference in Joseon?

Hellokpop, as an independent Korean entertainment news website (without influence from any agency or corporation), we need your support! If you have enjoyed our work, consider to support us with a one-time or recurring donation from as low as US$5 to keep our site going! Donate securely below via Stripe, Paypal, Apple Pay or Google Wallet.
FacebookTwitter
SubscribeGoogleWhatsappPinterestDiggRedditStumbleuponVkWeiboPocketTumblrMailMeneameOdnoklassniki
Related Itemscha eun wooRookie Historian Goo Hae RyungShin Se Kyung
← Previous Story K-Drama First Script Table-Read: Hyun Bin & Son Ye Jin’s “Crash Landing On You”
Next Story → K-DRAMA PREMIERE: “Be Melodramatic” Highlights Self-Discovery And Beginnings Of New Adventures