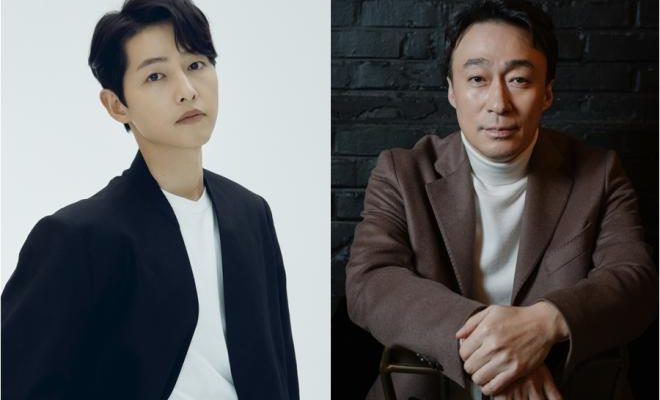 JTBC has sealed formidable lead actors to another highly-anticipated drama!

Song Joong Ki and Lee Sung Min affirmed their appearances in 재벌집 막내아들 The Youngest Son of a Conglomerate (LT).

To be directed by Jeong Dae Yoon (W, I’m Not A Robot), the script will be penned by Kim Tae Hee (Designated Survivor 60 Days, Sungkyunkwan Scandal) with JTBC Studio backing up the project. It is based on the web novel of the same name.

Targeting broadcast in 2022, the series chronicles the story of a devoted secretary of a chaebol family who was framed for fund embezzlement.

He dies but he got a rebirth as the youngest son of the rich conglomerate company.

He is falsely accused of being disloyal to the Sunyang family and is thrown away.

But, he gets a chance to be reborn as the youngest son of the very same evil family.

With his knowledge of the future events, he goes to exact revenge by taking over the Sunyang group.

He is also the head of the Sunyang family. Known for his relentless cruelty, he has a quenchless craving for money.

The Youngest Son of a Conglomerate reunites the two actors since the 2009 drama Triple.