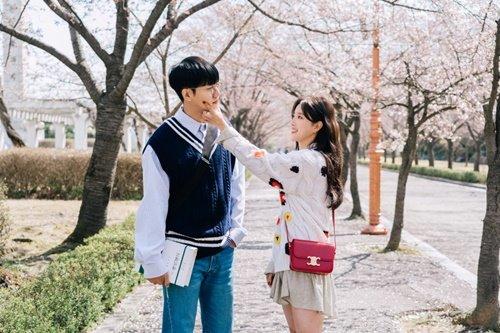 KBS2’s new Monday-Tuesday drama gives a peek at a scene where its lead stars were in their college days.

Based on the famous web novel “Love According to the Law” written by Noh Seung Ah which has recorded more than 25 million views, The Love Cafe stars Lee Seung Gi and Lee Se Young.

The Law Cafe will be backed up by Director Lee Eun Jin and writer Im Ji Eun. They aim for a stress-free drama that will bring both excitement and healing.

Notably, the series reunites Lee Seung Gi and Lee Se Young after working together four years ago in A Korean Odyssey.

In the drama, Lee Seung Gi portrays Kim Jung-ho, a former prosecutor and genius monster building owner who crosses the boundary of smartness and stupidity. Lee Se Young plays Kim Yu Ri, a four-dimensional lawyer who is passionate about beauty, fashion and a sense of justice.

The unveiled teaser photos capture the lead pairing into their college days studying at Korea University Law School. Jung-ho and Yu-ri look like a page from a campus magazine as they engage in a conversation on a street surrounded by cherry blossoms. 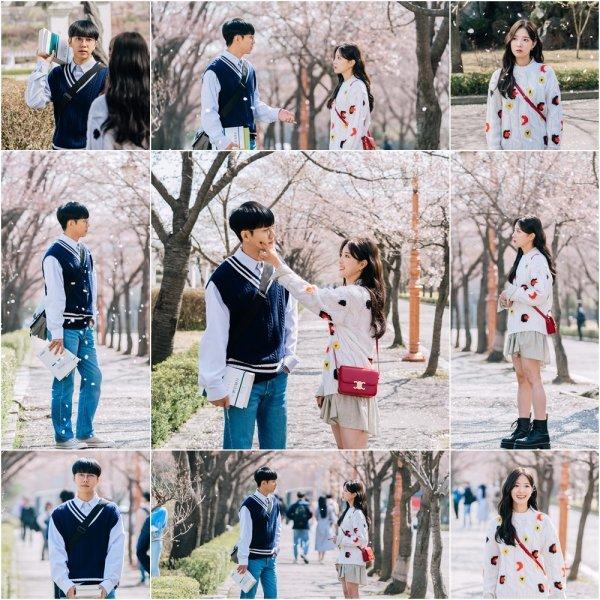 In contrast, Yu-ri shows off her youthfulness with a knit top and mini skirt matching her long wavy hair. Her innocence is palpable as she beams like a ray of sunshine.

With the cherry blossoms in the background, the two of them agree to go dating.

The production team shares how Lee Seung Gi and Lee Se Young assimilated into their characters well. Accordingly, they own their roles well as reflected in that scene.