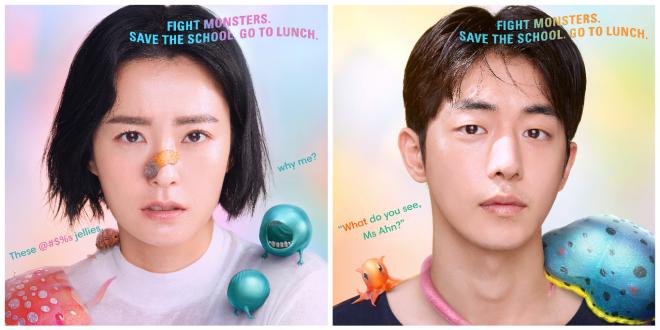 Countdown officially begins for the premiere of The School Nurse Files!

Along with the launch date confirmation, official character posters of its lead pairing were also unveiled. In the released teasers, Jung Yu Mi and Nam Joo Hyuk are surrounded by colorful Jellies. 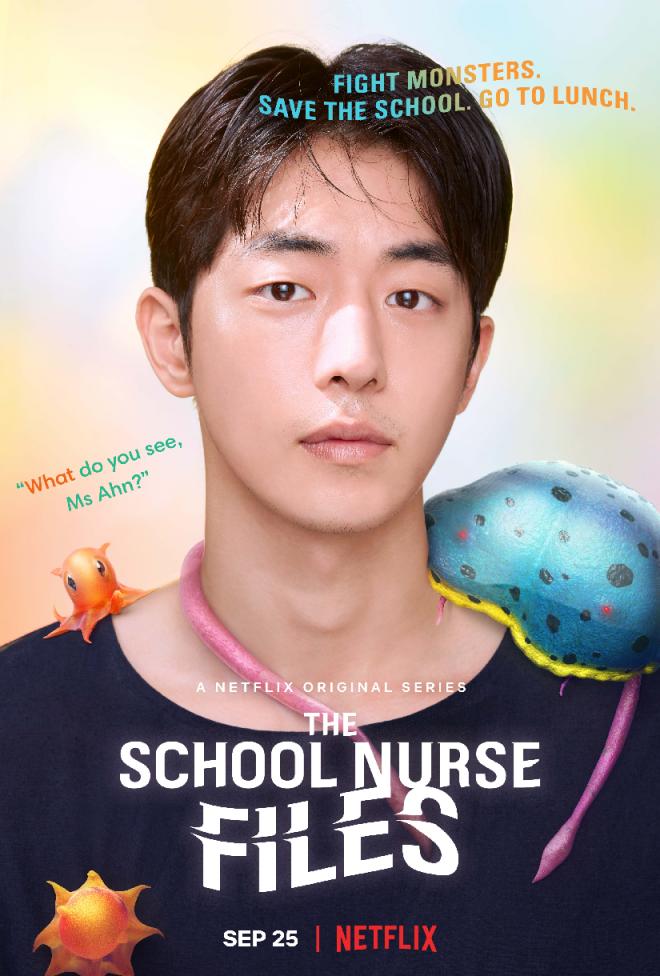 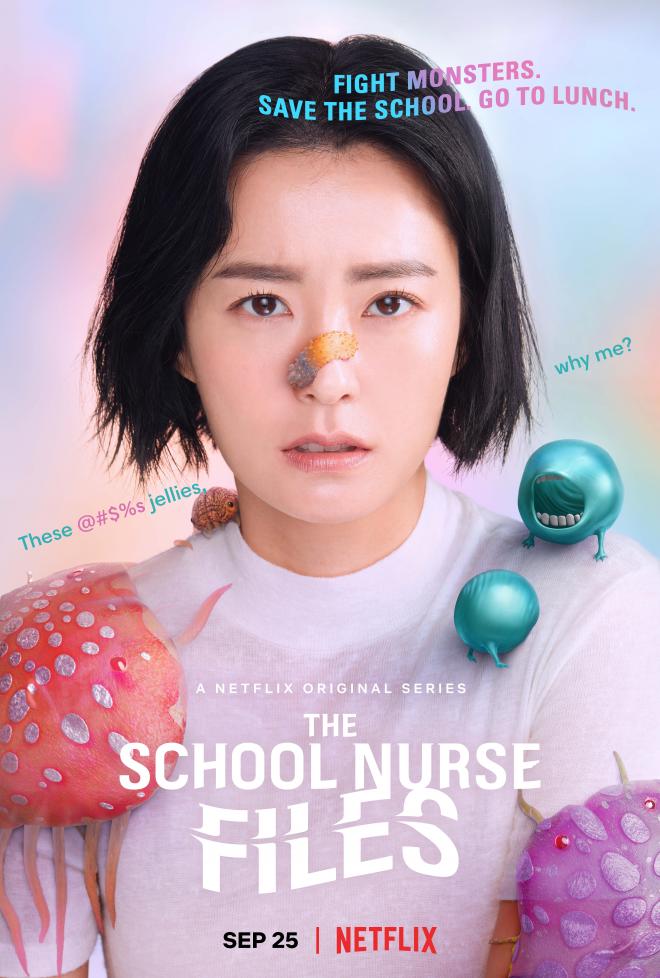 Ahn Eun-young has been fighting a lonely battle against the slimy world of jellies that no one else can see. Hong In-pyo is curious by nature and readily steps into the fight to help. As the grandson of the school founder, he is dedicated to protecting the school and the students.

Humorous tension between them erupted after forging a connection as jelly-fighting team. Adorably hinting the adventures they are set to conquer, the texts on their posters show similar mantra – “Fight Monsters. Save the School, Go to Lunch; a fate that has brought upon by their complementing uncanny powers.

There is humorous tension between these two awkward characters who are thrown together by circumstance and must become a complete and efficient jelly-fighting team in the process.

Written by Chung Se-rang, who authored the original novel that the series is based on, The School Nurse Files is a quirky fantasy series. Director Lee Kyoung-mi of films Crush and Blush and The Truth Beneath fame.

The fun and magical world of The School Nurse Files slates its launch on September 25 only on Netflix.