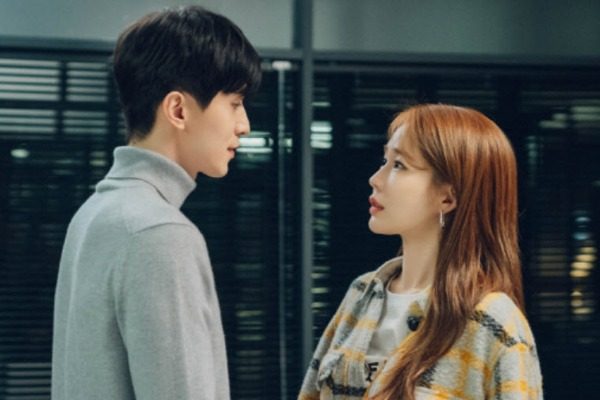 Key Moments in Episode 9 Of “Touch Your Heart”

A colleague’s daughter is accused of being a bully and is keeping a secret from her mother, as Yoon Seo is debating whether to tell Jung Rok her own secret.

Touch Your Heart Episode 9 shows how well Jung Rok and Yoon Seo care for each other. They also discover different sides of each other’s personality which only strengthens and deepens their bond. Meanwhile, Lawyer Dan Moon Hee finds herself drawn to Attorney Choi. Paralegal Lee divulges the secret that Secretary Yang’s daughter is keeping from her. 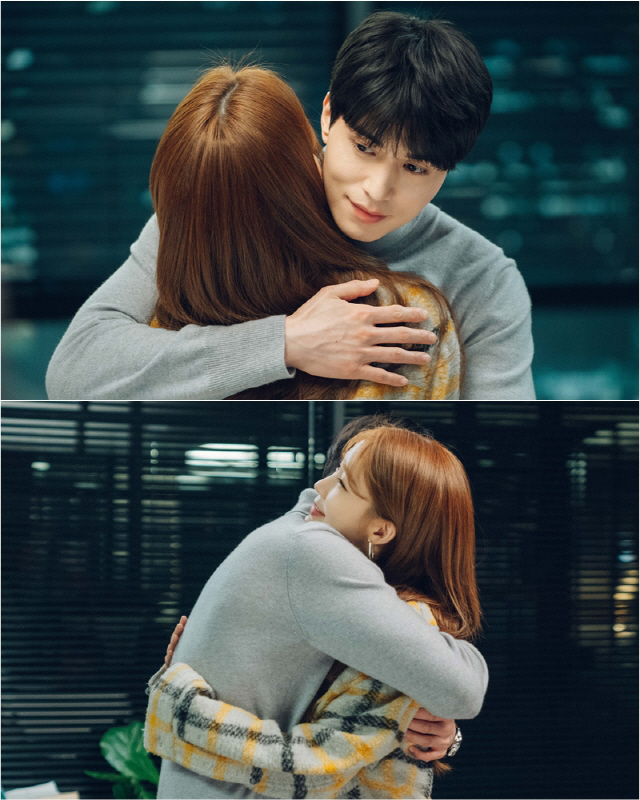 Jung Rok and Yoon Seo meet a client who is facing a lot of mean and false comments after a blogger posted a review for his macaroon. The client notices that Yoon Seo is eyeing the macaroons and says that Jung Rok’s secretary must really love to have some. Jung Rok buys a box for Yoon Seo, and in the car on their way back, he praises Yoon Seo. Not only for her loyalty but also for being pretty and kind. Yoon Seo teases Jung Rok for the sweet things he said and tells him she did not know he is capable of such. She also suggests that he should say sweet things more often, to which Jung Rok agrees.

At the office, Yoon Seo shares the macaroons to her office mates and gets a little defensive when Secretary Yang picks the mint-flavored macaroon for her. She immediately leaves after saying she does not want to kiss someone. In Jung Rok’s office, she is once again flustered when he approaches her and says he will not ask again. Her mind goes back to the night when she and Jung Rok kissed, but he only wants to tell her that she is doing a good job in delivering the sentencing, so he won’t ask her about it again. 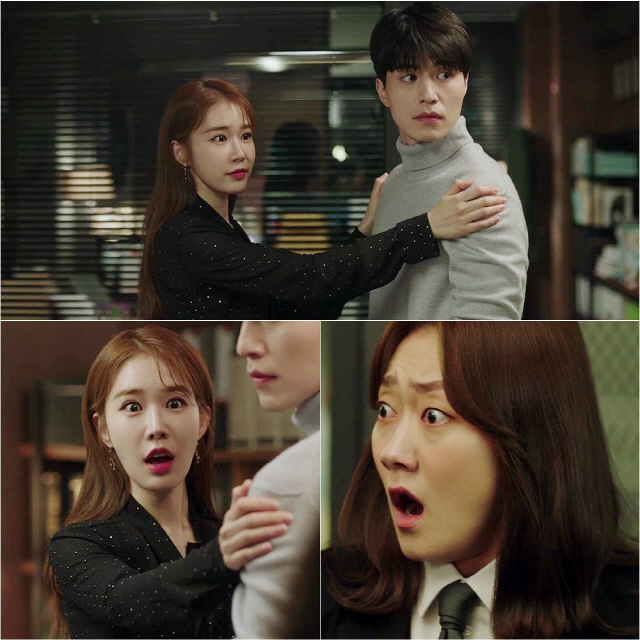 While reviewing the case, Yoon Seo empathizes with the bakeshop owner and recalls the harsh comments written about her. She mentions that she tried not to care but some comments still affects and hurts her. Jung Rok asks her reason for not pursuing a case, but Yoon Seo tells him that she did file a lawsuit only to find that the people behind those hateful comments are either students or parents. She feels that it was not right punishing those people. After promising not to post bad things any more, she drops the case.

Jung Rok gets curious and once Yoon Seo steps out of his office, he searches online. He comes out and furiously tells Yoon Seo that he is pressing charges. He adds that people did not just write bad comments, but also committed a crime that deserved punishment. Yoon Seo is touched and smiled at his outburst. She tells Jung Rok she feels happy that someone is angry on her behalf, more so that it is Jung Rok, who is often serious and rarely shows emotions. Jung Rok responds from that moment whatever happens to her will be his concern.

As they stand close, Moon Hee opens the door and gets shocked at their close proximity. Yoon Seo pushes Jung Rok and pretends they are arguing about something. Moon Hee quickly leaves and Jung Rok praises Yoon Seo for her quick-thinking, but mutters that she is quite strong.

On their way Yoon Seo’s place, Jung Rok wonders about the stress that the celebrities have to endure despite living a glamorous life. Yoon Seo says that not all things are bad as there are things which she enjoyed too. Yoon Seo remembers feeling excited reading a script and enjoying a lively set. She recalls one of the dramas she starred in which she has to show a different side of her.

She grumbles that Jung Rok would not know because he has not seen any of her works. Yoon Seo is surprised to learn that Jung Rok has to go back to the office to finish some work. She asks his reason for leaving when she could have gone home herself. Jung Rok answers that he wants to take her home and Yoon Seo says that she feels nice having someone to take care of her.

Back in his office, Jung Rok watches videos of Yoon Seo and beams. He says to himself that he misses her, and as if she hears him, Yoon Seo opens his office door. She smiles at him and says that she is bringing him a late-night snack. Yoon Seo also says that she missed him, and Jung Rok kisses her. She learns that Jung Rok has been watching videos of her and agrees that she looks amazing in them. He also says that she should not mind the bad comments because they are not all true.

Jung Rok wonders how much she must have hurt for those comments not to affect her anymore. He is thankful that even though she encountered hard times, she is able to overcome them.

Yoon Seo skips lunch as she waits for Jung Rok to return. However, he is not able to go back in time and urges Yoon Seo to eat by herself. Not used to eating alone, Yoon Seo ends up not having lunch. Her empty stomach growls in front of Jung Rok. He brings her to a one-person restaurant, so she could learn how to eat alone. She protests but eventually enjoys the experience. 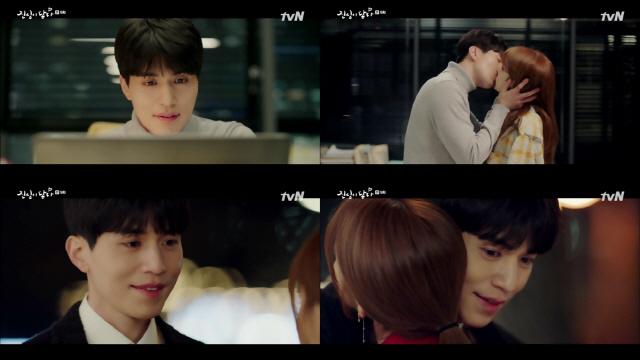 Inside the car, she wishes for Jung Rok to speak to her informally, but he says that he needs to be careful, for her sake. If he suddenly addresses her informally, their colleagues would wonder about their relationship. Jung Rok inquires about her plans after she quits in a month and if she thinks of pursuing a law career. Before she could answer, Hyuk Joon knocks on the car window. Yoon Seo startles and alights the vehicle while pushing Hyuk Joon inside the gate.

Yoon Seo tells Hyuk Joon that she wants to reveal the true reason she is working at the law firm, to Jung Rok at least. Hyuk Joon reminds her about the writer’s condition that no one has to know, not until an official article is released. Yoon Seo feels bad for keeping something from Jung Rok. 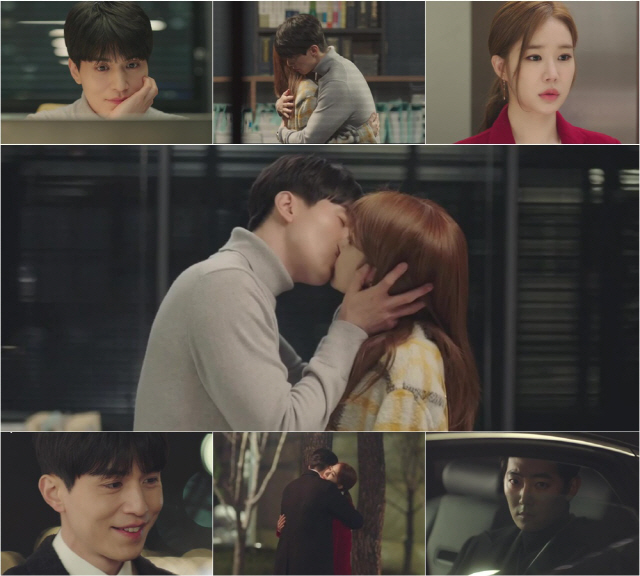 CEO Yeon Joon Seok and Hyuk Joon are having coffee and discuss Yoon Seo. The CEO is still concerned with her working with Jung Rok. Hyuk Joon assures him that Yoon Seo is fine and the two of them seem to be working well. Hyuk Joon opens a gift for Yoon Seo and they are shocked to see a potted plant – the one Lee Gang Joon sent to Yoon Seo.

Joon Seok wonders where he is and Hyuk Joon responds that as far as he knows, he is still in the United States. At the same time, a man, Lee Gang Joon, arrives at the airport. As his employee briefs him about business, he is looking at Jung Rok and Yoon Seo’s photo.

Meanwhile, Joon Kyu invites Jung Rok and Yoon Seo for drinking to show gratitude for helping Secretary Yang. Yoon Seo reluctantly agrees but tells Jung Rok that she is not feeling well. He promises that he will drink on her behalf. A drunk Jung Rok is even more serious as he talks about Thomas Hobbes and more law related subjects.

Yoon Seo asks if Jung Rok always acts like this when he is drunk.  Joon Kyu says it is the first time he sees him in a drunken state. He then inquires about Jung Rok’s reason for drinking beyond his limits. Jung Rok tells him that it is because of Yoon Seo and she dismisses it saying that Jung Rok does not want her to miss a workday.

Joon Kyu expresses his happiness that the two of them are finally on the same page. He says that it is going to be a surprise once Jung Rok and the other lawyers see her new drama. Yoon Seo once again feels guilty for keeping a secret. Outside, while Jung Rok is sobering up, both express their happiness in seeing different sides of each other.

Yoon Seo summons the courage to tell him but changes her mind. He senses her hesitation, so he mentions that it is okay if she can’t tell him if it is for her sake. He says that whatever it is, he is fine not knowing and that he likes her no matter what. As they embrace, Lee Gang Joon is looking at them from a distance inside his car.

In this episode, viewers got to see other sides of the leads and how they have come to care deeply for each other. Jung Rok getting angry after reading nasty comments about Yoon Seo showed how much he values her. Him telling her that everything that happens and will happen to her is his business is such a sweet thing to say. His words moved Yoon Seo and you really can’t blame her. She is accustomed to people placating her and Jung Rok is such a breath of fresh air – with his straightforward and no-nonsense attitude.

Yoon Seo showed Jung Rok how her experience being at the receiving end of those bad comments turned her into a strong woman. Despite being hurt, she still had the capacity to forgive those who wrote ill-things about her. I was with Jung Rok when he said he was thankful that she is able to overcome the hardships she faced. 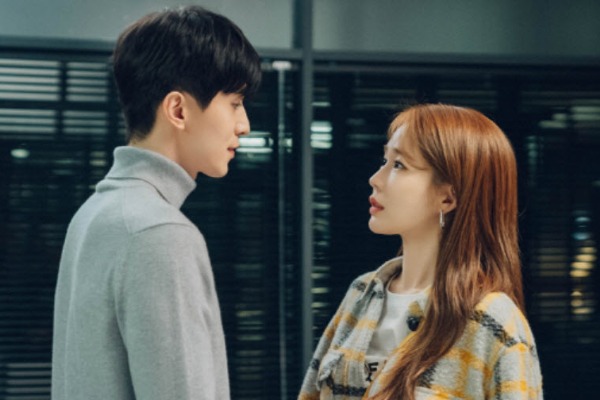 The man behind Yoon Seo’s controversy has finally shown his face and he is back in Korea to shake things up. He is obviously still not over his obsession with Yoon Seo as the first thing he did upon arrival was to look at a picture of her. He even had the audacity to send Yoon Seo’s agency a gift informing them that he is back.

The episode also displayed the bond between the employees of Always Law Firm. They were more like a family than colleagues as the went all out to help Secretary Yang and her daughter. Lawyer Dan Moon Hee’s growing feelings for Attorney Choi was a fun thing to watch, I hope this two would be an endgame, as she already has so much heartbreaks.

Touch You Heart is consistent with its light theme. I find myself dreading the time Lee Gang Joon will make his presence known to Yoon Seo. Our couple is happy, and he is back to burst their bubble of happiness, for sure. Thinking of the things he might do against Yoon Seo and Jung Rok, only heightens the anticipation for the next episodes.

Catch Touch Your Heart on tvN and tvN Asia.