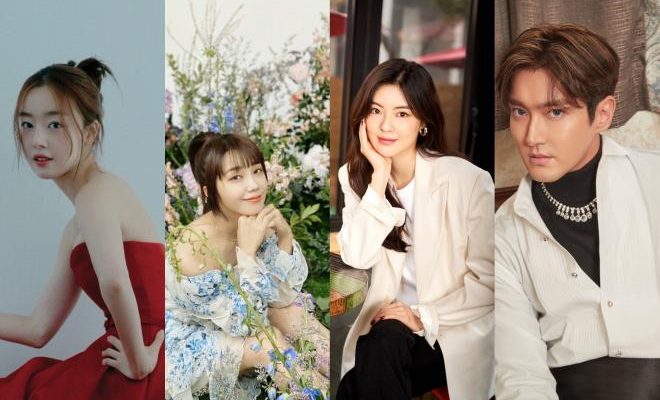 K-Drama fans are surely getting back-to-back treats from TVING! It recently announced a new series that will be led by some of the hottest Hallyu stars today!

Revolving around the typical life of middle-aged people, City Girl Drinkers will tell the story of three women who believe that their life would not be complete without drinking a glass of wine after every work shift.

Making it more special, it is based on a popular webtoon by Mikan titled Drunk City Maidens, which garnered 9.7 stars on Daum platform. Expected to attract attention, it also aims to provide comfort and consolation to middle-aged women out there whose minds and hearts tend to wander a lot.

Portraying the role of Ahn So Hee, a talented television scriptwriter is Lee Sun Bin. She was able to steal the attention and hearts of many through her previous portrayals in Team Bulldog: Off-Duty Investigation and Missing 9 so expectations are now rising regarding what kind of image she will unleash to perfectly pull off the emotions and feelings of So Hee.

Han Seon Hwa, on the other hand, suits up for the role of Han Ji Yeon, an energetic and bubbly yoga instructor who can easily liven up the atmosphere in any room she is in.

Marking her comeback to the small screen, gorgeous Apink member Jung Eun Ji is now gearing up for the role of Kang Ji Gu, a famous origami YouTuber, who only cares about her craft. Aside from that, she also has a complicated mindset so it will be interesting to see how Eun Ji would personify her character through her impressive acting skills.

Meanwhile, Choi Si Won will also grace the show as Gangbuk-gu, an entertainment producer, who will share his perspective by interacting with the three female leads mentioned above.

“We will provide comfort and fun with a universal story and a setting that anyone can easily sympathize with. We cast actors who fit the charms of the characters, so we can present a convincing and immersive drama,” the production team said.

City Girl Drinkers will air on TVING in the second half of the year.