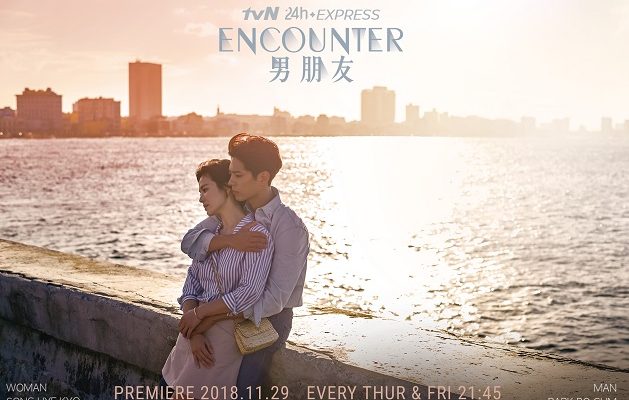 Highlights of the drama surround the 11-year age difference between the two actors and their friendship in real life as Park Bo Gum is a close friend of Song Hye Kyo’s husband Song Joong Ki.

tvN’s latest 24-hour express drama in Asia Encounter, starring Korea’s national sweetheart Song Hye Kyo and heartthrob Park Bo Gum, will premiere expressly on tvN in Singapore, Malaysia and Indonesia from 29 November (Every Thursday and Friday) at 21:45 (GMT+8), with previous episode repeats back-to-back at 20:30. With the big success of express dramas like romance comedy What’s Wrong With Secretary Kim and crime action drama Player, tvN expects Encounter will be able to give a breath fresh air to audience with hottest A-listers and story that warms their hearts.

Shot in Korea and Cuba, Encounter revolves around Cha Soo Hyun (Song Hye Kyo), an influential politician’s daughter who divorced a man from an upper-class wealthy family, and ordinary young man Kim Jin Hyuk (Park Bo Gum). One day, Soo-hyun, who is trapped within her family drama, encounters Jin-hyuk, who leads a simple, happy life. Their worlds clash and a star-crossed romantic love story then begins. Highlights of the drama surround the 11-year age difference between the two actors and their friendship in real life as Park is a close friend of Song’s husband Song Joong Ki. Audiences are expected to witness impeccable acting by the main cast as well as romantic scenery of Cuba. 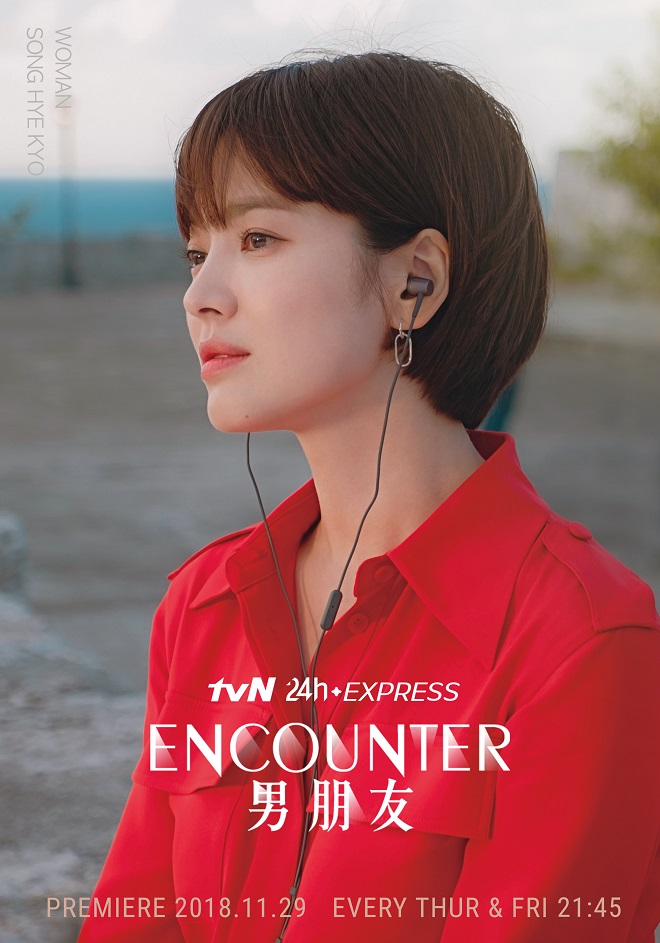 During the production conference held on November 21, Song Hye Kyo expressed that, “I really love the storyline and script of Encounter, I just can’t stop reading it. I am also very excited for audience to see the chemistry between me and Bo Gum.” 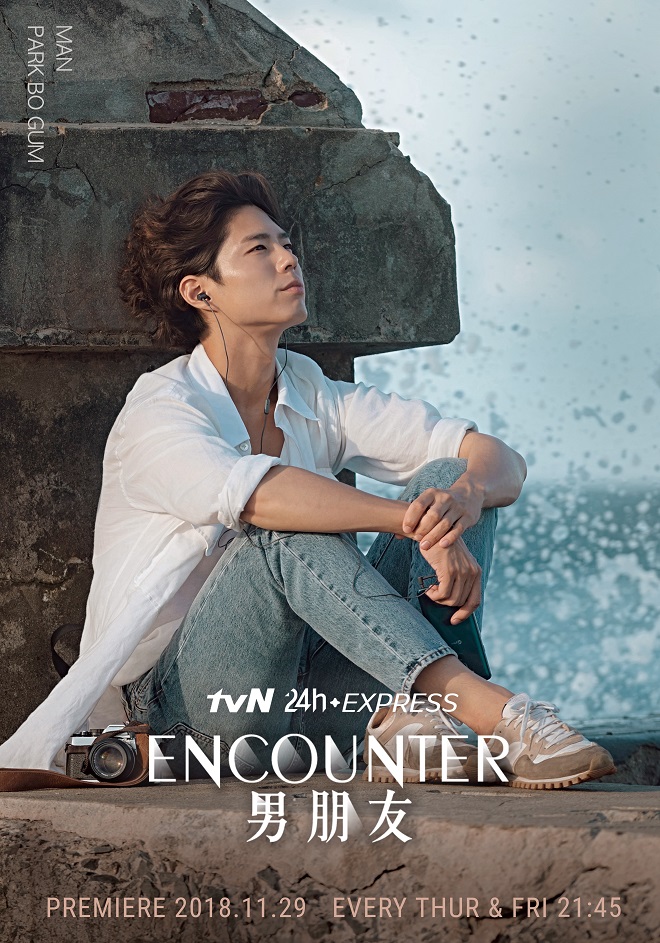 As for Park Bo Gum, he thought that, “Hye Kyo is very nice to work with, and has helped me a lot during shooting. She has taught me how to make the scene better and truly act out the script.”

Encounter is written by Yoo Young A, who wrote fantasy-comedy Because I Love You and one of the highest grossing Korean films of all time in Korea, Miracle in Cell No. 7; and directed by Park Shin-woo who also helmed Jealousy Incarnate and Hyde Jekyll, Me.

Encounter will premiere on tvN in Singapore, Malaysia and Indonesia from 29 November (Every Thursday and Friday) at 21:45 (GMT+8), with previous episode repeats at 20:30, with subtitles in English, Chinese, Bahasa Malaysia and Bahasa Indonesia.

Encounter is available on tvN in the channels listed below: