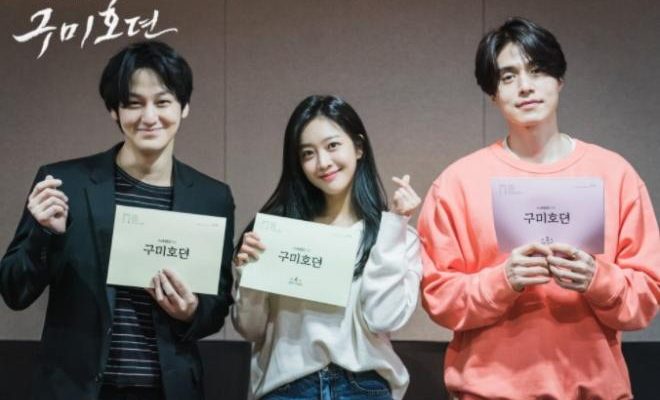 Excitement continuously mounts as tvN recently unveiled a new poster ahead of Tale Of The Nine-Tailed premiere this October.

tvN’s most anticipated fantasy drama series has revealed a new photo teaser that depicts a tension-filled confrontation between the two main characters. The upcoming drama boasts star-studded lead casts in superstar actor Lee Dong Wook and the equally talented and charming actor, Kim Bum. This fantasy-romance series is slated to air its pilot episode on October 7.

Although the gumiho (nine-tailed fox) is not a novelty concept in Korean dramas, the series is poised to offer viewers a fresh take with the way it incorporates this folklore creature into the popular entertainment culture. It is also worth noting that Tale of the Nine Tailed is going to be the first drama to showcase a male character portraying the mystical fairy tale creature. With a stunning cinematography and an engrossing plot sketch, the series will definitely capture the viewers’ attention as the story unravels.

The story will follow the journey of Lee Yeon (Lee Dong Wook), a once mountain god in Baekdu-daegan, who decides to live in the city and co-exists with humans. He punishes the ghosts that threatens the peace in the present world while inevitably captivating women’s hearts with his irresistible charisma. Playing the sinister character of Lee Rang is Kim Bum, another gumiho who elicits greediness and cunning hunger to brutally take down his half-brother, Lee Yeon.

The freshly released poster shows off the power duel between the two in what seems to be a day of reckoning. The image teaser visualizes Lee Yeon and Lee Rang standing face to face in the midst of high-rise buildings. Both clad in all-black suits in their cruel encounter, each giving out his dark, inauspicious look towards the other. 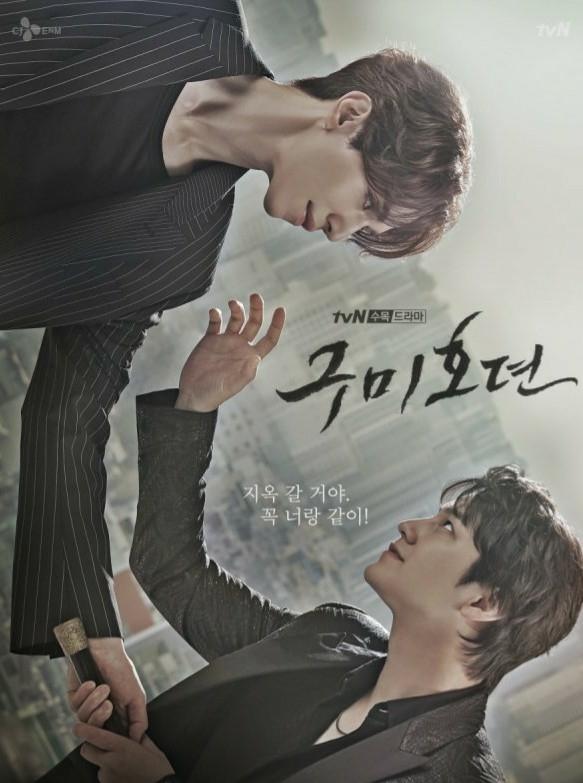 In addition, the photo visibly shows Lee Yeon holding a sword that is specifically pointed at his nemesis, which further incites the characters’ savagely fiery face off. While Lee Yeon possesses an iced-cold, stoic look, Lee Rang, on the other hand, displays his devilish grin as if ready to indulge himself in an outburst of pride and anger.

Moreover, the poster also highlights the powerful and haunting lines the characters have thrown at each other, “I’m going to hell.” and “Must be with you!” mounting the excitement of the viewers with regards to how this battle between the gumiho brothers would turn out.

But in contrast to their ferocious rivalry in the series is the warm chemistry in real life between the two great actors as seen during the promotional release of their image teaser. It just vividly shows that they have nothing but pure admiration for each other’s excellence and craftsmanship as actors.