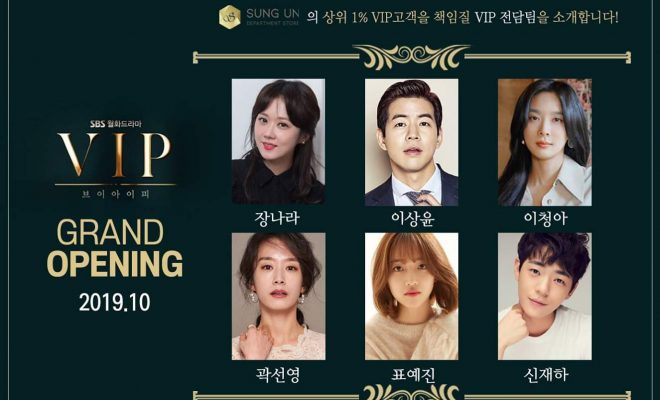 Passionate synergy is evident on the first script read-through of VIP.

Set for airing date on October 7, Jang Na Ra and Lee Sang Yoon top-bill VIP, a drama that will revolve around stories of department store workers.

Managing the team that manages the top 1% VIP customers, the office melodrama kickstarts the new broadcast programming strategy set by SBS this October.

The released SBS photos of the first table-read happened at Paju City in Gyeonggi province. Headed by Director Lee Jung Rim, the cast and crew had an eventful meeting as they prep up to complete the picture of a thrilling story. Bursting with laughter, a cheerful gathering lasted for five hours as the actors familiarized themselves with their roles. 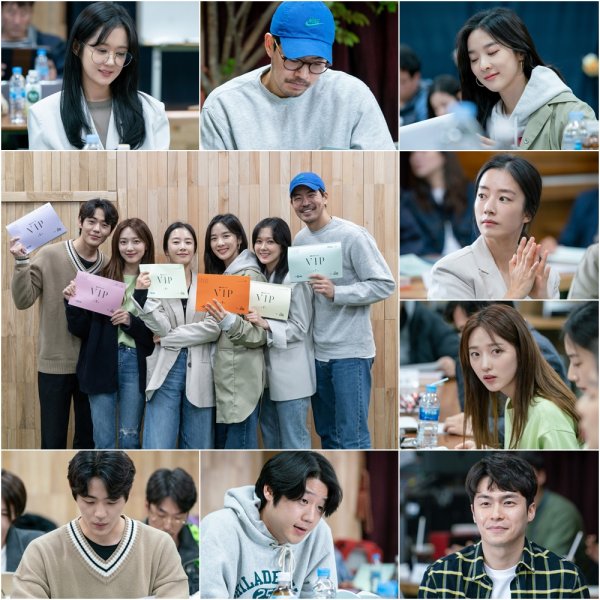 Relaying the passion of the actors, the production team remarked confidence on the actors set to give life to the VIP team. They further encourage support for the drama.

We need your support! If you have enjoyed our work, consider to support us with a one-time or recurring donation from as low as $5 to keep our site going! Donate securely below via Stripe, Paypal, Apple Pay or Google Wallet.
FacebookTwitter
SubscribeGoogleWhatsappPinterestDiggRedditStumbleuponVkWeiboPocketTumblrMailMeneameOdnoklassniki
Related ItemsJang na raLee Chung AhLee Sang YoonVIP Korean drama
← Previous Story I.O.I Delays Comeback To December + Increases Possibility To Return With Complete Members
Next Story → BTS, X1, & EXO Hailed As Leading Boy Groups In September Brand Ranking