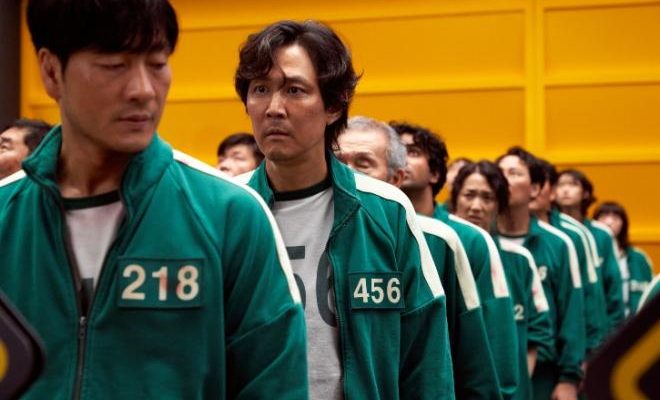 The Squid Game craze is real – and definitely for a worthy reason!

Breaking records, this year’s unprecedented K-series dark horse has been getting the raves it deserves. In case you aren’t on board yet, make time for this spectacular watch.

Squid Game tells the story of people who participated in a cryptic survival game with a prize of 45.6 billion won at stake. But it is not just an ordinary game, because risking life is pertinent to become the ultimate winner.

Today, Netflix threw in a special feature about the series highlighting its conception. Director Hwang Dong Hyuk revealed the series’ idea started as a fun Korean survival game. Art Director Chae Kyoung Sun also shared the process of creating the places and corresponding displays ensured to make the viewers feel the hidden intentions of the game. 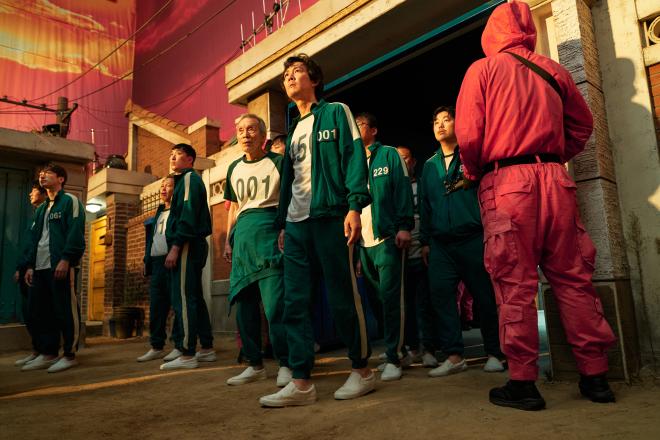 Vibrantly designed, the grand game sets also amazed the main cast just like viewers were put in the same awe.

Lee Jung Jae shared how they can’t stop taking pictures on the first day of the filming. “The set was almost dreamlike,” he said.

Wi Ha Jun reckoned how he was imagining the set from the script, but seeing it in person was different.

Concurring to her fellow actors, Jung Ho Yeon beams recalling the fantastic memories of being in the scene. She describes it as feeling like being in a fantasy world. But its realistic setting is emotional.

“The pictures were very shocking,” said Park Hae Soo. He further remarks how it went beyond his expectations and imagination.

Imaginative Process to the Mind-Blowing Games

Relaying the inspiration from the Red-Light-Green-Light game, Art Director Chae mentioned it was a famous children’s game played in the alleys in the ’70s or ’80s.

Adding to that, Director Hwang relayed how it is a simple game that can be played by a lot of people. It could also induce a shocking plot twist.

Director Hwang also revealed his intention to the tug-of-war game is to create a real playground to aid the actors’ emotions and performance by providing a sense of reality.

“The playground felt so real like the actual back alleys from the past,” said Park Hae Soo in the Marbles Game. Oh Young Soo who played Grandpa Il-nam smilingly confessed to playing marbles when he was young so he was reminded of the past. One of the most emotional parts of the series, the scenes from the marble games represent human’s greed and integrity.

Art Director Chae conveyed they exerted more effort on the set of the Marble Game. Taking a lot of time, they want to capture the sunset mood to make it more realistic.

The fifth game, Glass Stepping Stones was the most terrifying to film shared Jung Ho Yeon. In reality, the height was only 1.5 meters but it already scared the participants. Director Hwang, ensured the nervousness of the players can be expressed instinctively through the game set.

Finally, the last game – Squid Game – culminates the driving point of the story. Director Hwang left a profound message of what they want to impart.

“It seems that all that’s left for the participants is just despair fear, anger and sadness. But like the outside world, they are living in, they don’t lose humanity or hope for that humanity.” Don’t miss the exciting stories in Squid Game only on Netflix!