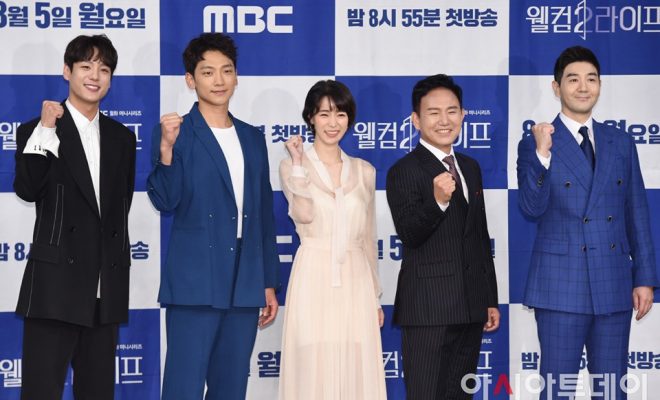 Welcome 2 Life screens two story-lines of two worlds which are so similar yet so different. The drama boasts of a popular cast which includes Jung Ji Hoon more popularly know as Rain, Lim Ji Yeon and Kwak Si Yang. 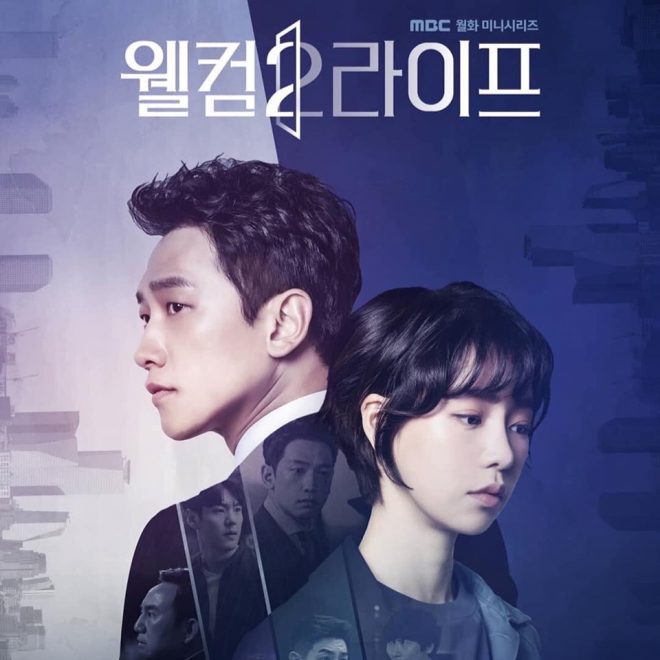 Jung Ji Hoon plays Lee Jae Sang who is a heartless lawyer with the inability to distinguish between right and wrong. Returning to the small screen after her appearance in Blow Breeze, Lim Ji Yeon takes on the role of Ra Si On who is a strong-willed detective and also the love interest of Lee Jae Sang. Kwak Si Yang portrays the role of Ra Si On’s partner detective, Goo Dong Tae who struggles due to his unrequited love for Si On.

The plot of Welcome 2 Life revolves around a cunning and corrupt lawyer, Lee Jae Sang who would use any means to win a case. He does not care about morals and is only concerned about his personal gains. An accident occurs which leads him to pass through another universe where he is living a completely different life. This change causes him to reflect on his life’s choices. 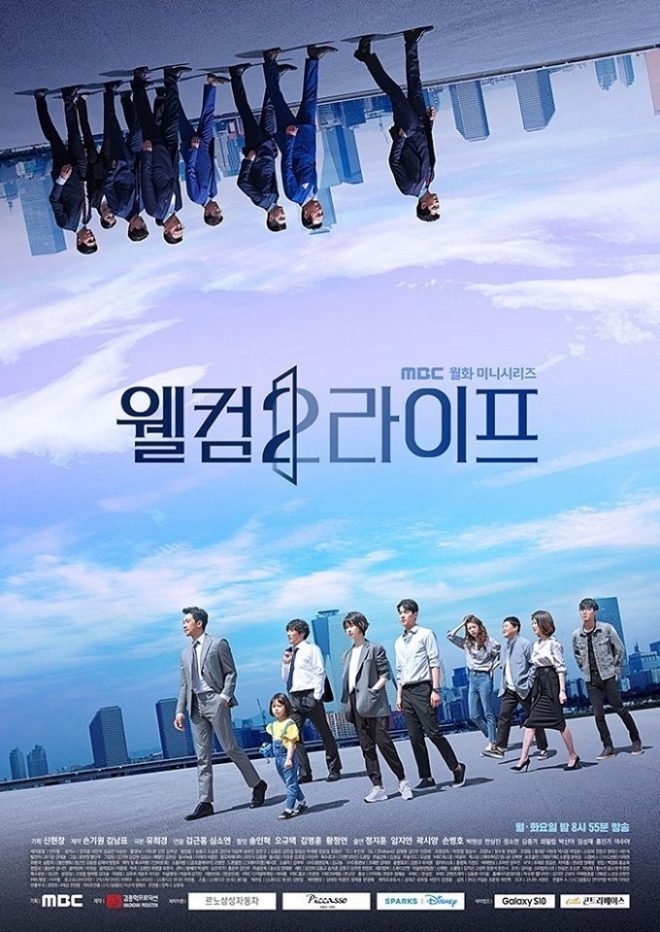 Similarly, Ra Si On from the two worlds has different personalities. Ra Si On, from the real world is grim and sad whereas, Si On in the parallel world is much more livelier.

The first half of the plot focuses on the consequences of the choices made. Up to a certain point Lee Jae Sang from both the worlds led a similar life. But later on it’s because of the different choices they had made, their lives turned out different.

Lee Jae Sang’s life in the parallel world is a representation of the kind of life he would have lived had he made a different choice. The trip in the parallel world caused the narcissistic lawyer to realize that some things are more valuable than materialistic things. The scene where Lee Jae Sang cries after his return to the real world because he misses the family he had in the other universe was very emotional. 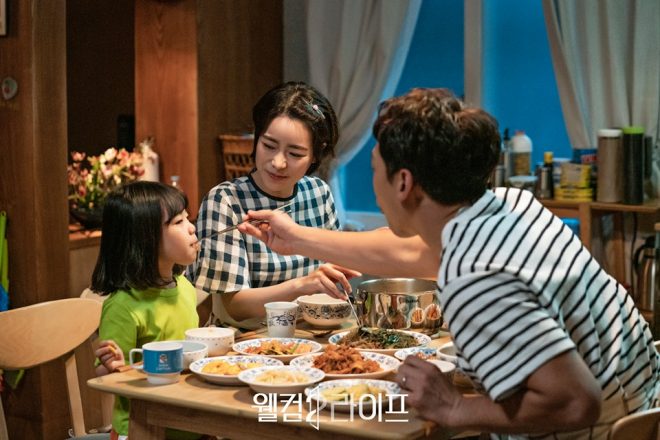 For any drama, having a powerful antagonist enhances the story-line. In this drama, the writers have done a great job in creating the characters of  Jang Do Sik and Yun Pil Woo. Jang Do Sik is a powerful politician who has no conscience and would even resort to committing murders to achieve what he wants. On the other hand, his illegitimate son, Yun Pil Woo is a psychotic murderer. A byproduct of his father’s wrong doings and his mother’s greediness, Yun Pil Woo has been on a killing spree for many years and uses the most gruesome methods for killing. Both the actors portraying the characters have immaculately played their parts well, thus, also mitigating the effects of the poor story development.

The drama started out with a bang showcasing a seamless narration. However, as the story progressed, the plot became too predictable and lost touch on the fresh elements that it had in the beginning. The flaws of the drama would be that the writers dragged the plot for too long, hence, testing the patience of the audience.

Also, there was no focus on the incidents that occurred before the switch. It was like the wrong doings Lee Jae Sang did in the past didn’t hold any relevance to the storyline.

There were some major plot holes that were impossible to ignore. Ra Si On is a detective and she is supposed to be logical so it was really a pain to watch her going alone unarmed in an isolated area only to be trapped.

And if that was not enough, Lee Jae Sang who is portrayed as cunning goes to the same site alone and unarmed and obviously falling for the quite obvious trapped. Also, the transition from the time spent at the parallel world to the real world was poor.

The journey to the parallel world ends when Lee Jae Sang wakes up in his original world and the audience is left wondering what happens next.

Judging from the situation that led to that, it felt like that writers just created that situation for the sake of creating a means to make Lee Jae Sang wake up in the real world and not much thought was given to it.

The story could have gotten better justice if the creators have shown a little more details on what happens in the parallel universe. 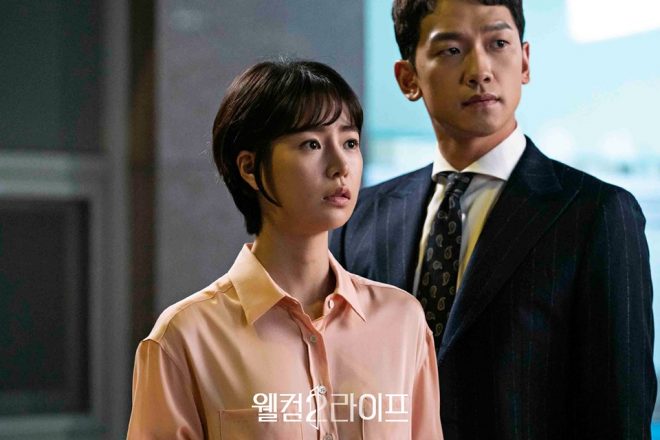 The premise behind the drama was great, but as the story evolves, the plot becomes unnecessarily too long. The initial episodes were entertaining and it was worth watching how after living the life that he never had prompted Lee Jae Sang to change to a better person.

However, the second half of the series was very boring with the characters going through the endless circles of the cat-and-mouse game.

Not much justice was done to the story of the parallel universe. What was great about the drama was the existence of the parallel world. It was comparatively a better world where Lee Jae Sang and Ra Si On were better versions of themselves.

The portrayal of how each of our decisions impact our lives for the better or for the worse was interesting. Welcome 2 Life is a trip to the life lead by the road not taken.