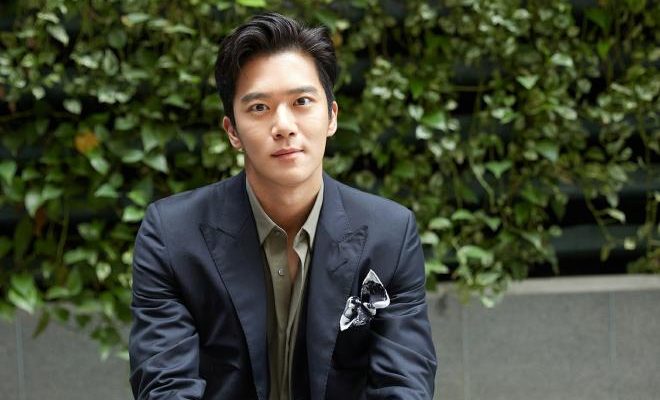 Seo Jin’s emotional journey was given a beautiful highlight in the evocative drama, When I Was The Most Beautiful, thanks to the impeccable artistry of Ha Seok Jin.

On October 15, When I Was The Most Beautiful aired its final episode with favorable reviews and ratings from viewers. The recently concluded series was the brainchild of directors Oh Kyung-hoon and Song Yeon-hwa and writer Jo Hyun-kyung.

As one of the drama’s lead actors, Ha Seok Jin successfully delivered an impressive performance by giving life to the conflicted character, Seo Jin. His portrayal was exquisitely detailed and moving as evident when he expressed strong emotions in some of the most important scenes. 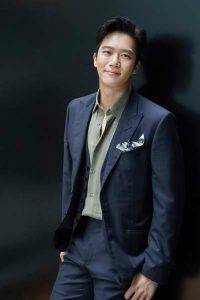 Seo Jin is a flawed character layered with an outward masculinity and firm demeanor. Underneath, however, is a broken man who is continuously hounded by emotional turmoil.

The first quarter of the story pictured him as someone whose emotions were torn between an overt aggressiveness and guilt. At the latter part, he swings between anger and frustration. And Ha Seok Jin triumphantly took the viewers to this emotional rollercoaster ride throughout the series.

A Marriage Meant To Fall Apart 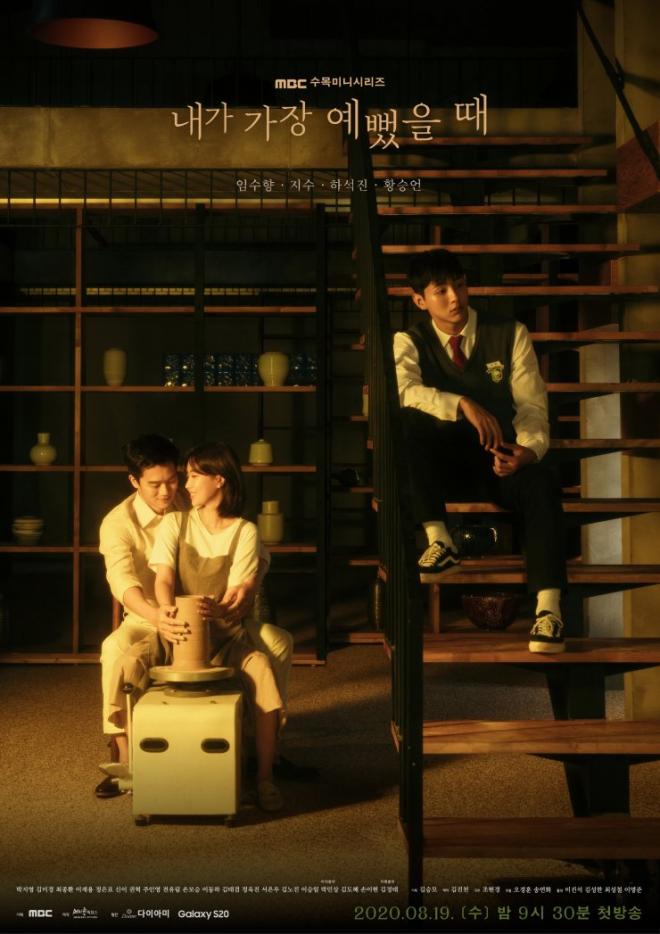 In the drama, Seo Jin and Oh Ye Ji (Im Soo Hyang) brave the world of marriage hoping for a blissful life together. However, they learn the hard way that marriage is not a walk in the park when an orchestrated accident forces them to be apart. And it signals the start of a faltering relationship between the two.

Years later, Seo Jin shows a remorseful portrait of a husband who regrets his cowardice and selfishness. Although he wants to make up for his shortcomings, his intentions unfortunately get lost in translation which is rooted from a poor navigation of emotions.

In addition, his pride almost cost him a brother who has always yielded for his happiness. It took him a while to acknowledge what his brother, Seo Hwan (Ji Soo), has given up for him.

In the end, Ye Ji, Seo Jin and Seo Hwan took their respective paths to healing and happiness. Seo Jin, after enduring such painful test in life, has finally grown into a man. Such emotional growth was quite overdue for him, nevertheless, it was an invaluable consolation for a lost love. 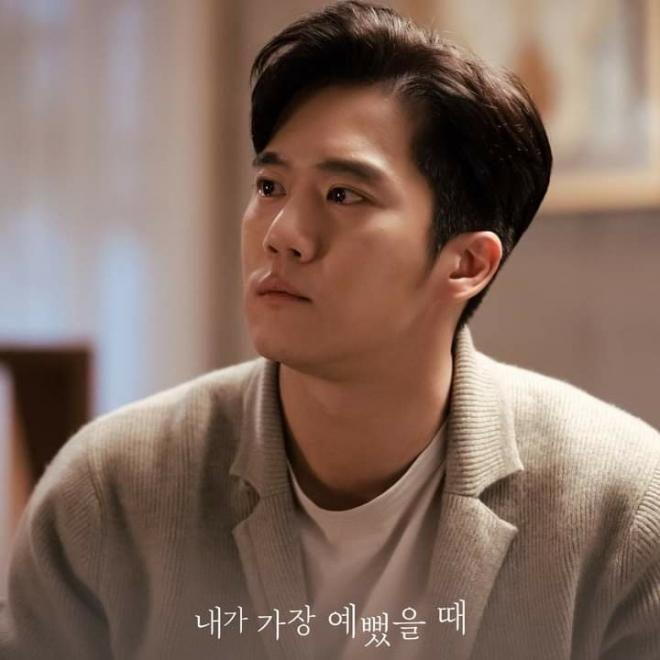 His parting words say, “I became an adult only after losing what I love. And I realized that regrets and longings only come after being left alone.”

Ha Seok Jin has expressed how he has come to appreciate Seo Jin’s character. He pointed out how his insecurities and weaknesses are something to be understood rather than be despised.

Moreover, the actor opened up about the preparations he underwent physically and mentally before suiting up for the role. Eager to portray a realistic performance, he went deep into studying the physical and mental journeys persons with disabilities go through.

He further expressed his gratitude to the entire production team for entrusting such powerful character to him. He, likewise, thanked his equally brilliant fellow actors for helping him to bring out his best performance.

A Bare-All Interview About His Role

The actor, through his management, happily obliges for an interview about his thoughts on the recently concluded melodrama, When I Was The Most Beautiful.

Q. The drama, When I Was The Most Beautiful, received a lot of attention and received a lot of love from viewers due to the resurrection of the authentic melodrama genre on television. How do you feel about the end of the drama?

HSJ: “I have been working steadily for the past 10 years. But this work is one that required me a lot of research and hard work. Compared to Seo Hwan, who showed dedication to love, Seo Jin was a character with many deficiencies in many ways. So I thought it might be difficult to receive support for this character from the viewers. Also, it was very difficult because of the high sense of duty and responsibility. But since it was a character that can be reflected upon, it seems that it will leave a lingering aftertaste. In the meantime, I would like to express my gratitude once again to the viewers who loved Seo Jin and the drama, When I was the Most Beautiful.” 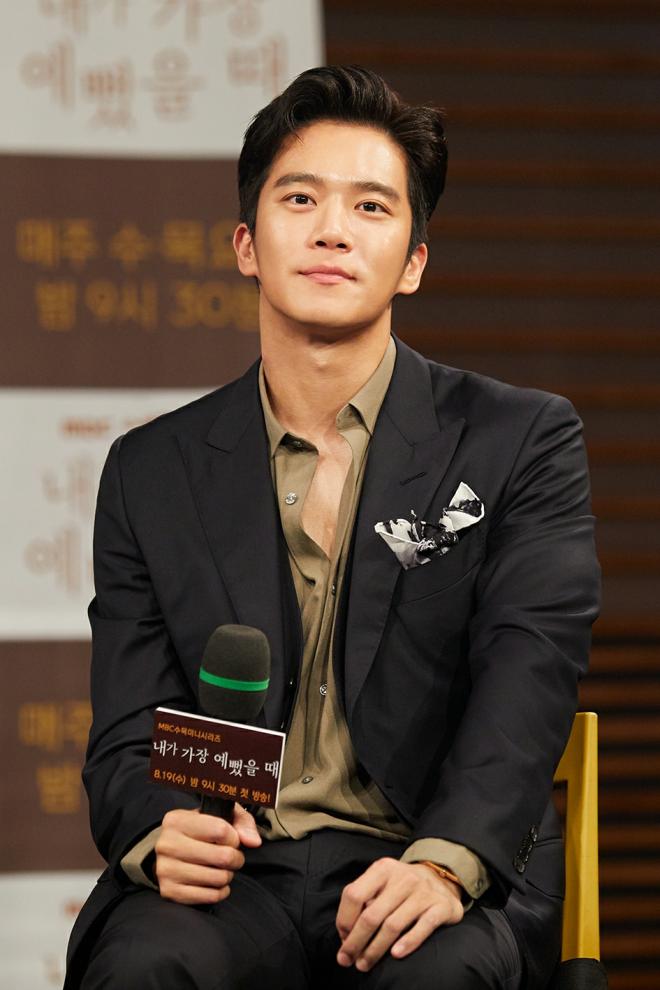 Q. You played the role of Seo Jin, the man who fell in love with his younger brother’s first love. His charisma with the instinct to go straightforward was very attractive. But what kind of person was Seo Jin? And what has attracted you the most to the character?

HSJ: “I was attracted to the three-dimensionality of a character with a soft inner surface covered in a hard shell of pride. So, at the beginning, I thought that Seo Jin’s bulldozer-like love method should be drawn attractively. The first goal was to express Seo Jin’s propensity to proceed without hesitations in everything he wanted to achieve. And the start was a bold dash move when fell in love at first sight. Still, I was the most disturbed in thoughts. Rather than being conscious of my younger brother’s first love, I was consumed about my guilt regarding the accident in my childhood that also involved my brother and father. I also thought that Seo Jin would have an inferiority complex. These characteristics seem to be visible in the eyes of my younger brother and Ye Ji.”

Extensive Preparation For The Role

Q. Unlike the gentle characters you have shown so far, you digested the acting of an unconventional character. You showed a bold acting transformation. But is there a special preparation to digest the character, or is there a part that focuses on acting?

HSJ: “Actually, having a ‘disruptive character’ is not the beginning or end of it (Laughs). To be precise, the behavioral issue is rooted from an accident that he had no choice but to show an unacceptable personality. While preparing for the character, I observed many people who were in such a similar situation. I watched movies in which the character is paralyzed. Somehow, it helped me depict the frustration of my character. I also interviewed a person who undergoes rehabilitation and tried to understand the emotional phases he experienced. I have never used a wheelchair in my life. And I have never experienced such discomfort. As I performed the role, I felt like I was really living with a wheelchair while waiting at home.”

Q. What have you prepared to draw a realistic character?

HSK: “In order to find out more about the life of a racer, I met real racers at the writer’s office and interviewed them. And I also visited places where I experienced virtual racing as a game. And then, deliberately I conditioned my mind to make my body uncomfortable.” 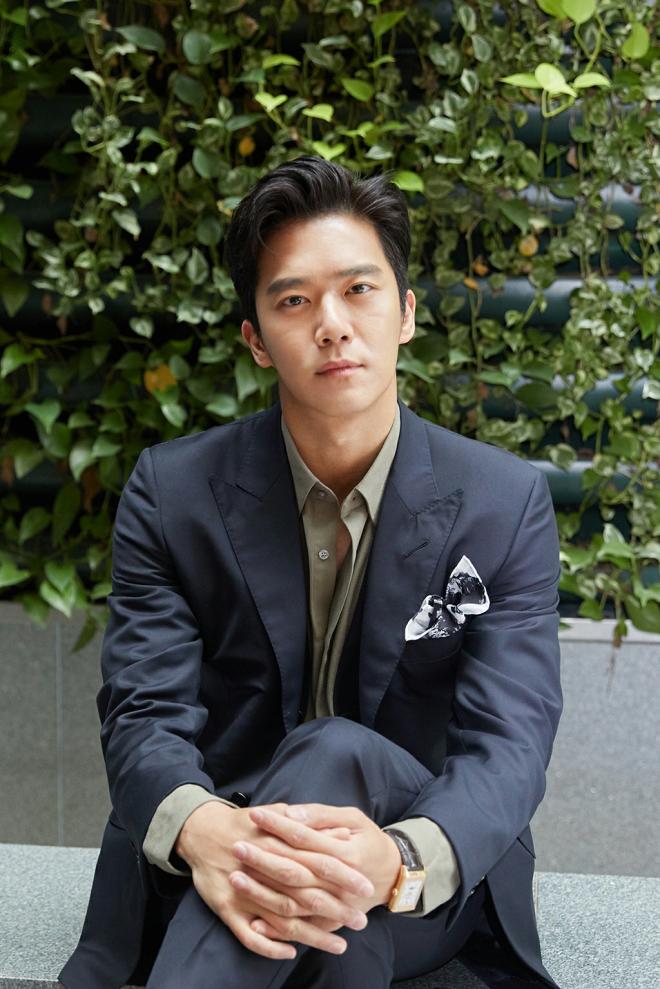 Q. In the drama, you went missing for seven years but has shockingly re-appeared as a person whose lower body has been paralyzed. How did you react about the script?

HSJ: “I already knew that I would become paralyzed because it was a set story from the first work meeting. However, when I received the actual script, there was a great pressure to express the passionate emotions especially on that moment when he reunited with his wife. And since then, he is depicted as a person who has become emotionally dark because of frustration and resignation. So I thought that it would be possible to gain sympathy from the viewers if these parts were well understood. Seo Jin, after returning, felt inferior. And he was trying to gain the sympathy of his family and his wife’s love. I got this. It was difficult, but I wanted to make it well. And I think I was able to consistently deliver well thanks to our writer who sent me a text message to cheer me on and praise my performance.”

Q. It must have been difficult because there are many scenes with requiring emotional variations. What was the most difficult thing while acting?

HSJ: “In Seo Jin’s case, I thought that if he is drowned in frustration after the accident and become a dark character, he could eventually look like a simple villain. So my mission was to try to understand and empathize with Seo Jin as much as possible. I had to sincerely express the psychological barriers, misunderstandings, and disbelief he felt. And I was worried that viewers would not be able to see things in Seo Jin’s point of view. Fortunately, the director immensely helped me in letting out a complex and profound feeling through my acting. I believe I was able to handle the delicate emotions because I thoroughly studied the character.”

Respect And Admiration For Colleagues 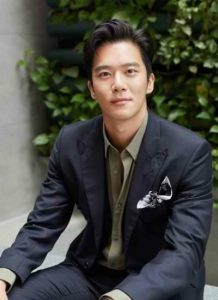 Q. How was your relationship with your co-actors? I am also curious about the atmosphere in the actual shooting site.

HSJ: “Im Soo-hyang, who played the role of Ye Ji, was very focused and immersed. I was able to rely on her because she has a good energy with a broad fountain of emotions. Thanks to all the deep emotional scenes. We finished well and I want to say thank you very much. Ji Soo, who played the role of Hwan, was so kind. His attitude to continue learning in the field is impressive. He tried to fix anything that was lacking. I applaud the wonderful Hwan who has become a man. In the second half of the drama, the actors suffered a bit because they had to draw deep emotional vortices that must be expressed beyond words such as patience, pain, anger, loss, and sorrow. Once again, I want to say that I am grateful to all the actors whom I have worked with in this drama.”

Q: Was there any memorable viewers’ reactions? Also, would you like to pick the most memorable episode or famous scene in the drama?

HSJ: “My most memorable scene is somewhat a grotesque visual of Seo Jin climbing the spiral staircase. Also, that one from the final episode when Ye Ji leaves the house. It seems that I was deeply immersed in the filming on the last day. In fact, it is very difficult to pick one because all of them were personally inflicted with pain and achievement. I think I was motivated by the reaction of viewers who cheered for Seo Jin.”

Q. What is your message to the viewers who loved When I was the most beautiful?

HSJ: “As I portrayed Seo Jin, I tried to look deeper into the character so that viewers could sympathize with and understand his points of view. I may be short of experience at times, but I tried to act sincerely in every scene. And I was grateful that many people recognized these efforts. Because of that, I think I was able to finish well without missing the emotional line until the end. In the future, I would like to gift you with another good work.”

Meanwhile, When I Was Most The Most Beautiful concluded its run with an astounding viewership rating of 5% for its finale episode. It is its highest recorded rating since the series premiered.