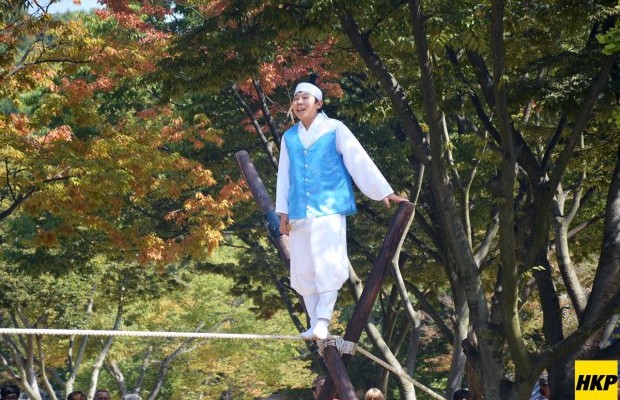 Among many performers who played drums, danced traditional dances and did shows with horses, 17-year-old Son Sang Eun caught our attention. At that young age, Sang Eun is the tightrope walker (Jultagi) at the Korean Folk Village, where he entertains crowds by walking to and fro on a rope with the help from a big fan which he uses to help him keep his balance.

In an interview with us, Sang Eun revealed after the first performance that he watched when he was in primary school, he became intrigued with tightrope walking and fell in love with it. Since then, he started to learn how to tightrope walk.  To keep in shape, Sang Eun does stretching and skipping every day. When asked if he has any fear of heights, he replied that he did not exactly have a phobia, but was quite intimidated at first. However, with practice, he became used to it and now, he has absolutely no fear about walking on the rope. Having witnessed his calm demeanor throughout the performance, even as he performed before a crowd of at least 300, which most of them were school children on school trips, one cannot help but be amazed.

Sang Eun not only walked on the rope, he jumped up and down as he made his way across, then hopped on one foot from one end to the other, and even walked backwards across it. Although Sang Eun confessed he did occasionally fall down from the rope during practice, he has never been injured because there are always safety mats below. However during the actual performances, although there is no mat, Sang Eun professed that he has never fallen off before, displaying his professionalism and grit despite the tender age.

In this fast-moving world where tradition and culture have lost much of their value, it is inspiring to see someone so young walking the line- literally and figuratively- to keep old traditions alive. 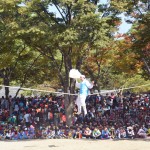 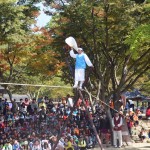 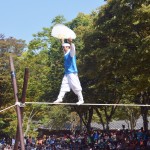 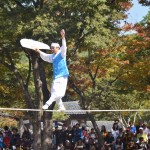 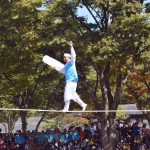 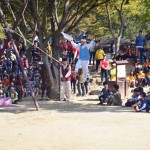 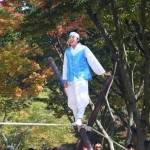 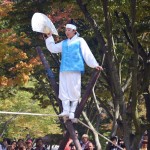 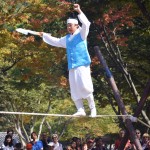 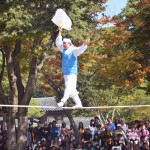 Warning: Do not attempt to perform similar acrobatic acts on your own. Such professional tightrope walkers are specially trained and under close supervision only. This video is only for illustration of traditional Korean performance of tightrope walking called Jultagi.